Sabermetric analysis is and has been the foundation of our Fantasy Baseball player projections since 1999. This analysis along with our founding concept of position scarcity, has helped us achieve superior consistency in projections accuracy. All of which can be customized to your league settings in our 2016 Player Projections Software. Let's start by looking at some of the Sabermetric indicators that are defining our 2016 Shortstop projections: 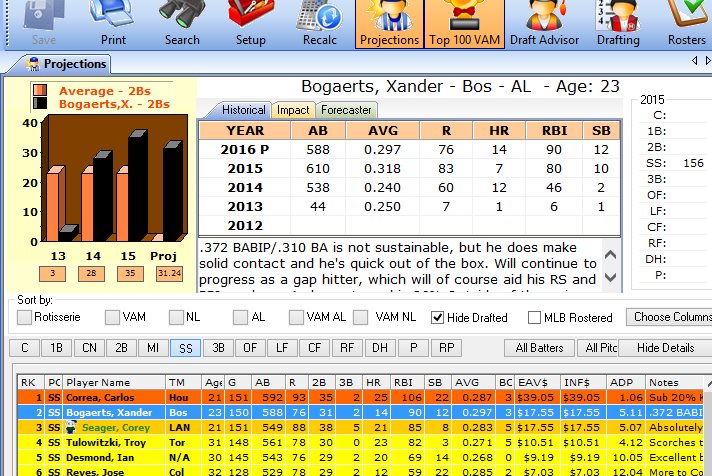 See all of the player projections and Fantasy Rankings customized for your league setup in the 2016 Fantistics Fantasy Baseball Software. Click here for Screenshots:

SS Reyes, Jose Move to Colorado will have minimal impact on power, but will have an impact on runs scored. Facing ban for domestic violence, which dampens his draft status.
SS Peralta, Jhonny Decent option at shortstop with his 15-20 HRs, 70 RBI, and decent 270 BA.
SS Tulowitzki, Troy Scorches the baseball when healthy, but therein lies the rub. 37% of his batted balls were considered hit hard, but outside of Coors field, his .451 Slug is solid especially at his position, but no longer elite.
SS Polanco, Jorge Luis The grade B prospect according to Prospect Central, Polanco posted a solid .288/.339/.386 line with 6 homers and 19 steals in AA and AAA in 2015. Eduardo Escobar has been competent at SS, but Polanco has the superior tools. His solid EYE and contact skills may force the issue by the All-Star Break.
SS Sardinas, Luis Traded to the Mariners in the offseason, the once promising prospect is now fighting for a backup role in the great northwest. He doesn't walk (4% rate) and he chases over 40% of pitches out of the zone, which is a recipe that hasn't given him a chance to do what he did in the minors: steal bases. Unless an injury hits Cano or Marte, he'll struggle to find PT.
SS Shaffer, Richie Shaffer, a C level prospect, hit 26 homers and posted a .267/.357/.539 line in AA/AAA in 2015 before the Rays called him up. And while he hit 4 homers after the call up, he posted a 58% contact rate in 74 Abs. He needs more seasoning, but his versatility combined with the injury-risks ahead of him on the depth-chart should earn him some sporadic looks.
SS Marrero, Deven Marrero showed slight improvements across the board at AAA, slashing .256/.316/.344. A C- prospect, Marrero has posted ISO's under 1 in the upper minors, and he struck out 34% of the time with Boston. While he's added 3B to positions he can play, barring injury, he'll struggle to find playing time.
SS Baez, Javier Can hit the ball a country mile, but is still battling the K rate. That said he did show progression in his 76 Abs last season, dropping his K rate to 30% from 41%. At only 23 there's plenty of time for development, but we can't expect it all to happen in 2016. If he sticks in lineup can easily be a 20-25 HR guy, but BA is a major risk play here.
SS Marte, Ketel Marte posted an 82% contact rate and a 2:1 GB/FB rate to go with a BB-rate over 9%. BABIP was .341, but underlying indicators suggest he'll maintain an AVG in the .270-.280 range.
SS Taylor, Chris Taylor posted a solid .287/.347/.346 line with the M's in 2014, but struggled to a .170/.220/.223 line last season before being sent down. His high FB rate and low contact rate have banished him to the Instructional League this fall and likely the minors for most of 2016.
SS Turner, Trea Turner posted a .322/.370/.458 line in AA/AAA in 2015 while hitting 8 homers and stealing 29 bases. While Dusty Baker will likely begin the year with the Vets, Turner showed he's ready in his 2015 audition, posting an 84% contact rate. He should force the Nats' hand by mid-May.
SS Kang, Jung-ho Displayed superior BBS of 107 on HRs last season with 409 distance. Couple this with his 34% Hard Hit rate and we're looking at a 20+ HR shortstop in 2016. A moderate 1.8:1 GB|FB ratio keeps his average in 270-280 range despite a 77% contact rate.
SS Crawford, J.P. The Grade A, uber-prospect should be up near the ASB. He posted a .288/.380/.414 line with 6 homers and 12 steals across high-A/AA and only Freddy Galvis stands in his way. It's tough not to like a SS with future 15/20 upside who brings a BB:K ratio above 1, but look for the Phillies to ease him in with an eye on 2017. 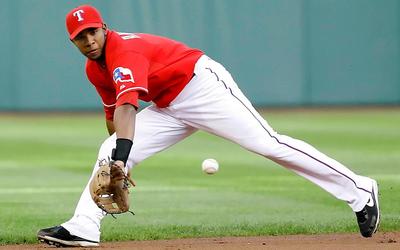 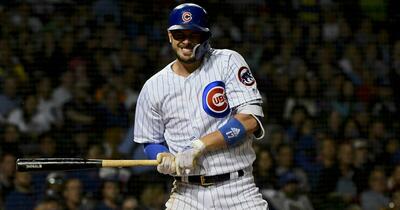 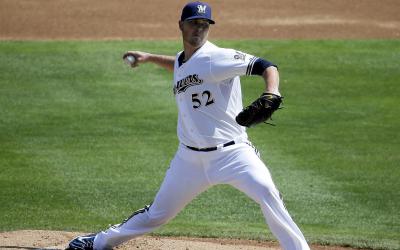 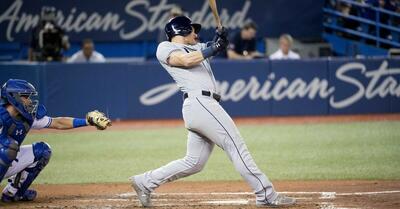 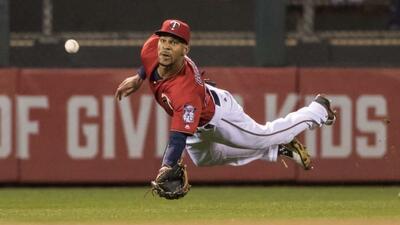 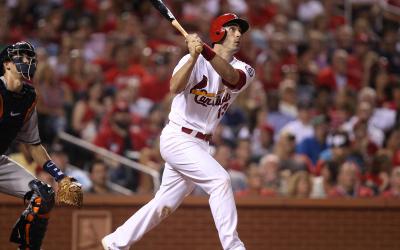 Tweets by Fantistics
AL Player Blog- 10/3/2015
The Dying Days of the 5-Man Rotation? by Kyle Elfrink