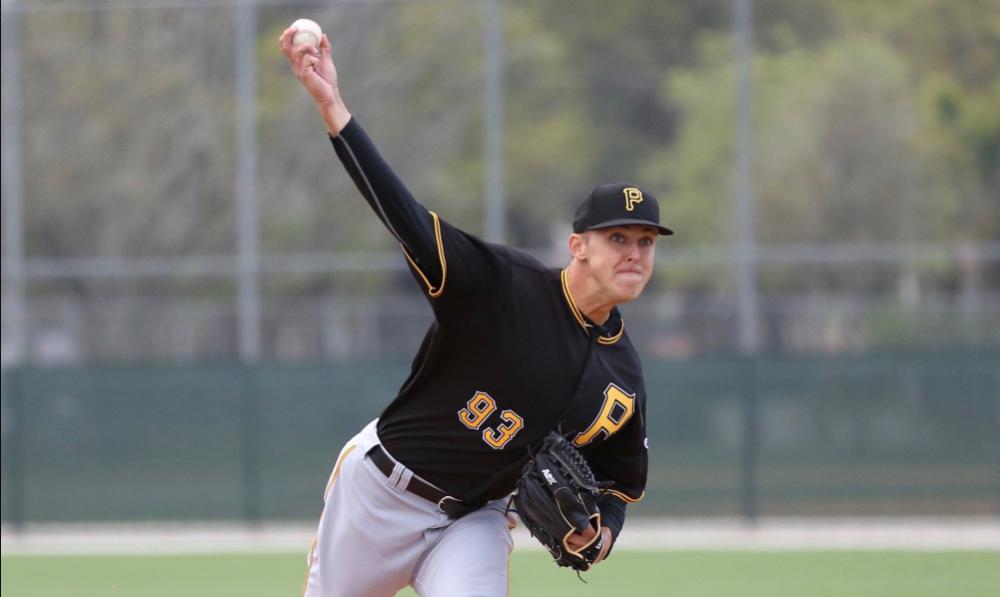 In our continuing series on the Sabermetric analysis that shapes our Player projections in our 2017 Player Projections Software. Today we'll take a look at some of the indicators that are defining our 2017 Pitcher projections:

Liriano, Francisco Struggled in the first half of 2016, then settled in with a 4.09 ERA/1.31 WHIP in 2nd half. Fastball is still intact, but most of damage came on the increase in his HR/FB rate of 19%, which works off of a big increase in his Hard Hit rate 24 to 35%. Somehow Liriano became more predictable to hitters in 2016, as his Swinging K rate dropped from 14.3 to 11.4%. Adjustment may be necessary, and he could turn it around.

Taillon, Jameson B+ level prospect, that will pitch like an ace at times, but lacks the swing and miss stuff (8.3 SwStr%) that makes most aces. That said he lives on keeping his fair share of groundballs (52%), which keeps his owners from disaster starts that many flyball pitchers are prone to.

Happ, J.A. Benefited heavily from a lucky .265 BABIP, something he has never owned in the past. His 77% Strand Rate was also the best that he's posted in the past. Then there are the 20 Wins on 21 Quality Starts, Decent #4 pitcher, but he'll likely be drafted as a #2.

Hernandez, Felix Fastball lost 1 MPH last season, which is the first crack in the armor that we've seen, and is very concerning. This resulted in a drop in his Swinging K rate from 10.8 to 9.8, still excellent, but Hernandez is no longer a lock as an elite pitcher.

Cosart, Jarred BABIP came back in line last season, unfortunately it came to the detriment of his WHIP and ERA, and his confidence in the K zone (walk Rate increased to 6.2 / 9). No fantasy value going in.
Koehler, Tom Contact pitcher who gets hit pretty hard, and usually has a BABIP in line with league averages, but as a flyball pitcher his SLG against is in the 400+ range.

Fiers, Mike Heavy flyball pitcher, that suffered with a higher than norm 15% HR/FB rate last season. Additionally his elevated BABIP of 310 hurt his WHIP and overall numbers. Should rebound, but will need in to get K rate back up to 9/9 to be successful.

Peralta, Wily Very intriguing prospect. A Groundball pitcher who was hurt by a higher than norm 333 BABIP against, however his K/9 rate fell to an undesirable 6.6, but was unlucky with a 17% HR|FB rate. As a contact pitcher, he leaves himself open to the luck of the bounce, but he could also surprise us with a luckier than average BABIP.

Gibson, Kyle Gibson is not a top flight fantasy option, but he did suffer from a .327 BABIP against and an elevated HR/FB rate 15%. So a rebound of sorts expected.

Meyer, Alex Has struggled in the minors with a heavier than desired Bbrate. Last year in limited appearances that walk rate was 6 per 9. Which really hurts his potential as he does have a 10 K/9 potential. Because of the wildness he's more of a C type prospect with a 95 MPH fastball. Needs to develop refine secondary pitches.

Nolasco, Ricky Babip settled back into norm range in 2016, ERA may improve a bit, and the Wins count last season should have been closer to 11 verses 8.

Santana, Ervin Velocity is still intact (92.5 average FB), and posted 17 QS over his 30 starts, but only registered 7 Wins. Should have been closer to 12.

deGrom, Jacob Fastball lost a full 1.6 MPH last season, but was on the rise before the scar tissue around his elbow flared. His Swinging k rate dropped from 12.7 to 10.7, which again correlates to the drop in fastball and the loss of the almost 10 MPH split between fastball and change. At issue of course is whether the elbow scar tissue will flare again in 2017. Much upside, but we need to consider the risk.

Syndergaard, Noah Somehow increased his average fastball another MPH to 98 last season! Thor does have blow you away stuff as evidenced by his elite 14.2 SwStr rate. The good news here is that his BABIP of .333 was elevated last year, so there is downward movement in his WHIP and ERA numbers in 2017, but the HR/FB rate of 8.6 is likely to increase.

Eovaldi, Nathan Lucky BABIP of .274 aided his numbers last year. Still one of the best fastballs in baseball among starters 97 MPH. However it's not a plus pitch for him, as he doesn't have one.

Hill, Rich Very fortunate 267 BABIP had a lot to do with his 1.00 WHIP and 2.12 ERA. Despite advancing Age, his fastball hasn't lost velocity in years and still remains a + pitch, along with his Changeup. Decent 8 MPH split. HR/FB rate is going to increase from the 2016 5% rate, so don't pay for the 2016 averages.

Nova, Ivan Still struggles against LHH (.518 slg) and on the road (546 slg), but was brilliant at home. Count progress if he can stop getting hit hard (34% last year) with 16% HR/FB rate. That said his Win total from a year ago was inflated.

Pineda, Michael His fastball gained a full 1.3 MPH that was lost in recent arm injuries, but the results were not there. Most notable was his .337 BABIP against, which in some part may have been justified given his 33% Hard Hit rate against. The question is whether or not that's just a series of bad luck or a loss in skill set. Swinging K rate is elite at 14% as is his 1.18 K/I. Oh did I mention the unlucky 33% HR/FB rate? I don't mind taking a late flyer here.

Sabathia, CC Did not get hit hard in 2016, and his BABIP of 284 reflected that, a reversal could be in store for the aging former star.

Tanaka, Masahiro His splitfinger fastball is keeping him in the game despite the questionable elbow that he's been playing through. Every season I'm hesitant to recommend him, but he keeps getting it done. Last year a full 31 starts, but there are signs that he's slipping a bit. Although his 11% SwStr rate is still excellent, that has been declining over the last 3 years from 13.4 and his K/9 is down to 7.4 from 9.3. Last year he benefited from a .270 BABIP. So some regression is expected. 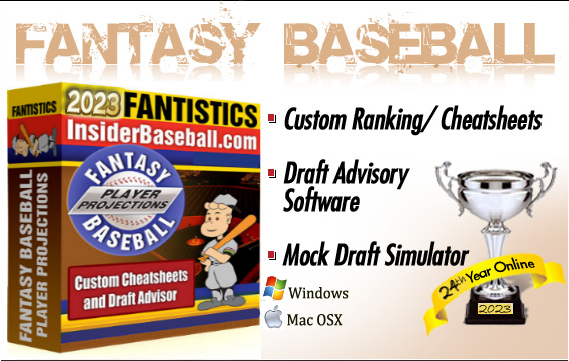