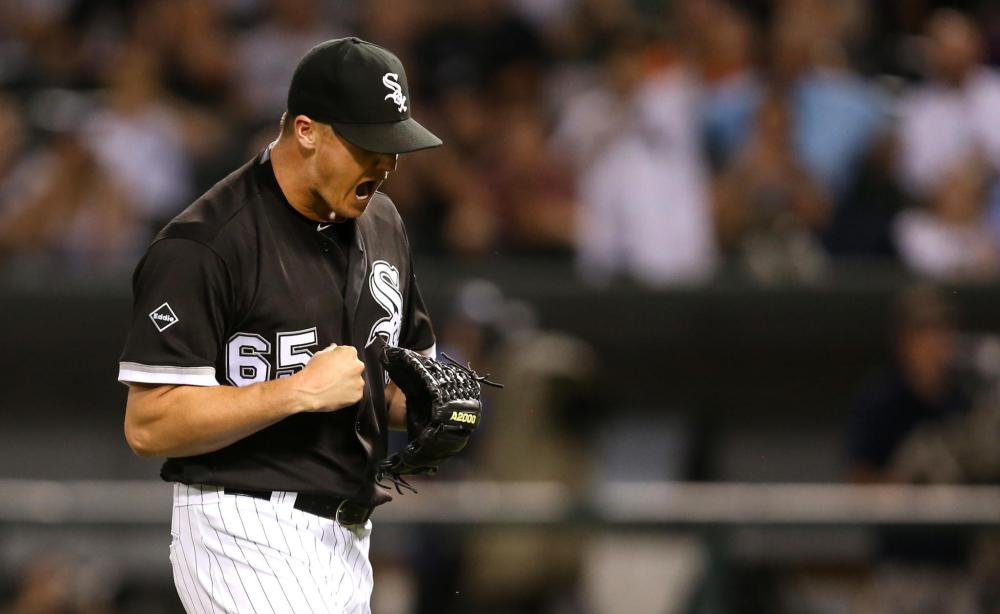 -The Nationals lost rising star Koda Glover to a nagging hip injury that popped back up on Tuesday. Glover dealt with similar issues at the end of last season, but the injury itself doesn't sound that serious this time around. Manager Dusty Baker was quoted saying "Cold weather probably didn't help last night. He didn't want to go on the DL. We think it's best for him and what's best for him is also what's best for us." Nonethless, Shawn Kelley now has a great opportunity to seize the closing job and establish himself as the primary closer for the Nats, so he needs to be universally owned.

-The 2016 version of Fernando Rodney was a disaster. He posted a solid 26% strikeout rate, but his 13% walk rate contributed to his difficulties with his ratios. So far in 2017, it's been more of the same with a 24% strikeout rate and an 11% walk rate. He's also already allowed two homeruns in the high-altitude air of Colorado. We knew this match wasn't going to last the entire season, but it's still not clear who the handcuff will be for the Diamondbacks. The team's best reliever, Archie Bradley, seems to be getting stretched out to fill in for the recently injured Shelby Miller, so that basically leaves JJ Hoover or other starter-turned-reliever Jorge de la Rosa for the 9th inning. Since Hoover is a right-hander, he likely has the upper hand for the job, but it's really anyone's guess the direction will go, at this point. Hoover has been very good since coming to Arizona, striking out 33% of his opponents, while also generating a 46% groundball rate, something that's key to success in Chase Field.

-The Angels have had an exciting week, sending Cam Bedrosian to the 10-day disabled list with a groin strain, and then trading for intriguing reliever David Hernandez to help fill the void on Monday. It's been Bud Norris, however, who has seen all four of the team's save chances over the last week. Norris has enjoyed a healthy boost to his swinging strike rate after moving to the bullpen on a full-time basis this year. As a starter, he usually sat around 9%, but as a reliever, he's posted a mark of 13% this year. With it has come a 5% jump in his chase rate and an incredible 14.5% increase to his first strike percentage, which is now at 76.5%. As a reliever, he's also changed his pitch deployment quite a bit, relying on his cutter nearly 30% more often than in previous years and throwing his slider less frequently. That's been a recipe for success for Norris, especially since his cutter has consistently been his best pitch over the last several seasons. Herandez is a decent handcuff, but it's looking like this will be Norris' job until Bedrosian and/or Street get healthy.

-Roberto Osuna has had a rough April. After beginning the year on the disabled list, Osuna has already blown three saves and has allowed runs in four of his six appearances. It's hard to come to definite conclusions, but digging deeper shows he may have suffered a bit of bad luck. Despite six strikeouts and no walks in six innings of work, he has managed to post a terrible 53% strand rate. Part of that can be due to his 35% hard hit rate allowed, but he allowed a 37% hard hit rate last year and posted a strand rate of 82.5%. Was last year over-stated? Is this year under-stated? The answer to that is probably yes to both. Regardless, his xFIP of 3.12 does seem like a better indicator of where his ERA should be sitting at, not his current 7.50 mark. We know his job is fairly safe, so assuming health, I'm not overly concerned here, but Jason Grilli is the recommended handcuff here.