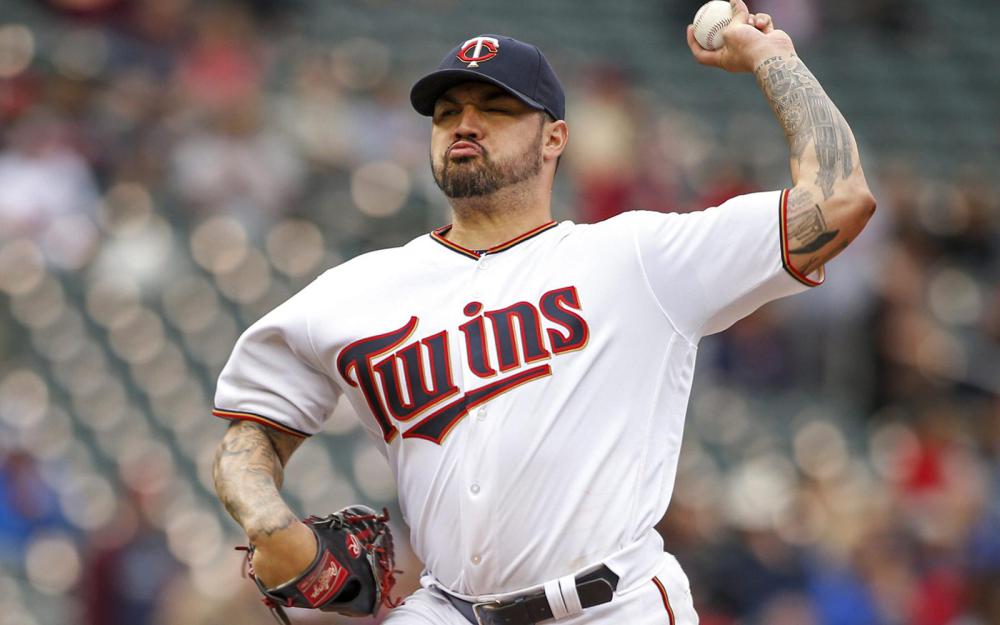 Hector Santiago shut out the White Sox over seven innings, giving up just six hits with no walks and six strikeouts. He's off to quite the start on the season, with a 1.47 ERA over his first 18.1 innings. He's got just 11 K's, but on the bright side he's allowed just three walks and just one home run. The home runs will undoubtedly regress upwards towards his career rate of 1.3 HR/9 (1.63 last year) compared to his current rate of 0.49, but the strikeouts should tick up a bit as well. He's got slightly better than an 11% swinging strike rate, which makes it pretty impressive that his K/9 is only 5.40. More K's should help offset his unsightly 4.81 xFIP which is waiting for the HR regression. He came into the game with just a 50% first pitch strike rate, which bodes poorly for his future walk rate, but he pounded the strike zone today with 69 of his 95 pitches being strikes. He didn't throw a single curveball, instead relying mostly on his four seam/sinker/changeup mix, and I get excited when I see an actual change in pitch mix that I can point to and try to decide if a performance is legit or not. Santiago is worth a look in mixed leagues at this point, but don't expect him to keep up this pace. He has a home date with Detroit in his next turn on the bump.

Jose Bautista put up another goose egg against the Orioles, going 0-4 with a walk and two K's. I'm officially worried. Time yields to no man, and it seems like father time might have finally caught up with Joey Bats. The surface stats are bad enough - .136/.264/.182, 7 BB/15 K in 53 plate appearances. However, how he's got there so far is even worse. His swinging strike rate, which has consistently hovered around 7% for years, has nearly doubled to 12%. His contact rate has plummeted from 80% to 69%, and his contact rate on pitches in the zone has dropped 12%. If he can't even catch up with strikes, he's going to have a hard time blasting 30+ homers. He's still walking a lot, at least, and he will have to really implode for the Jays to move him out of the heart of the order, so he will still carry OBP and R+RBI value. We always preach patience in the early going, but at the risk of being premature...if I can get fair value for Bautista, I'm willing to deal him.

Tyler Skaggs made his third start of the season, which went much more smoothly than his first two starts had. Coming into this game he'd given up 10 ER over 10.1 IP, but against the Royals in Kauffman he blanked them over seven innings. He gave up just four hits and two walks while striking out nine, although he was stuck with a no-decision. The good news is that his fastball velocity ticked up about half a MPH from his previous starts, and the better news is that he got a ton of whiffs with his fastball and curve. He's got 19 strikeouts over his first 17.1 innings, although the same lack of control that has always plagued him is still prevalent, as he's allowed seven walks in those same 17.1 innings. The K's make him interesting in deeper mixed leagues, but the bad WHIP and inconsistency will make him maddening for those that continue to dream on his upside. He'll line up against an anemic Jays offense at home in his next start.

Mitch Haniger continued to scoff at major league pitching, bashing a three-run homer off of Cole Hamels. It was his only hit of the day as he finished 1-3, but he also walked twice, and is making the Mariners look brilliant to plop him in the two-hole to open the year. All he's done to date is hit .294/.410/.588 with a 15% walk rate (albeit with a 26% K%). Oh, and he's thrown in two steals just for good measure. He's showing terrific patience and plate discipline, swinging at just 40% of pitches while chasing out of the zone just 19% of the time. He's also making good contact, with a very low 8% swinging strike rate and 81% contact rate. Obviously pitchers will adjust to what he's doing and he'll have to adjust back, but that will come in due time. For now this performance looks largely legitimate, so if I owned him I wouldn't be selling high. He seems set in the two-hole, which will be valuable to his R+RBI count, and he could even snag double-digit bases. He's definitely not a .300 hitter, so the average will come down to earth, but go ahead and give yourself a pat on the back if you grabbed him in your draft this year.

Another Rangers game, another implosion from Sam Dyson. He was called upon in the ninth inning once again to slam the door on the Mariners, but instead he was charged with his third blown save and third loss on the season as he gave up two runs on three hits and two walks, while retiring only one batter. Tony Barnette was a guy we thought may take over for Dyson as closer, but he was used in the sixth inning and was charged with a blown save himself as he allowed two runs in an inning and a third. Matt Bush was back on the mound and pitched the eighth inning, which indicates that he is most likely the next man up as closer at this point. He's probably been added in the majority of competitive leagues by now, but if he hasn't he should be scooped up.

This is just a small sample our our daily analysis, join our member area for over 80 player updates daily: http://www.fantistics.com/salesbaseball.php3 Click here for details: https://www.insiderbaseball.com/baseballsample.htm"