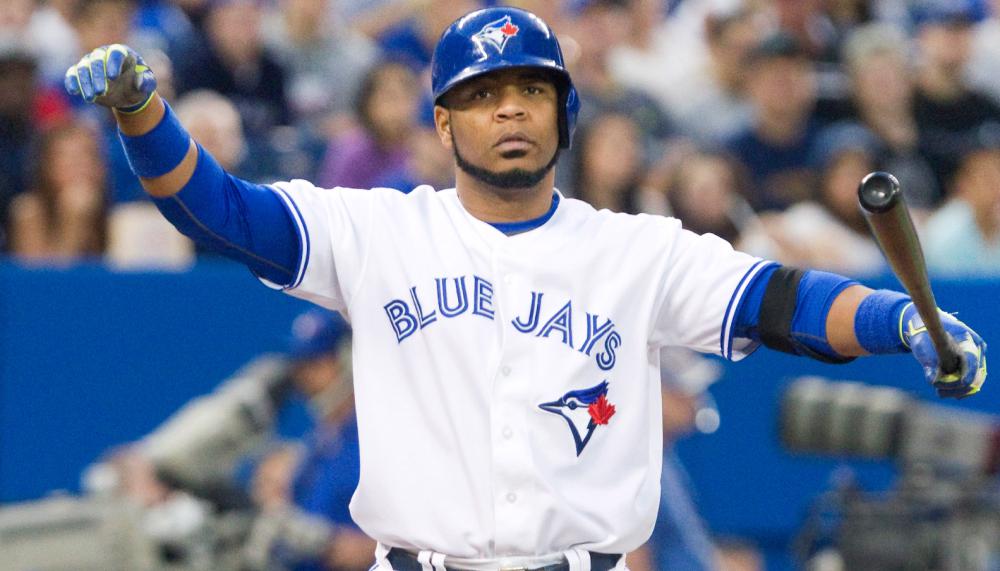 Edwin Encarnacion (CLE) - Edwin Encarnacion hit his first home run of the year yesterday and today he draws a dream matchup against Texas. Encarnacion will enjoy a favorable park shift to Arlington and he'll face a marginal starting pitcher in Martin Perez. While Perez is a lefty and Encarnacion is righty, EE won't benefit much on the splits side because he has historically been slightly reverse splits throughout his career. Nonetheless, his 38% hard hit rate should play well against Martin Perez's .341 wOBA allowed versus right-handed batters last season. Encarnacion is just $4,400 on DraftKings and would be a top cash play.

Greg Bird (NY) - At near minimum price on both FanDuel ($2,400) and DraftKings ($2,800), Greg Bird becomes an intriguing cash game value play. Despite the negative park shift to Tropicana Field, Bird gains the split advantage against Jake Odorizzi. In a small sample size in 2015, Bird destroyed right-handed pitching to the tune of a .378 wOBA and .294 ISO. He hit clean-up on opening day, so a favorable lineup spot is expected again today.

JJ Reddick (HOU) - While his injury prone tendencies caused him to fall in season long drafts, we don't have the same concerns in daily fantasy baseball. Throughout his career, Reddick has mashed right-handed pitchers with a .338 wOBA and .187 ISO. Seattle's starting pitcher on Tuesday, Hisashi Iwakuma, has struggled this spring and showed plenty of regression to his hard hit rate (33%) and homeruns allowed (28) in 2016. It's a nice spot for a near minimum priced outfielder.

Mark Trumbo (BAL) - Mark Trumbo wasted little time rewarding the Orioles for bringing him back as he crushed a walk-off home run against the new Blue Jays closer, Jason Grilli, in the 11th inning on Monday. Trumbo's swing his built for Camden Yards and his 39% hard hit rate is a big driver of his 24% HR/FB rate from a season ago. He may see minor regression to that second number moving forward, but for the most part, Trumbo will again be a safe source of power the rest of the year.

Kevin Gausman (BAL) - Kevin Gausman enjoyed his first opening day start of his career and was cruising until the 5th inning when the wheels began falling off. The right-hander walked 3 batters in the 5th inning and finished with 2 earned runs allowed on 5 hits and 4 walks. Gausman has been a popular pick to be a breakout player in 2017. With three straight seasons of strikeout and walk rate improvements, Gausman's mid-90's fastball is certainly live enough for him to take another step forward in 2017. Unfortunately, his home ball park doesn't play well with his high HR/FB rate and the tough AL East makes it difficult to trust very many of his matchups.