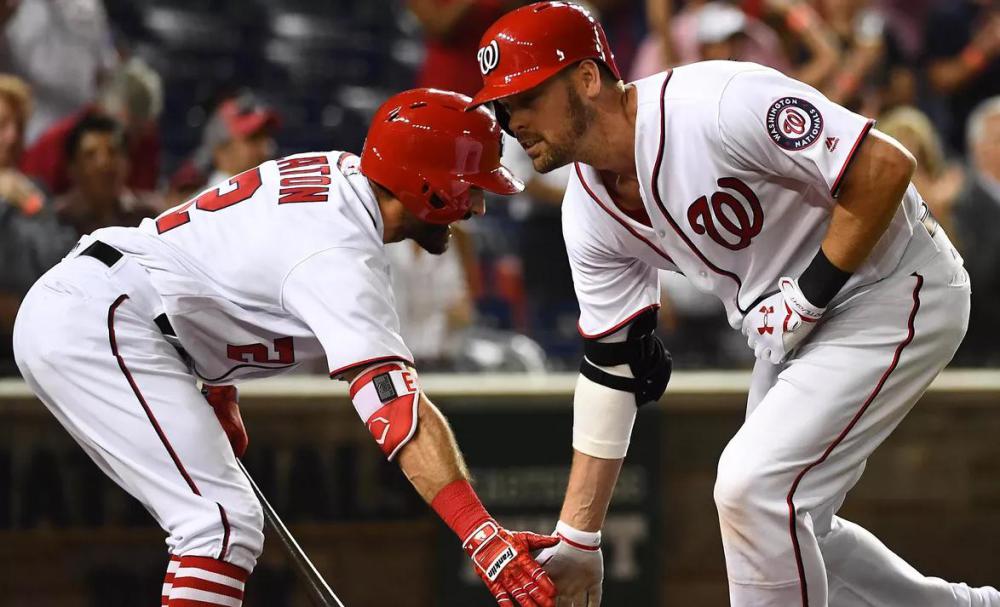 Matt Wieters- C- WAS- Hot- Wieters has taken advantage of a .409 BABIP to post a .370 average in the early going. This is a stark turnaround from the .143 average he posted in the Grapefruit League. Wieters has shown outstanding plate discipline. He has only swung at 41.6% of pitches and has made contact to the tune of 90.4% when he does, with only a 3.9% swinging strike %. The result of selectivity is 5 walks but only 4 Ks in 33 PAs. When Wieters makes contact he generally hits in weakly on the ground, with a 30.4% soft hit % and 47.8% GB%. When regression to the mean happens Wieters' average will drop, but if he can maintain his Batting EYE anywhere near the 1.25 and his power (which has him with an equal number of singles and extra base hits) his value will be solid.

Brett Anderson- P- CHN- Hot- Anderson threw 5 shutout innings yesterday, picking up his first win of the season and giving him an ERA of 0.84 after 2 starts. He was uncharacteristically wild, allowing 4 walks and throwing only 48 of his 90 pitches for strikes. Anderson's FIP is at 3.26, which would be about a best case scenario. In his only season starting all year, in 2015 with the Dodgers, Anderson posted a 3.69 ERA and 3.94 FIP. Pitching for the Cubs, as long as he can pitch moderately effectively he should have the chance for wins and he probably won't hurt you with a lot of miserable outings.

Orlando Arcia- SS- MIL- Hot- We are at the point in the season where we see wild swings in season numbers in the course of a day. Arcia's game yesterday is a perfect example of that. He entered the game with the Reds with a .136 average and .214 BABIP. A large single serving of regression to the mean hit yesterday as Arcia went 3-for-4 with a run. This boosted his average to .231 and his BABIP to .333. Arcia is learning on the job to some extent this season as he is in his first full season as a major league regular. A good sign is that since he didn't strike out yesterday he posted consecutive games without a K for the first time this year.