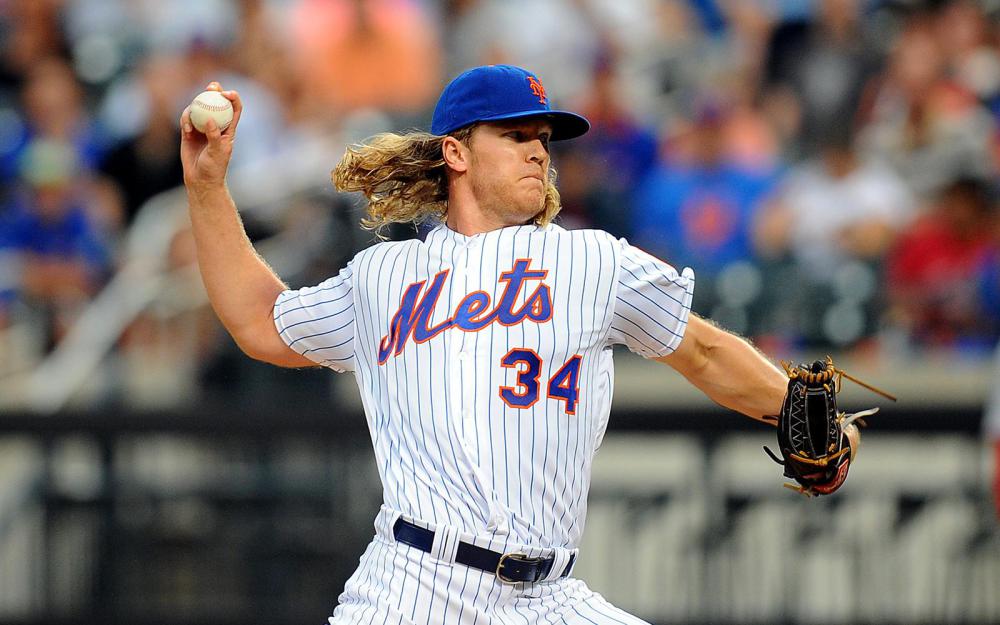 Kenta Maeda (SP-LAD) - Maeda most likely saved his rotation spot on Friday against the Phillies, tossing seven innings of two-run ball with eight strikeouts. Maeda lowered his ERA from 8.05 to 6.58 in this one. Overall, his 27:6 K:BB in 26 innings is actually pretty encouraging, with the ERA being inflated thanks to a whopping seven home runs allowed. Maeda looks to have the ceiling of countryman Hiroki Kuroda, a solid #3 starter in his day. Maeda got an extra day off for this start, and the time off appeared to invigorate the Dodger starter. He was also called out somewhat in the media by manager Dave Roberts, and there's little doubt that we'll see him starting a game in the next five or so days.

Orlando Arcia (SS-MIL) - The hype surrounding Arcia has died down recently, but I do think there is still more to come from his bat. That was on display Friday, as Arcia doubled and hit a three-run homer off NY's Bartolo Colon. He's still batting just .243/.273/.432. Arcia's .189 ISO is pretty impressive, but his 19:3 K:BB is not. Arcia had just a 6.6% BB% in his last AAA stint as a 21-year-old, so perhaps with more experience, we'll see his plate discipline show some improvement. As for his upside in the near term, 10 homers and 20 steals looks to be his upside.
.
Noah Syndergaard (SP-NYM) - Syndergaard will return from a sore biceps and make his next start Sunday against the Nationals, so hopefully you have him active for the week. That said, I worry a bit about Syndergaard for a couple reasons and could see selling him if he has a strong start on Sunday. First, throwing upper-90s fastballs and 92-93 mph sliders isn't (NEWSFLASH) good for the arm. Maybe he's just a freak of nature who can handle the abuse, but I'm skeptical. Second, the Mets are a disaster and just can't seem to keep anyone healthy. Syndergaard is one of the top-five pitchers in the game right now and with a 1.73 ERA and pretty solid 30:0 K:BB in 26 innings, he will be firmly in the Cy Young mix if he can make it to 200 innings. That said, if someone wants to offer you a 2-for-1 with two really good pieces coming your way, I'd have to look long and hard at that one. Q

Lance Lynn (SP-STL) - In his first full year back from Tommy John surgery, Lynn has gotten off to as good of a start as can be expected. With six innings of one-run ball and seven strikeouts in Milwaukee on Friday, Lynn lowered his ERA to a solid 2.45 on the season. In 29.1 innings, Lynn's K:BB sits at 25:10, which is fine, though it would be good to see his walks go down. With his velocity and peripherals back to pre-surgery form, Lynn is exceeding expectations and there appears to be no reason why he can't be a SP3 in 12-team mixed leagues.

Ryan Zimmerman (1B-WAS) - Anyone care to guess who has the higher SLG% this year between Zimmerman and Bryce Harper? Of course that's a trick question, as after hitting home runs nine and ten on Friday, the answer is Zimmerman. Hitting cleanup in baseball's best lineup (easily), Zimmerman is now batting .392/.442/.861 with 10 home runs and 24 RBI. It's been an incredible renaissance for Zimmerman this year for a guy who hasn't been fantasy-relevant for four seasons. Zimmerman's .438 BABIP is obviously in line for a decline, but perhaps he's finally healthy and drinking from the fountain of youth. Given how good he was in past years, I'm inclined to think this is for real, so I could see him finishing something like .285-28-100.

This is just a small sample our our daily analysis, join our member area for over 80 player updates daily. Click here for details:https://www.insiderbaseball.com/baseballsample.htm Click here to register:http://www.fantistics.com/salesbaseball.php3