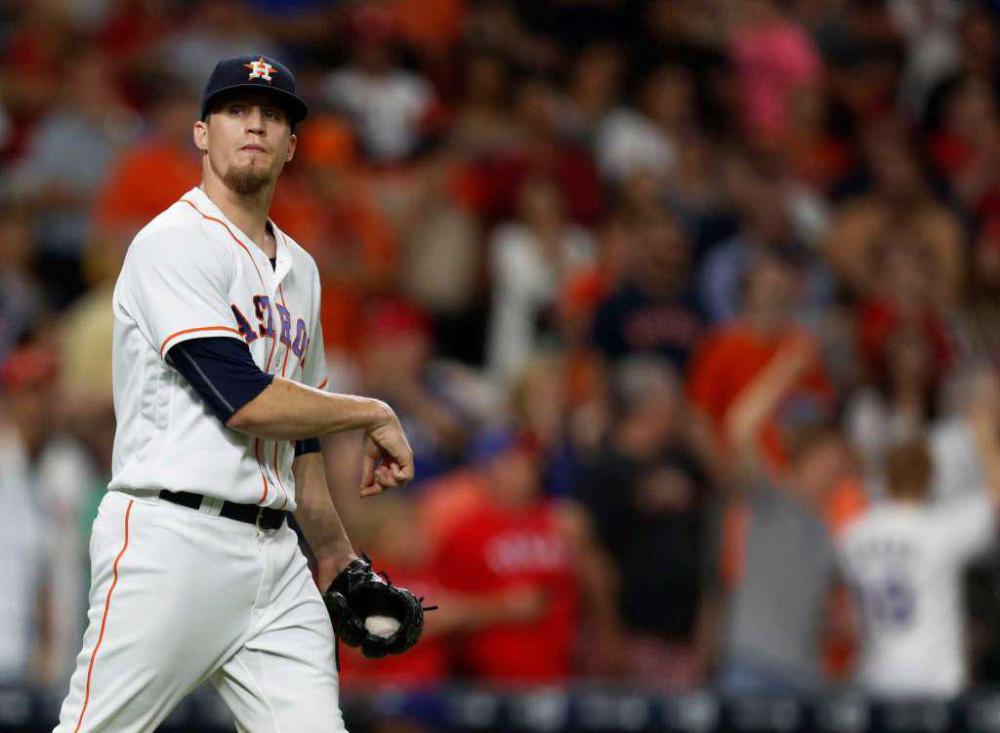 Welcome to the second edition of A Closer Look! Over the last week, several major league teams have shaken up their bullpens and a couple even have new closers. We'll do our best to address all of this uncertainty and provide you with the best guidance we can to help you stay ahead of the crowd, not chasing them.

First up, however, is a minor housekeeping note. In our closer rankings and projections at the bottom of the article, veteran subscribers will notice that the closer's statistics have returned next to their name. For you rookies, a number is shown in red text if it is considered worse than league average. While I consider a multitude of different statistics when developing my rankings and identifying potential closers-in-waiting, these core statistics hold a lot of value when predicting the future success of a given closer. To quickly brief you on what each statistic means, I'll break down each category below in the glossary. You'll also see me referencing many of these statistics in the "Around the League" section up next.

GB% (groundball rate)- Groundball percentage is calculated by taking the total groundballs allowed divided by the total balls put in play. The league average groundball rate is 44%, but in general, a player is considered a heavy groundball pitcher if he induces groundballs more than 50% of the time. While it's not a requirement, we do like to see closers with high groundball rates because we know that groundballs tend to be the least damaging type of batted ball (average batting average of .239 and a wOBA of just .220).

SwStr% (Swinging Strike Rate) - A personal favorite of mine, swinging strike rate is the closest thing we have to a silver bullet predictive indicator (hint: despite our desires, it's still not even close to being a silver bullet!). It's a pretty straight forward stat, to calculate you take the total swing and misses out of the total pitches thrown. When projecting future strikeouts, SwStr% is the best indicative stat that's currently publicly available. League average is around 10.1% and I generally consider anything above 13% as being elite.

Contact % - Contact percentage is the total number of pitches that resulted in contact divided by total pitches. Of all the statistics I show, this is the one that's most dependent on other indicator stats in order to be useful. For example, if a pitcher allows a lot of contact, but most of those balls result in groundballs, then he can be successful. Conversely, if that same pitcher also allows a Hard Hit - Soft Hit percentage of 30% (see below), that's going to be a problem if he allows a high contact %. League average is about 78.2%, but as I mentioned above, it's hard to put a number value on "elite" or even "below average". Obviously, the lower the better, but many pitchers can be very successful on high contact percentages as long as they have other contextual factors working for them (i.e. defense, command, high spin rate, etc).

Hard - Soft % - That brings us to our most subjective statistic. A proprietary statistic created and tracked by Baseball Information Solutions, hard hit and soft hit rates are still relatively new to the scene for sabermetricians. There's not an exact formula that you can use to calculate your own rates (BIS keeps their formula confidential), but we do know their scouts individually track each type of batted ball and use their system to assign a soft, medium, or hard hit value. At Fantistics, we have embraced this new information and have found it particularly useful when evaluating offensive players. On the pitching side, I like to look at the information to gauge the quality of contact against a specific pitcher. Common sense tells you that you want your pitcher to only induce weak (or soft) contact, while also limiting the hard contact. Thus, it makes sense to look at a pitcher's hard hit rate allowed minus his soft hit rate allowed. League average for this calculation is around 10.2%, so anything below this mark is what we like to see (yes - we love to see negative numbers!).

Note: Please remember that the sample size for this data in exceptionally small. Don't place too much emphasis on the statistics early this season, but merely keep this data in mind as you run your analysis.

-Phillies manager Pete Mackanin gave a token nod of respect to Jeanmar Gomez out of spring training and allowed him to continue serving as the team's closer after holding down the job for most of last year. Gomez is nowhere near the most talented arm in the Phillies bullpen and his results over the team's first two weeks reflected his talent limitations. In his place, Mackanin opted to hand the job to veteran Joaquin Benoit instead of the best arm in the bullpen, Hector Neris. I have a couple of theories about why Benoit may have been given the job over Neris. First and foremost, the Phillies are unlikely to be competing for a playoff spot this season, so the aging Benoit could be an attractive trade piece at the trade deadline. Secondly, Benoit has previous closing experience, so it's an easy a decision to defend for an inexperienced manager like Mackanin. Finally, there's also something to be said about keeping stability throughout the rest of the bullpen despite the change in the closing role. Neris is an elite set-up man and has thrived in that role. Instead of making two guys take on a new role (both a new set-up man and a new closer), it can sometimes make sense to just replace the closer. Owners of Hector Neris can continue to stash him on their bench, or even deploy him on a weekly basis for moderate strikeouts and excellent ratios. Benoit has a spotty track record of success as a closer and rarely stays healthy for an entire year. It seems a certainty that Neris will get his shot at some point this season, but it's going to require a little more patience.

-Texas also made a change in the 9th inning, but the Rangers situation isn't quite as straightforward as the Phillies. Manager Brian Bannister has eluded to using a committee between Matt Bush, Jeremy Jeffress, and Tony Barnette, but it's worth mentioning that Matt Bush has been dealing with some shoulder pain and had to receive an injection in his AC joint on Thursday. Jeffress has prior closing experience during his time in Milwaukee, but he wasn't particularly effective. His swinging strike rate has fallen from a career high in 2015 at 11.4%, down to 9.6% last year and it's down to just 8.8% in a minuscule sample this year. He has managed to offset it, however, with a bump up in his groundball rate since coming to Texas. Finally, there's 33 year old Tony Barnette, who up until this week, you probably had no idea he was even on the Rangers roster. Barnette needs to be taken seriously, however, because he was technically warming up in the 9th inning for a save chance on Thursday before the Rangers scored a couple runs in the 9th inning to push it out of a save opportunity. Given the injury to Bush and Jeffress' ineffectiveness in the role last season, Barnette is probably the most likely candidate to see save chances in the short-term, with Matt Bush the better long-term choice. Don't sleep on Keone Kela being called back up and pitching his way into contention. Kela was sent to Triple-A due to bad conduct during Spring Training, but probably has the most appealing skillset of anyone else in the organization who is ready to contribute.

-Typically breaking pitches don't have as much movement in Colorado's high altitude, but that doesn't seem to be stopping Greg Holland from throwing his slider over half of the time. That pitch is generating an elite 21% whiff percentage and even more impressively is the fact that 100% of the balls put in play on his slider have been a groundball. Those types of results tend to make you a very successful closer and success is exactly what Holland has enjoyed during the first two weeks of this season. He's quickly emerging as a top end closer for fantasy leagues.

-After two clean saves to begin the year, Ken Giles' inconsistency reared its ugly head over his last two appearances. Through 4 innings, Giles has a brutal 19% walk rate despite a strong 38% strikeout rate. Giles will have quite a bit of leash, so there's no need to panic at the moment. But as we saw last year, having dominant "stuff" can only take a pitcher as far as his control lets him. There's quite a few intriguing arms in the back of the Astros bullpen - Luke Gregerson and Will Harris each have previous experience, while Michael Feliz and Chris Devenski each have the profiles to be effective in the closing role. Again, I'm not overreacting to two bad outings, but in deeper leagues, any of these guys wouldn't be the worst speculative grabs in the world.

-The Cardinals' Seung Hwan Oh has struggled to get going through his first 4 appearances this season, allowing 7 hits, 5 earned runs (2 HRs) with a walk and just 2 strikeouts through 4.2 innings pitched. It's a really small sample that stands out simply because it's his own appearances of the year. If he had this stretch in June, it may not have been quite as noticeable. Regardless, it's a notable nugget of information because former closer Trevor Rosenthal appears to have figured out his mechanical flaws that caused him to lose his control last year. Oh should continue to have some leash, but Rosenthal is a nice speculative grab right now.