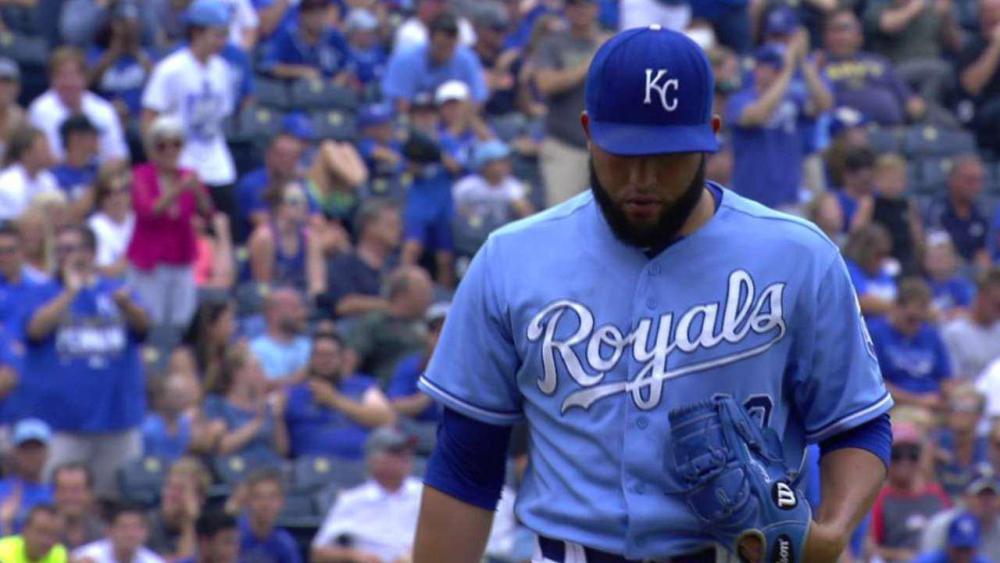 -The under-worked Edwin Diaz had one rough weekend and Mariners manager Scott Servais quickly pulled him from the closing role earlier this week. Diaz wasn't lights out heading into last weekend, but he certainly wasn't on anybody's short list of closers in danger. That's the risk you accept when you invest heavily in a unproven, young high-upside arm, unfortunately. Heading into the weekend, Diaz had a line of 3.77 ERA and 1.12 WHIP with a 33% strikeout rate and a 10% walk rate. After back-to-back blown saves on Sunday and Monday, his line jumped to a 5.28 ERA and a 1.37 WHIP with a 29% strikeout rate and a 15% walk rate. To me, this situation is less about Diaz being a poor performer and more about a guy who wasn't sharp because his team has been underutilizing him. In fact, he's currently ranked 19th among all closers in terms of games pitched. It's my belief that Diaz will eventually work his way back into the closing role, but in the interim, it's going to be a committee of Tony Zych, James Pazos, Nick Vincent and Steve Cishek. Of that group, Cishek obviously has the experience, but he has the third-best "stuff" among that group. Zych and Pazos are the most intriguing grabs here with each boasting fastball/sinkers sitting in the mid-to-upper nineties and a devastating sliders that each checks in 14-15 MPH less than their fastballs. With that said, Nick Vincent is probably still the most likely candidate for short-term saves.

-Seung Hwan-Oh blew his second save of the season on Friday night when he allowed 3 hits and 2 runs in the 9th inning. Trevor Rosenthal did blow a save on Wednesday, but for the most part, he continues to outpitch Oh and it seems like it's now a matter of when, not if, Rosenthall reclaims the closing job for St. Louis. If he's available in your league, Rosenthal is a must-own in all formats. Rosenthal has his velocity back (routinely hitting triple digits on the radar gun) and with it has come an increased effectiveness on both of his primary pitches, the fastball and slider.

-Kelvin Herrera also blew his second save of the season on Friday when he allowed a game-tying 2-run homerun in the 9th inning. Herrera has been rather shaky as of late, allowing runs in three straight games. Meanwhile, former closer Joakim Soria has been the most reliable arm in the back end of the bullpen for the Royals. He's worth a speculative grab in case Herrera is injured and/or he is removed from the job. Soria is currently sporting a career best 33% strikeout rate to go along with a near career worst 11% walk rate. The added wildness seems to be working, however, since his contact rate is down to a new career low at 69% and his swinging strike rate is back up to 14.5%.

-If you followed this column in the preseason, you know we were skeptical about investing heavily in Aroldis Chapman after his absurd workload during the Cubs playoff run last postseason. While we hesitate to say that the reason Chapman landed on the disabled list this week was 100% because of the added wear and tear, we're confident it didn't help matters. Chapman surely underwent extensive physicals before finalizing his massive contract with New York, so we'll assume for a moment that this issue just popped up in 2017. There are varying degrees of severity for rotator cuff injuries, but at a minimum, he's likely going to be out about a month. Dellin Betances was likely already owned in your league, but he instantly becomes one of the best closing options in the league.

HANDCUFF OF THE WEEK:

Felipe Rivero (PIT) - Acquired from Washington at the 2016 trade deadline as a key piece in the Mark Melancon trade, Felipe Rivero is emerging as one of the top handcuffs to own right now. Rivero has a fantastic 27% strikeout rate paired with a 5% walk rate and while his 73% contact rate is obviously attractive, the best part about Rivero's statline to begin the year is his top-of-the-class 18% hard hit rate allowed. Current Pirates closer Tony Watson has gotten the results this season, going 8-of-9 in his save chances with a 1.62 ERA, but he's going to be an unrestricted free agent at the end of the season. With the Pirates likely out of the playoff mix this year, they will almost assuredly become sellers at the trade deadline and Watson will become one of the highly sought after relievers via trade. If/when he is traded, Rivero is the logical replacement for him in the ninth innings. Like Watson, Rivero is also a lefty, but he has even-handed splits, making him a decent candidate to be a "wrong-handed closer". Prior to coming to Pittsburgh, control was a serious obstacle in Rivero's path to becoming a trusted late inning option for his team. This season, he seems to have addressed that problem by throwing in the zone substantially more than both his own career average (48%) and the league average (45%), posting a zone % of 51%. As an added bonus, his in-zone contact rate is currently sitting about 5% less than league average at 80%. That makes for a highly sought after combination when not only can a pitcher throw in and around the zone more, opponents can't hit those pitches while they're in the zone. Rivero throws primarily fastballs (55%), but it's actually his change-up (26%) and slider (18%) that are his highest rated pitches. He's a great stash right now in holds leagues and a good name to remember over the coming weeks as a lineup spot opens on your bench.