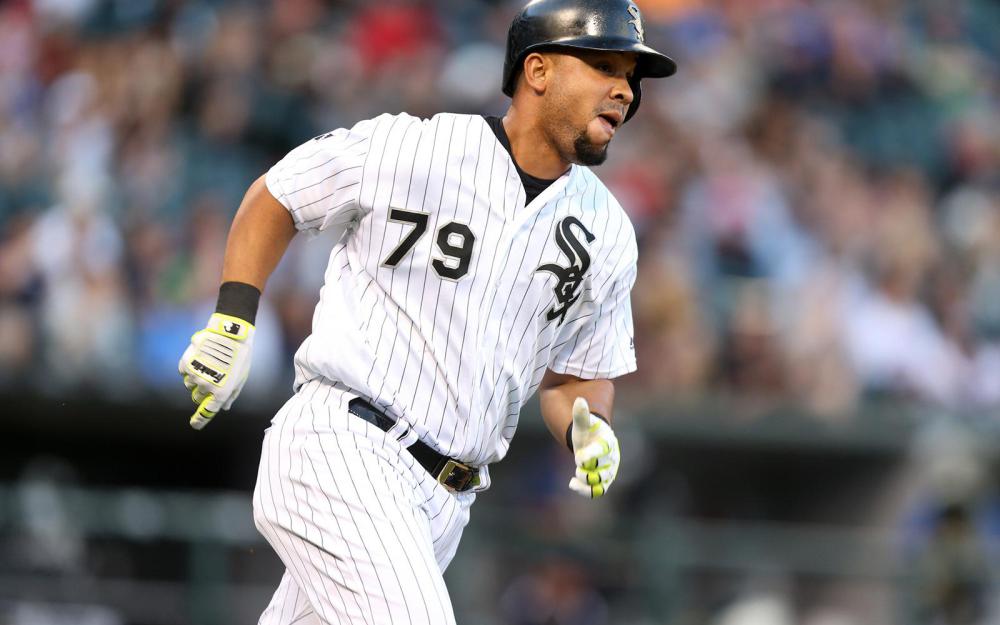 Hope all those owners that were worried by Abreu's slow start held onto their stock in the 30-year-old, as he homered for the second straight day, giving him four homers in the past week. Abreu has brought his batting average all the way up to .270 (from .157 on April 18) and his slugging percentage all the way up to .470 (from .176 on April 18). Abreu's plate discipline numbers actually look a little better than in seasons past, as his swinging strike rate is currently at a career-low 9.7 percent. If he is able to maintain such a low figure, he might be able to hike his average back over .300, as it was in his rookie season. Abreu has seen a slight slip in his hard hit ball rate this season, and it is the fourth straight season he has trended down in that direction, so it's worth keeping an eye on. If he holds this type of profile, he may be more of a 20-HR, .300-BA type rather than the 25-HR, .280-BA type that was projected before the season.

Davidson continue to rake in 2017, as he cleared the fence for his fifth homer of the season, part of a 2-for-4 day. Davidson also had a single and a walk, as he scored twice on the day. Davidson is now slashing .276/.328/.603, and it might not be as fluky as one would think off the bat. The 26-year-old is certainly running a few unsustainable figures (.344 BABIP, 22.2 percent HR/FB rate even before Thursday's homer), but there's a lot to like here. He has always been a 20-25-homer guy in the minor leagues, and his current batted ball profile (52.9 percent fly balls, 38.2 percent hard hit ball rate) suggest those homers could easily continue leaving the yard at a decent pace. The place he could certainly find himself crashing back to earth in his batting average, where he was never very successful, even in the minor leagues. Look for him to settle in around .230 once a bit of his luck fades away, but right now consider him just a hair below Ryon Healy (just because of playing time), a player owned in nearly ten times as many leagues as Davidson right now. Davidson is a great daily pick when in the lineup and a solid AL-only option for the time being.

Kennedy's first start of May was his worst start of the year, as he couldn't make it through the fifth going just four and a third innings and giving up five runs (four earned) on six hits and a walk, while striking out just three. Kennedy had a strong April in which he posted a 2.30 ERA with an 8.04 K/9 rate. He was winless, but in leagues that reward quality starts, he had three of those, and didn't give up more than three runs in any start. There were some signs that a potential regression was coming, however, as Kennedy was walking over four batters per nine, and he was relying on a tiny .184 opponent BABIP and a lofty 85.8 percent left on base rate to float that 2.30 ERA. Kennedy's ERA is now up over three (3.03), but his FIP (4.47) and xFIP (4.85) would both seem to suggest there might be some more regression in the future. Kennedy is fresh off a 2016 season in which he was able to beat away the regression monster all year (3.68 ERA to matching 4.67 FIP and xFIP), so maybe there's some minor evidence that his stuff can beat FIP and xFIP, but it's a bold bet to make. More than likely he will begin to fade as 2017 wears on, moving him back into the mediocre tier of pitchers and out of the ten-team, reliable starter tier in which he currently resides.

Beckham was the fantasy stud of the night, going 2-for-4 with a pair of long balls and four RBI. The former number one overall pick is flashing plenty of that potential that made him the first overall player selected in the 2008 amateur draft. He now has six home runs and is hitting .278. Before you rush to pick this former phenom having his breakout up (he was already a hot pick up before his two-homer night), however, know that there are some red flags. For one, he has a 32.7 percent strikeout rate and 15.1 percent swinging strike rate. Those numbers aren't fluke either, as he has a 31.0 percent strikeout rate and 16.0 percent swinging strike rate for his career. He also is riding and incredibly lofty HR/FB percent, and he only hits fly balls about a third of the time. Getting to 15 homers would be an accomplishment. He also is due to lose some playing time in the not-too-distant future, as projected starting shortstop Matt Duffy is progressing in his rehab and should be back by the end of May. Certainly feel free to add Beckham in deeper leagues and ride out this hot streak; he's one of the best stories in baseball this season. That being said, don't be surprised if the magic runs out.

Miley is a recommended Stay Away Friday, and I sweat it's not (entirely) because I just want to make a "Wade Miley, more like Fade Miley" joke here. The main reason is that the White Sox (his Friday opponent) have been secret lefty killers all season, posting a 126 wRC+ against southpaws in 2017, second in all of baseball to the Yankees, and the Yankees have Aaron Judge, so that's not even a fair comparison really. Miley has taken real steps forward in 2017 (as a 30-year-old, no less) with a 11.03 K/9 rate and 2.32 ERA, but he should be in for a tough day. In the same vein of thinking, guys like Avisail Garcia ($19), Leury Garcia ($10) and Yolmer Sanchez ($10) are all recommended plays in a White Sox stack.

This is just a small sample our our daily analysis, join our member area for over 80 player updates daily. Click here for details:http://www.insiderbaseball.com/baseballsample.htm Click here to register:http://www.fantistics.com/salesbaseball.php3