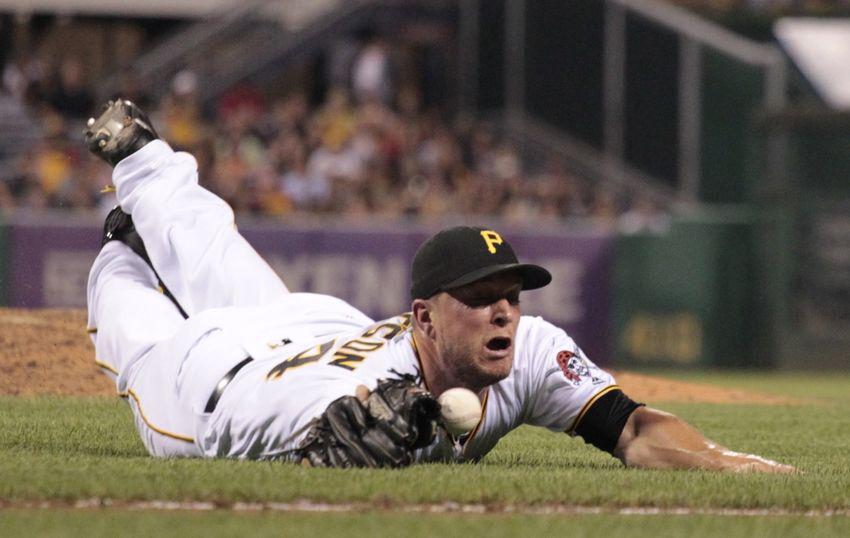 -If you subscribed to our in-season management package last year and followed this column, you'll know we were extremely high on Rasiel Iglesias during the 2016 campaign as an alternative at closer to Tony Cingrani. In fact, even this spring we were higher on him than most of the industry leading into draft season. The biggest question for us was whether or not he would be able to handle the required workload of pitching back-to-back days. So far so good for the Cincinnati stopper, who now has a sparkling 0.57 ERA to along with a 0.89 WHIP and elite 32% strikeout rate. While many around the industry are calling him the next elite level closer, I'd personally like to see some improvement to his walk rate before I'm comfortable bumping him into the 1st or 2nd tiers of my closer rankings. In fact, given his cozy home ballpark, his 11% walk rate is going to get him in trouble in the second half unless he can cut down on the free passes.

-After walking 6 batters through the first 2 months of the season, Greg Holland now has 5 walks over his first 4 appearances in June, including walking the bases loaded on Friday. He continues to be extremely effective and his job isn't remotely in danger, at the moment, but one has to wonder if his heavy workload coming off Tommy John surgery is catching up to him. In other Rockies news, set-up man Adam Ottavino was activated off the disabled list on Friday. He'll regain the 8th inning role and push McGee back to the 7th.

-One situation to monitor is in Texas where Matt Bush has allowed runs to score in each of his last 4 appearances. Keone Kela would be the most likely candidate to see saves if Bush was removed from the role and Kela owns an enticing enough skillset to at least grab him as a speculative add right now. Like many relievers, he owns a high strikeout rate and a low walk rate. Unfortunately, I'm not convinced his 10.2% swinging strike rate will be enough to support his current 32% strikeout rate. While he's primarily a flyball pitcher, luckily his 27% hard hit rate has been good enough to keep those flyballs in the park. He can be an effective closer, but there's enough potential red flags that make him a shaky option even if he does get the job, so I'm not necessarily going all-in on him.

-It looks like column-favorite Pat Neshek will be the Phillies closer for the foreseeable future. Hector Neris has struggled with his stuff all season, mainly because his most frequently thrown pitcher (the splitter) has not been as effective as last season. In fact, his pitch value on that pitch is actually a negative value at -0.3 compared with a very strong 12.5 mark from 2016. The loss of effectiveness of that pitch has contributed to the reduction of his groundball rate by 9% this year and a huge 5% drop in his strikeout rate, which is more caused by the loss of command of the pitch than nastiness since his 15% swinging strike rate remains. Neshek will likely be shopped at the deadline and most likely will have a new home come July 31st, but he's the best bet to own for saves in Philly right now. You can hang on to Neris in hopes that he can figure it out and have a couple months at the end of the year for save chances, but remember that Philadelphia has generated just 19 save chances this year, or rougly 1-2 save chances a week. Assuming he gets the job back August 1st, that means he may see anywhere between 8-16 chances in the final two months, if he continues the same pace.

Juan Nicasio (PIT) - Okay, so he's not necessarily a handcuff anymore, but given the news on Friday, we think Nicasio deserves some additional attention in this column. As we previously mentioned, we have a few concerns that Nicasio is pitching this well with smoke and mirrors instead of actual tangible skill improvements. Nicasio started the 2016 season as a starting pitcher and was reasonably successful in that role, but after a few rough outings, the team was concerned about fatigue and moved him into the bullpen on June 26th. From that point to the end of the season, Nicasio was extremely effective, striking out 73 batters in just 54.2 innings. Outside of a new role, not a whole lot changed to Nicasio's approach on the mound. His pitch mix remains heavily weighted towards his 4-seamer while also mixing in his slider, although pitching as a reliever naturally added 1-2 MPH to each pitch. Other than that, his groundball rates, strikeout rates and walk rates were not materially out of line from what his career averages have been. With the same contact rates, the same chase rates, and the same swinging strike rates, the only thing that stands out is a 35% hard hit rate that's actually 9% higher than last season and 6% higher than his career average. Despite a huge jump in the quality of contact against him, his BABIP allowed has actually dropped to a career low .274 and his 86% strand rate suggests he's getting some favorable luck. With all of this in mind, if I'm going out on my wire this week to make a bid on one Pirates closer, it's going to be Felipe Rivero because I believe he will be the closer on the last day of the season. Chase the skills, not the role.