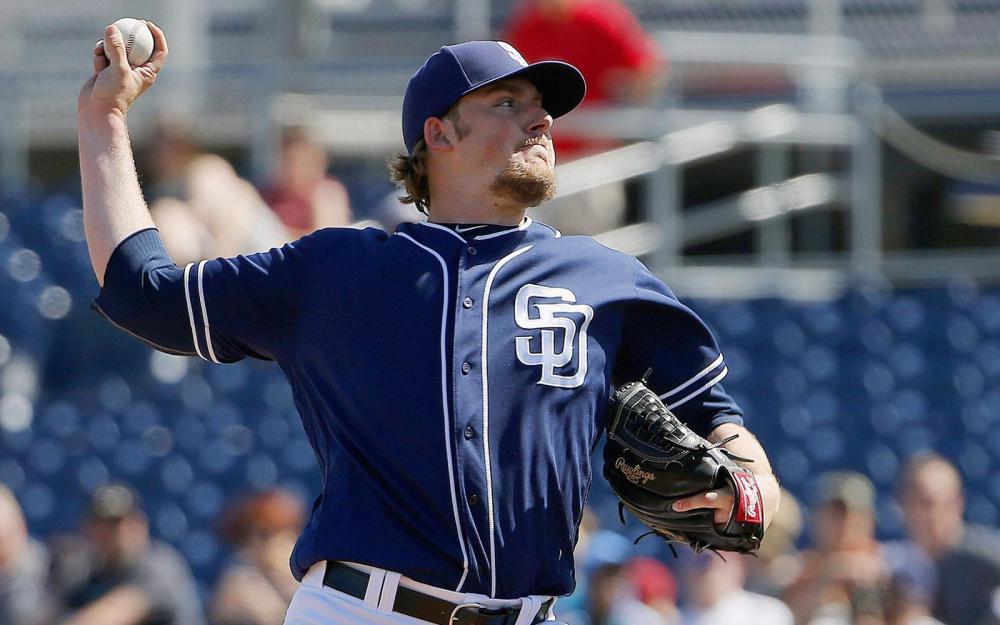 After nearly a month of endless updates on volatile closing situations, we finally have a week where there were not any significant shake-ups in the ninth inning. We'll take this opportunity to dig a little deeper into the player pool and focus more attention on some lesser-known up-and-coming set-up men.

- The Mets' Paul Sewald is one of those intriguing middle relievers that you probably haven't heard about unless you live in Queens. The 27-year old rookie has gotten off to a hot start in his first season with the Mets and currently sports a 2.21 ERA and 1.18 WHIP to go along with a strong 29.3% strikeout rate and 4.9% walk rate. He doesn't necessarily have overpowering stuff, with a fastball that sits in the low nineties, but he succeeds by getting ahead in the count (66% first strike percentage) and attacking hitters in the strikezone (53% zone % vs 45% league average). Luckily, he has a better than league average in-zone contact percentage at 81% and his 12.8% swinging strike rate is enough to support his current strikeout rate. He's recently been used ahead of Fernando Salas in the 8th inning to set-up for Addison Reed and he seems to be the next man in line for the Mets. He's not a guy to actively stash unless you're in extremely deep mixed or NL-only leagues, but he's a name to keep in mind if Reed deals with injury or ineffectiveness.

-Another "deep" relieving target is Jacob Barnes for Milwaukee. While Neftali Feliz still lingers and Corey Knebel has been lights out, Barnes has been the primary set-up man for the Brewers over the last several weeks. Barnes has control issues, but his wildness also contributes to some of his success. The righty has a bad 10% walk rate, but he also has a 35% chase rate and 15% swinging strike rate that's obviously set-up by the batter's inability to get comfortable in the batter's box due to the wildness. Barnes' fastball sits in the mid-to-upper 90's, but he also mixes in both a cutter and a slider. The latter helps induce groundballs, which Barnes generates 57% of the time. He's a name to grab in holds leagues right now.

-Tony Watson isn't doing anything to help the Pirates with his trade value. Watson blew his third save of the season earlier this week and has allowed 2 runs in each of 3 of his last 7 appearances. On top of that, his 87% strand rate suggests there's further regression coming to his 3.47 ERA. Watson is also striking out just 16.5% batters he faces. At this rate, he won't even need to be traded before the lights out Felipe Rivero takes over his job. Rivero has an elite 91% strikeout plus groundball rate this year and he's allowed a grand total of 2 earned runs the entire season. As we previously mentioned, Rivero is a left-hander, but he's still extremely difficult for right-handed batters to hit, so we aren't concerned about the Pirates being worried about the platoon splits. He's probably the best handcuff to own right now in both opportunity and skillset.

-The Oakland bullpen is crowded, but Liam Hendriks is making his best case to throw his hat into late-inning duties. Hendriks has a 3.38 ERA, but his 25:5 strikeout-to-walk ratio with a 57% groundball rate and better-than-average 29% hard hit rate all work in his favor to be a weapon that's difficult to beat. Sean Doolittle will be starting a rehab assignment soon, but Hendriks deserves to be in the mix for 9th inning duties if Casilla losing his job.

Handcuff Of The Week:

Jake McGee (COL) - It wasn't long ago that Jake McGee was considered among the top-10 closers in the league. A few injuries later and McGee finds himself (and his elite skillset) in the light air of the Rocky Mountains. McGee's pitch repertoire is perfect for that environment, by the way, with a 94% fourseam fastball usage rate nad very little usage on breaking pitches (which tend not to break in the light mountain air. Although hitters always know what pitch is coming, McGee's overall stuff is good enough that batters tend not to make great contact (just 31% hard hit rate is a tick above league average). Considering his slightly worse than league average contact rate and chase rates, it seems likely that McGee will see some regression heading his way, but I'm not expecting a full blown collapse. His xFIP of 2.70 seems like a reasonable landing spot compared to his current 1.66 ERA. That regression should primarily be driven by his HR/FB rate returning to his career average 9% mark compared to his current 5% rate. As the Rockies already found out with Adam Ottavino, pitchers who are coming off Tommy John Surgery should be handled with kid gloves. Current closer Greg Holland is also coming off Tommy John Surgery and while he's been arguably the National League's best reliever through May, he could go down with an injury at any time. That makes McGee a very valuable piece to stash on your bench considering the Rockies' resurgence.