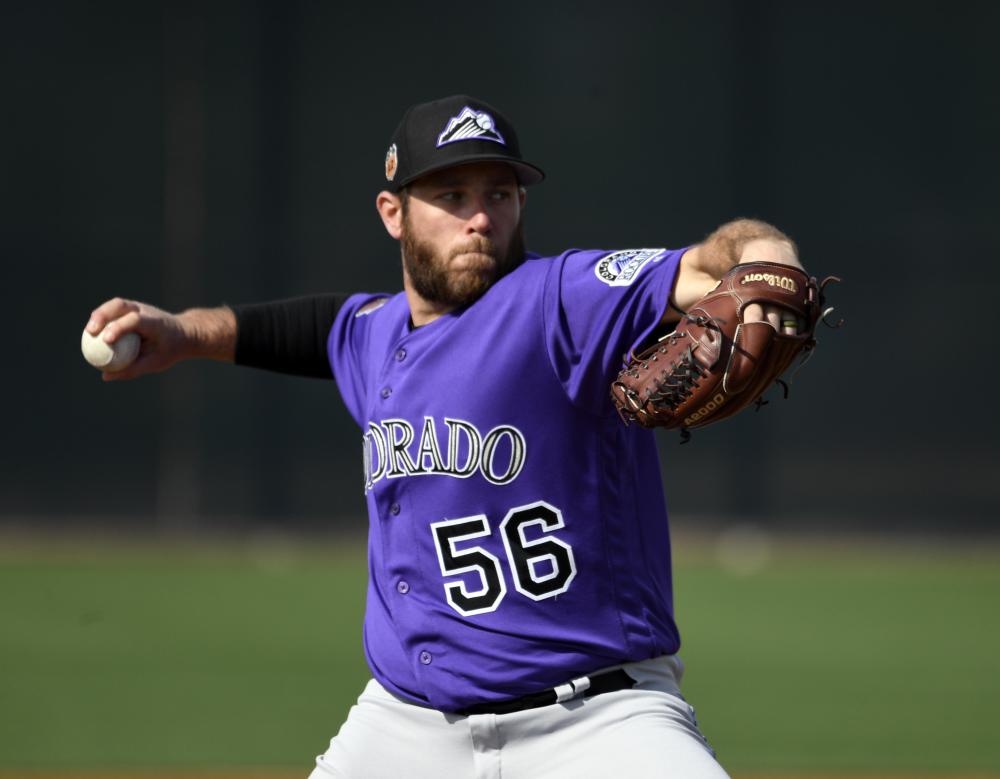 MVP: Greg Holland - Rewind to the pre-season and you might remember what we said about the closing situation in Colorado. We acknowledged that Greg Holland was in Colorado, but we projected Adam Ottavino to be the primary option for the Rockies heading into spring training. By the time the season started, the news flow out of camp suggested a timeshare. Luckily, that news was enough for us to bump up Greg Holland in the draft software high enough that he was likely drafted by many of you. For those of you who took the plunge - congratulations! Holland has been nothing short of incredible. His recent regression to his walk rate and high hard hit percentage is a concerning, however, and it may not be a bad idea to sell high.

Biggest Surprise: Craig Kimbrel - Kimbrel is enjoying arguably the best season of his, potentially hall-of-fame, career. For the year, Kimbrel has a 1.19 ERA, 0.50 WHIP, 51% strikeout rate, 4% walk rate, and 23 saves. The reason it's so surprising is because during the 2016 season, Kimbrel looked lost and on his way down. His walk rate ballooned to 14%, his groundball rate plummeted 17% and his hard hit rate jumped up 8 percentage points to 33%. This season, he has managed to drop his walk rate back down to a career best and his groundball rate is back around his career average at 41%. The only possible area of concern is that his hard hit rate allowed remain high at 32%, but that's not enough for me to consider selling him right now.

Newcomer of the Year: Corey Knebel - Corey Knebel has quickly emerged as one of the biggest profit centers for fantasy owners who managed to add him off the waiver wire. Knebel's 43% strikeout rate is an eye-opening number, but the increase is actually supported by a corresponding 13% swinging strike rate increase. Since taking over as closer from Neftali Feliz in mid-May, Knebel has racked up 14 saves. He's a rising star on a rising team.

Best Draft Day Return: Rasiel Iglesias - It's tough to actually find a draft day value in this year's closer crop. There's plenty of players who weren't even drafted that have taken the closer role and ran with it, but in terms of actual players drafted providing value, that number is much smaller. Like with Holland, if you listened to us in the pre-season, Iglesias was probably not only on your radar, but he was probably aggressively pursued by you. Heading into spring training, there was plenty of rumblings about a committee being used, but as we've tried to hammer home time after time, we believe the cream always rises to the crop and to target the best talent. Iglesias hasn't let us down,

Biggest Draft Day Bust: Zach Britton - After being our MVP in this very same column one year ago, Zach Britton hits the list as the biggest draft day bust. Unless you drafted during the final few days of spring training, you likely drafted Britton as a top-3 closer in the early rounds. Britton dealt with an oblique injury in spring training only to return in April, before landing back on the disabled list with a forearm strain. He did return last week, but it's probably too little, too late for teams that went all-in on him early in drafts. He looked shaky in 3 appearances since being activated, so those of you who were lucky enough to also snag Brad Brach, you might want to hang on to him.

Best Home Run Derby Pitcher: Edwin Diaz -Diaz has a terrible 19.5% HR/FB rate this season and the long ball is largely why Diaz has 3 blown saves this season. From a year-over-year rate perspective, Diaz has only seen a 5% increase since 2016, but more concerning is that he went from a 33% flyball pitcher last year to a 47% flyball pitcher this year. More flyballs and more homeruns per flyballs is never a good combination.

Soft Contact King: Wade Davis (CHC) - The Cubs' only all-star, Wade Davis has given the Cubs a great return on investment from their off-season trade with the Royals. Davis has been solid across the board, but most impressive has been Davis' ability to generate soft contact. Davis leads all pitchers in baseball with an incredible 34% soft hit rate. As a comparison point, Clayton Kershaw currently has a 25% mark. He should continue to be an elite closing option the rest of the way.

Most Likely To Be Traded: David Robertson (CHW)

Best "Skill" Handcuff in the 2nd Half: Kyle Barraclough (MIA)

Best "Opportunity" Handcuff in the 2nd Half: Trevor Rosenthal (STL)

-Seung Hwan Oh saw the first save opportunity after the all-star break and started the second half the same way he ended the first - with a blown save after allowing a walk-off homerun to the Pirates. Since June 1, Seung Hwan Oh has allowed 5 homeruns and 11 earned runs in just 16 innings pitched. Trevor Rosenthal needs to be universally owned despite recent struggles of his own.

-Multiple outlets have been reporting chatter surrounding AJ Ramos and David Phelps. If trades are made involving those players, Kyle Barraclough will immediately become a highly coveted, high strikeout closer for fantasy baseball. He's a great one to add right now while his price is cheap. For what it's worth, AJ Ramos blew a save on Friday, as well.

-Edwin Diaz got the first save chance of the second half for the Mariners and converted with 2 strikeouts and just 13 pitches. He looks like he's running away with the job again.

-Aroldis Chapman also blew a save on Friday night, his 3rd of the season. It certainly seems like he's not 100% healthy.

-Mark Melancon has started to play catch, but he's still at least a couple weeks away from returning. Sam Dyson will likely continue seeing the save chances while he's sidelined, but he's not a great option.