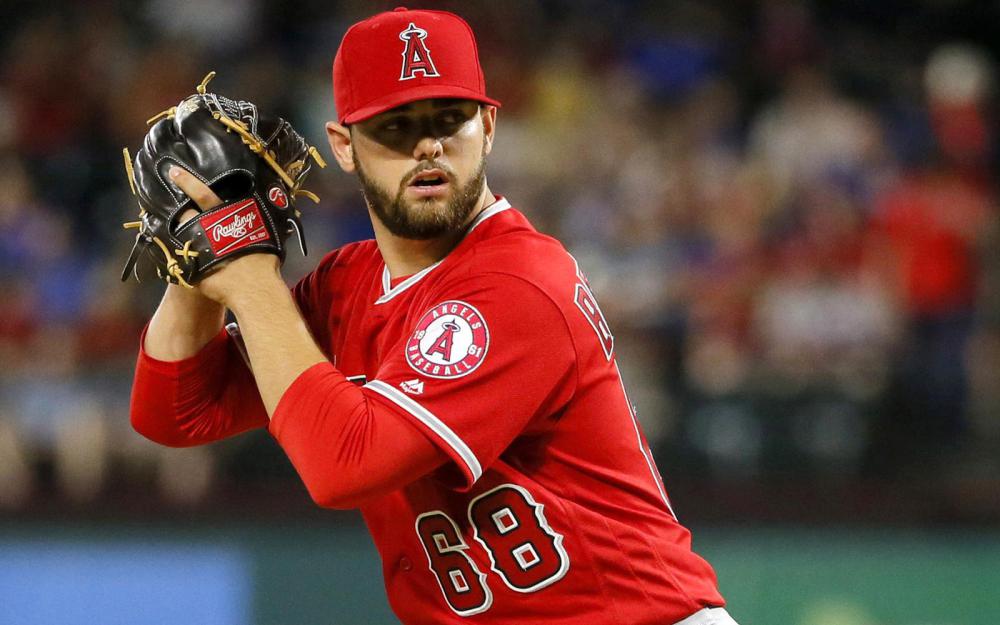 Well, after a fairly uneventful week in the bullpen, hopefully your index fingers were able to heal up after an active waiver wire period following the trade deadline last weekend. Our bullpens for the stretch run are starting to take shape and it's usually pretty uncommon to see substantial closer changes from this point until the end of the year. Here's a review of what you need to catch up on around the league.

-Mark Melancon will be activated from the disabled list on Saturday, but he's expected to be eased back into the closing role with Sam Dyson pitching well. Since joining the Giants, Dyson has a 2.22 ERA, 1.32 WHIP with a great 67% groundball rate, and just a 26% hard hit rate. He walks too many guys and he doesn't strike out enough, but his batted ball profile is doing enough to keep him afloat right now. I think believe Melancon will be the closer by the end of the year, but it may just take a little while for that transition to fully develop.

-Despite his recent struggles, the Angels decided to leave Bud Norris in the closing role through Wednesday. Unfortunately, Wednesday was the worst blow-up yet, allowing two home runs on three hits while giving up three earned runs. Norris has now allowed 13 earned runs over his last 4.2 innings pitched. On Thursday, Cam Bedrosian got the save in a clean inning where he struck out a pair. Bedrosian appears to have the leg up on the job, but Blake Parker or Keynan Middleton could also see opportunities down the stretch. The Angels aren't generating many save chances right now, so while a closer is a closer, don't expect a lot of saves from these guys for your fantasy team.

-I've been seemingly crying wolf about Greg Holland since the end of May, but it seems like the wheels are finally starting to fall off. The Rockies closer has back-to-back blown saves, allowing a total of six earned runs, on five hits, and two walks over his last two outings. Holland's 54:20 strikeout-to-walk rate over 42 innings isn't great for a pitcher in Coors, especially one who is primarily a flyball pitcher. He's been a great profit center, but his ERA remains a run lower than his xFIP, so I'm apt to believe there's more regression coming.

-Matt Belisle appears to be pulling away from the rest of the group in the battle to be the Twins' primary closer. The right hander hasn't allowed a run since June 24th and has a great 19:4 strikeout-to-walk ratio in 17.1 innings pitched over that stretch. Belisle is a heavy groundball pitcher with an average swinging strike rate. He's not a great option skill-wise, but he's been pitching effectively and he's in the job and that's the most important aspect.

-Zach Britton has five saves over the last two weeks and hasn't allowed a hit over his last six appearances. His strikeout-to-walk rate is still out of whack, but he's still inducing groundballs more than 70% of the time, which is Zach Britton's primary claim to fame. He's likely to perform in the top half of all closers the rest of the way, but don't expect him to be a top-5 performer, as he used to be.

-Trevor Rosenthal has been in prime form recently and has seven straight scoreless appearances. On the season, he has also managed to put together excellent strikeout numbers with 74 strikeouts over 46.2 innings. Compared with last season, Rosenthal is inducing hard contact substantially less frequently than in 2017 (35% vs 25%). That's making a huge difference in what happens when the ball does go into play, but it's also beneficial when opposing batters are making contact 8% less frequently this year versus last. Rosenthal is quickly pitching his way back among the league's elite closers.

-Keone Kela hit the disabled list for the second time over the last month, but even when he returns, he's a long shot at getting saves this year. There's no reason to hang on to him in any format. Alex Claudio remains the primary target to own in Texas. Unfortunately, for fantasy purposes, he offers little except the occasional save. His strikeout rate is nonexistent, but he manages clean innings by limiting his base runners (13 walks in 61 innings), inducing groundballs (70% groundball rate), and by having a low hard hit rate (23%).

Admittedly, this week's handcuff-of-the-week is a bit of a stretch, but Bruce Rondon is in an interesting situation and quite frankly, most of the other interesting handcuffs are already closing thanks to our busy deadline. As I mentioned in my trade deadline post last week, Shane Greene has posted impressive statistics that are in no way reflective of how his peripherals paint the picture of his season. With an average strikeout rate, worse than average walk rate, and an extremely high hard hit percentage allowed, Shane Greene is playing with fire. His 4.38 xFIP is nearly two runs higher than his ERA, which is mostly likely explained by his equally inflated 84% stand rate. Those numbers are not sustainable. While that regression may not all come this season, it will come crashing back down to earth at some point. Alex Wilson is the only other pitcher in this bullpen who has pitched in the late innings this year outside of Rondon, and Wilson doesn't profile as a closer. Rondon has the strikeout rate that you like to see (well more than Greene) and his walk rate is actually quite good, but he too, struggles with hard hit balls. His ERA of 9.77 is laughable. I mean, seriously, how is a guy the handcuff-of-the-week with an ERA that's approaching four digits? Again, this has more to do with the raw skills than the actual outcomes. Rondon is the most talented pitcher in this bullpen right now, he's just been deployed in situations where the odds are stacked against him. He has pitched better lately and he's typically a better pitcher coming in at the start of an inning than in the middle of one. He was also injured for most of the season up until July, so we're only working with a sample size of a little over a month. Overall handcuff grade: C+