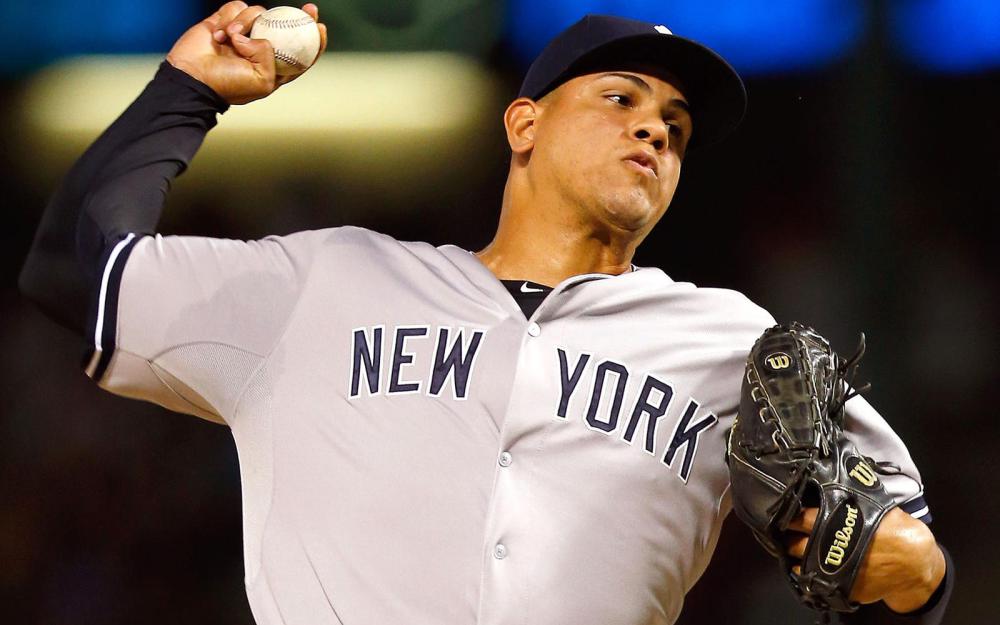 After this weekend, we only have six more weeks of the baseball regular season! For those of you in head-to-head leagues, that also probably means you only have two to three more weeks before you start your playoffs.

As we mentioned earlier, Aroldis Chapman has battled ineffectiveness and injuries for most of the season. Up until recently, Yankees' set-up man Dellin Betances had struggled and never fully took the reigns when given a shot. Since July 29th, however, Betances has allowed just one hit with a 13:4 strikeout-to-walk ratio and a 65% groundball rate over 10 innings pitched. Chapman is supposedly healthy now, but depending how Chapman's hamstring feels over the next few outings could still leave the door open for a trip to the disabled list. The Yankees are in the thick of the playoff race and while they certainly need him now, the playoffs are substantially more important. Betances would immediately become a must-own player across all formats if he filled in at closer and thanks to his first-half struggles, he's probably not universally owned now despite likely being universally drafted. Betances now has five straight seasons of decreasing contact rate allowed, where it currently sits at an elite 61%. Additionally, when batters do make contact, they're hitting is hard just 19% of the time, which is nearly 11% below league average. Betances is as unhittable as the come when he's on his game, and it certainly looks like he's in a groove right now. David Robertson will also be looked to in the ninth inning (should Chapman go down) and like Betances, he has also been on quite a roll. Compared with Betances, he's actually striking out more batters with a similar contact rate and just a slightly higher hard hit rate allowed of 25%. If Chapman did hit the disabled list, Girardi would likely play the matchups. If both players happen to be available in your league, they're both nice high-usage options with a good strikeout rate and certainly deserve to be owned. From a dynasty perspective, Betances is still my preference, but Robertson probably has a slightly better chance at saves the rest of the season.