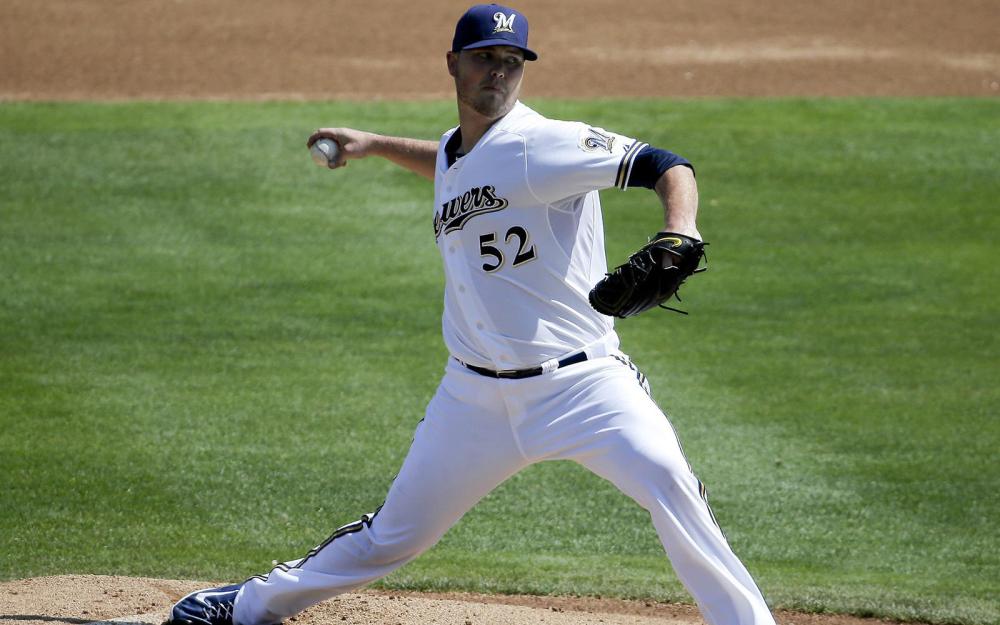 Nelson allowed 5 runs (3 ER) in 6.1 IP against the Pirates on Wednesday, and was left with a no-decision in a game that the Brewers eventually went on to win. Combined with the 9 ER disaster against the Reds in his last time out, this hasn't been the best two-start stretch for Nelson, but his owners need not panic. He has still posted a solid 11:4 K:BB ratio over these past two outings, giving him an excellent 169:38 K:BB in 151.2 IP this season. In fact, his 3.11 xFIP ranks 5th among qualified starters, only behind the dominant quartet of Kluber, Sale, Kershaw, and Scherzer. Nelson should still be started in nearly every format.

Pollock has been scuffling in August, hitting just .143 with 0 HR's and 1 RBI in 15 games this month. With his solid contact skills, Pollock should work his way out of this slump in the near future, but it doesn't seem reasonable to expect a return to the fantasy superstar level he had reached in 2015 when he hit .315 with 20 HR's and 39 SB's. Pollock posted an elite 13.2% K% that season, but that rate has climbed to still good but not as elite 17.2% mark since. He has only hit 5 HR's in 74 games to date this season, and while his 6.9% HR/FB may still have some upside to it, he's not looking like a 20 HR player right now. At this point, Pollock looks like a player who can contribute heavily in runs and steals, with moderate contributions in the other categories, as opposed to being an across-the-board star like he was two years ago.

Michael Taylor, OF, WAS

Taylor has gone 2 for 10 with 4 K's in 3 starts since returning from the DL, and with Bryce Harper and now Brian Goodwin hitting the DL themselves, Taylor shouldn't have a hard time finding regular playing time in the Nationals outfield going forward. With 12 HR's and 10 SB's in 76 games, Taylor has become a solid power-speed contributor and the uptick in power (after hitting just 22 HR's in 231 career games prior to this season) is backed up by career highs in FB% and Hard%. Taylor should continue to produce solid counting stats as part of an excellent Nationals lineup, but his .275 BA will be hard to keep up with a 31.3% K% that doesn't look like it's going down anytime soon. He's a good fantasy option, as long as you can withstand a bit of a BA drop.

Urena somehow keeps getting the job done, as he allowed just one unearned run in 5 IP against the Giants on Wednesday, despite allowing 7 hits and striking out only 2. Urena has now allowed 3 ER's or less in 16 of his 20 starts this season, which has resulted in a solid 3.61 ERA and 1.21 WHIP for the campaign. Despite the success he's had this season, it's hard to see him keeping it up with a very modest 6.06 K/9 and an ugly 5.38 xFIP. There's nothing that really indicates him maintaining a .245 BABIP, so one would think his ERA and WHIP are bound to rise. I wouldn't rely on Urena continuing to post fantasy worthy numbers.

I don't usually just recommend the highest priced player on the slate, but Thursday's matchup seems ideal for Blackmon. He's slashing an insane .390/.462/.803 at home this season, and those numbers even improve a bit when facing a RHP, against whom he has a 1.299 OPS against at home. On Thursday, he will face Braves rookie RHP Lucas Sims who has struggled to a 5.71 ERA through his first 3 big-league starts and now makes his debut at Coors Field. Blackmon is expensive but he seems primed for a monster game. Draft Kings Value Play Salary $5,800.