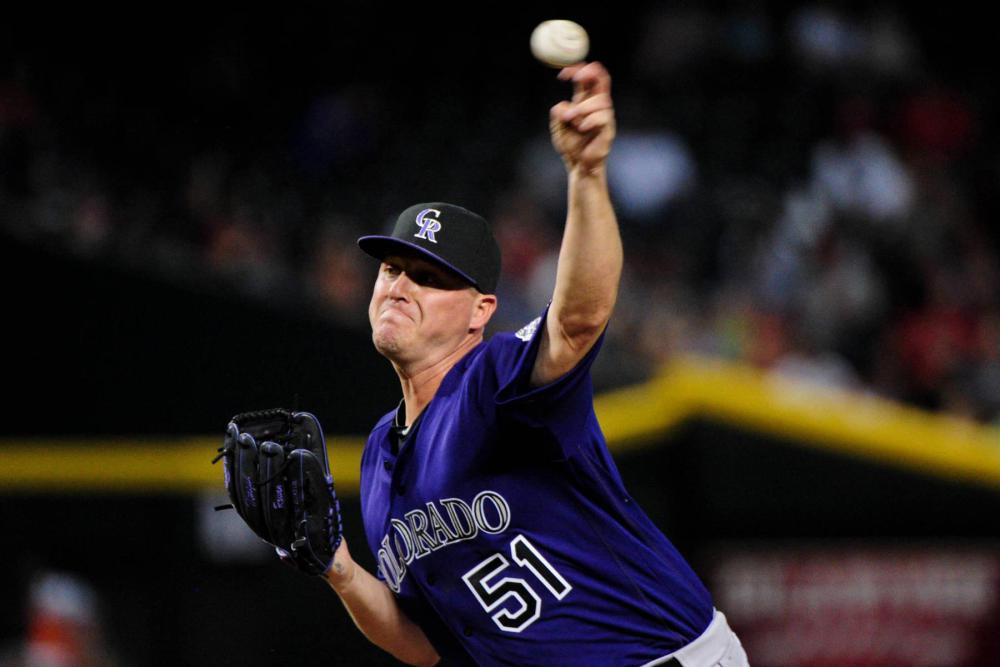 It's the officially the final month of the regular season and the NFL season kicks off in less than a week! If you're reading this column, it means you're still in the thick of either playoff contention or winning your roto league. There's still plenty of action in the bullpen, but as it happens nearly every season, role changes are slowing down and teams are making sure their bullpens are established heading into the playoffs.

As we mentioned earlier, Greg Holland has completely lost the feel for his slider, making him EXTREMELY hittable. His ineffectiveness has opened the door for Jake McGee to stake claim to a role he hasn't actively controlled since last season. If there was ever a pitcher who was built for Coors Field, it's certainly Jake McGee. The last-hander relies on his above-average fastball to get opposing batters out. In fact, he throws the pitch 93% of the time. Nevermind what the high altitude in the Rocky Mountains can do to breaking pitches, McGee completely takes that factor out of the equation. All those fastballs can cause McGee to be a little heavy on the flyballs at times, but so far he and his 34% hard hit rate allowed has managed to stay out of long ball trouble. As far as handcuffs go, it's sometimes difficult for a team to find out with McGee's previous experience and skillset to slot into a high profile closing gig, but there's not questioning the lefty's ability. McGee doesn't possess incredible swing and miss ability (10% SwStr%), but he does a great job at getting ahead in the count (64% first strike%) to set himself up for more pitcher-friendly pitches. He's a veteran that knows how to pitch and knows how to save games and that's a commodity worth going out of your way to acquire.