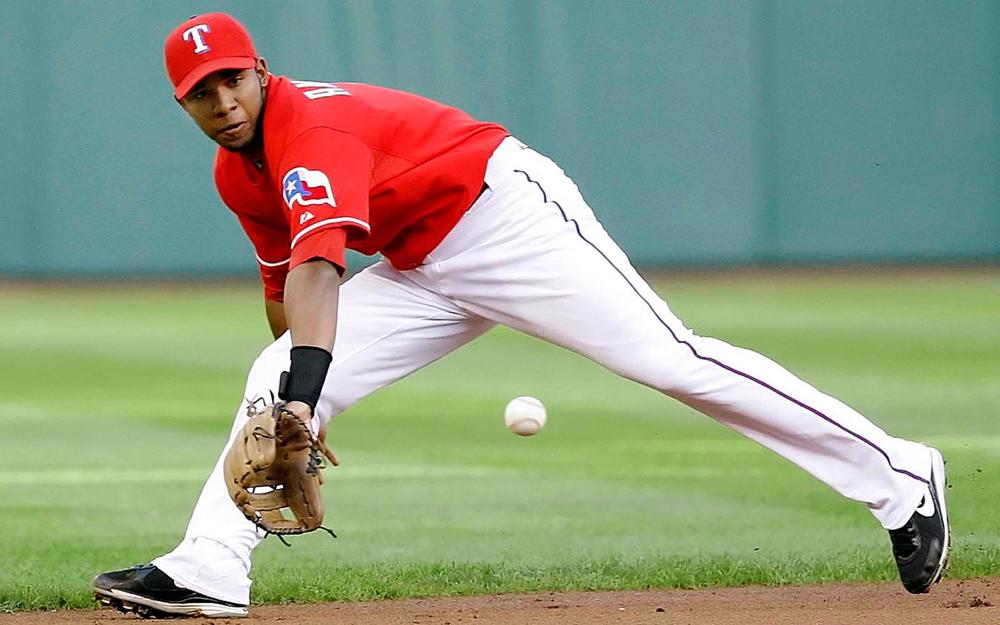 Elvis Andrus- SS- TEX- Idea- Andrus has performed extremely well this season, but just a bit better against RH pitchers. He puts his .305/.345/.476 slash line up against Kendall Graveman. The A's pitcher has had his difficulties with RH batters, to the tune of a .314/.367/.483 slash line against them. Andrus has been performing like a top SS but his price isn't the highest out there. Value play- Draft Kings salary $4200

Jay Bruce- OF- CLE- Stats- Bruce has seen a marked decline in his power production since joining Cleveland. After hitting 29 homers in 448 PAs with the Mets he has only hit 5 in 135 PAs with the Indians. Bruce's FB% has dropped from 48.5% to 41.1% and his Hard% has dropped from 42.5% to 32.2%. His Contact% has not changed much, from 74.1% to 73.5%. Bruce is, however, hitting more balls outside the zone (57.4% increasing to 62.1%) and his contact with pitches inside the zone has dropped from 83.1% to 80.3%. His introduction to the American League hasn't been seamless. Where Bruce ends up next year could have a major impact on whether his power numbers rebound.

Mike Trout- OF- LAA- Great Player- Entering yesterday's game Trout had gone 7-for-47 in his previous 14 games. His BABIP was a very unlucky .128. Yesterday he looked more like himself, going 2-for-2 with 2 walks and a run scored. Trout's BABIP for the season is .332, well below his career number of .356. There is some room for regression to the mean in the final days of the season.

Manny Machado- 3B- BAL- Hot- Machado snapped a 13-game homerless streak by slugging his 33rd of the season yesterday. He had hit .121 in his previous 9 games. Machado had a .138 BABIP in that span. He now has a modest 4-game hitting streak (1 hit in each game.) Machado tends to be streaky so this could be the start of a solid finish to the season.