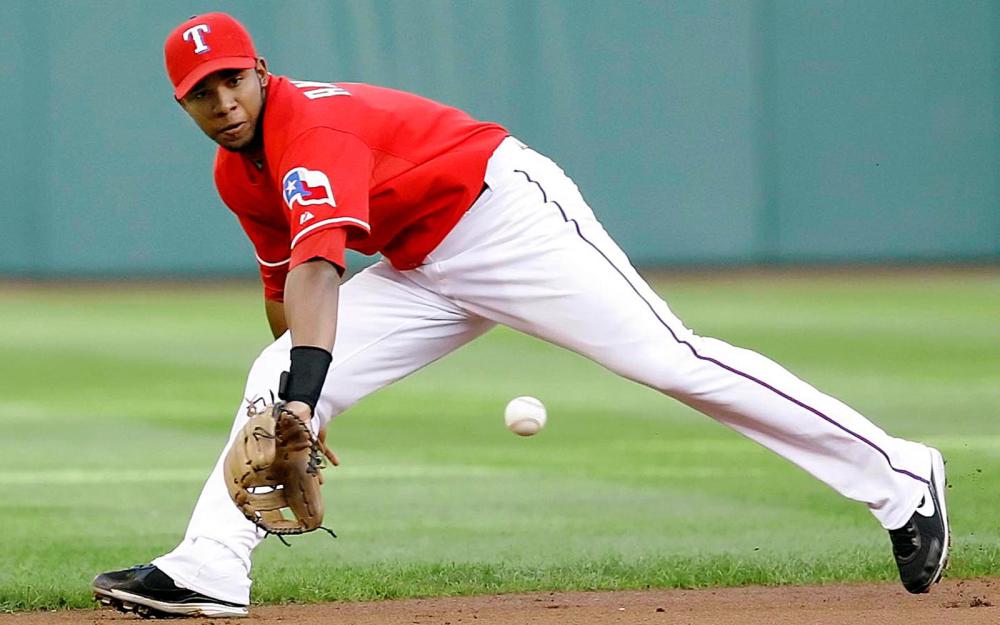 Andrus went 4-5 with his 20th HR of the season in the first game of a doubleheader against the Braves on Wednesday, joining Jose Altuve as the only two players so far this season to reach 20 HR's and 20 SB's, before going 1-4 in the night cap. Andrus now has 4 HR's and 11 RBI in 6 September games and continues to prove that his uptick in power this season is no fluke. Despite the new wave of talented shortstops joining the league over the past couple of years, it's Andrus who currently stands as the top fantasy SS in 2017. Guys like Corey Seager, Francisco Lindor, and Carlos Correa will probably still go as the top SS's off the board in 2018 drafts, but Andrus really shouldn't be too far behind them.

Chapman may regain his closer role in the near future and while it's unclear if he's fixed whatever issues he was having, moving back into that role requires him to be owned in all leagues once again. He allowed 3 HR's in August after not allowing any until then, but his biggest setback this season has been with walks after he had shown vast improvement in that area in 2016. There's less confidence in him than in the past, but his K% is still excellent and it looks like he'll be closing for a team that has something to play for.

Which player has the most homeruns since the beginning of the 2016 season? That would be Khris Davis who hit his 39th HR of the year on Wednesday, and now has 81 HR's over the past two seasons combined. His 200 RBI rank 7th over that span. His excellent 43.3% Hard% and high 42.1% FB% bode well for him to continue hitting with this type of power, and if he only hits .240, well it's still better than Joey Gallo. He looks to be a good draft-day value heading into 2018 once again.

Dickerson went 0-3 with 3 K's and a BB against the Twins on Wednesday and is now hitting just .143 (3-21) with 10 K's in 22 September plate appearances. After hitting an exceptional .326 with 17 HR's and 60 runs scored through the season's first 3 months, Dickerson has fallen back to earth in the second half hitting just .223 with 9 HR's and 17 runs scored since July 1. His K% has risen in the second half, while his BABIP has predictably fallen from the .374 mark he posted through June to a more normal .279 since. His .284 BA overall is probably still a bit inflated as his second half BABIP is closer to what he did last year with the Rays. He's a good bet to reach 20+ HR's again in 2018 if he stays healthy, but don't expect a BA above the .260 range.

Hosmer has tortured RHP's this season with a .325/.402/.524 slash line and 18 HR's against them this season. On Thursday, his opponent will be Twins RHP Kyle Gibson who hasn't been very good against lefties this season - they have an .868 OPS against him. DraftKings Value Play Salary $4,400.