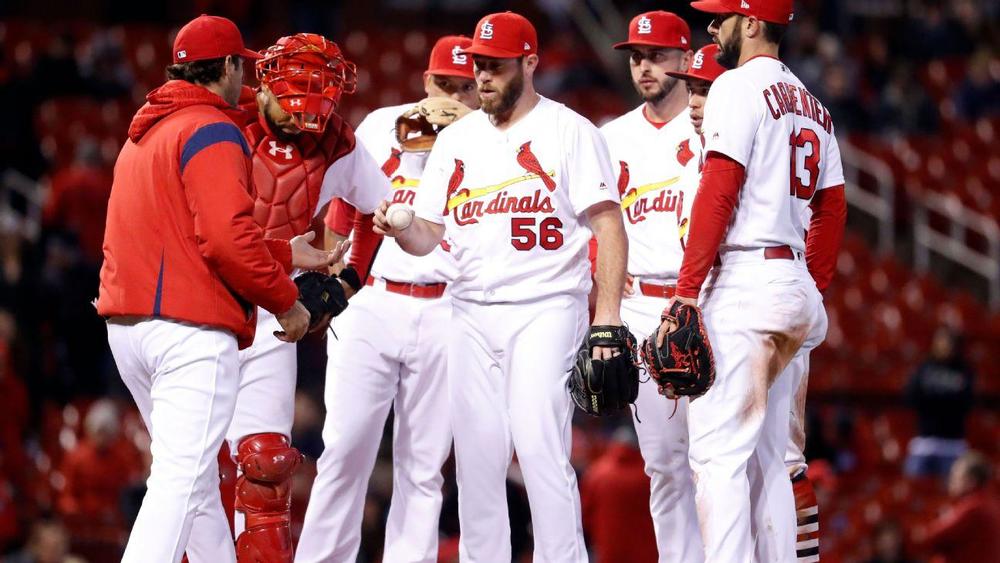 Another week in the books and we still haven't seen our first performance-induced closer role change! I can't promise that we'll keep that streak alive this week (or any week, for that matter), but it's certainly nice to go at least two weeks into the season without drastic changes to our closer rankings. So what did we learn this week?

Closers With Blown Saves This Week:

-Lots of bad news came out this week surrounding San Francisco Giants injured closer, Mark Melancon. The right-hander recently received a stem cell injection in his right shoulder, but the team hasn't discussed firm recovery plans. He's tentatively scheduled for begin a throwing plan within a couple of weeks, but that will likely be largely dependent on how his shoulder responds to the recent treatment. Melancon was a mess in spring training, so it's best to let him shoulder completely heal before risking re-aggravation, but since this issue has lingered since last season, his owners should be very concerned at the lack of positive progress that has been disclosed. Strickland is locked and loaded as a solid closing option for now.

-Cardinals new shiny toy, Greg Holland, ended up performing much like all their old existing toys (isn't that how it seems to always happen?). In his first appearance with his new team, Holland walked four of the five batters he faced (one was intentional), including the go-ahead run. He had a much better outing on Wednesday, but the point remains that there's plenty of concern surrounding Greg Holland this year. As we pointed out in the pre-season, both his walk rate and hard hit rate allowed took big hits in the second half of last year and as evidenced on Monday, it doesn't look like much has changed yet.

-Keynan Middleton saw the save chances for the Angels this week. It's a really fluid situation all around, but Middleton does seem to be separating himself from Blake Parker and Cam Bedrosian. We're not in love with the skillset, but saves are saves.

-The Milwaukee situation is even uglier. Jacob Barnes has been unable to finish his job in each of his opportunities, which has opened the door for Craig Counsell to experiment with other pitchers in the role, like Matt Albers or Josh Hader. Hader remains the undisputed, most talented arm in this bullpen, but the team seems content using him in the "effector" role, where he can put out fires regardless of the inning they happen. Albers is nothing more than a relatively consistent veteran that gives up a lot of contact, doesn't miss a lot of bats and has been around the block a time or two. Albers *probably* has the lead right now, but it's a role that's truly up for grabs. While he hasn't been used in high leverage situations yet, former team closer Jeremy Jeffress is in this bullpen, so he's your most likely sleeper of the current personnel.

-Tampa closer Alex Colome blew a save then followed it up with nearly another on Tuesday. The problem for Colome has compounded because not only is he walking batters (4 walks in 4 innings pitched), he's also not striking anyone out (1 strikeout in 25 batters faced) and he's giving up a lot of contact. On the bright side, in a very small sample, he's still getting lots of swings and misses (12% SwStr%) and an above average chase rate (32%), so there's reason for optimism for the strikeout rate rebounding. Additionally, his fastball velocity remains unchanged from a year ago, so nothing is adding up to an injury. Despite looking very shaky, my personal worry meter on Colome is actually quite low and I'd even venture to slap a "buy" designation on him because the statistics point to a turnaround coming. Worried Colome owners can ease those fears by stashing Sergio Romo, just in case.

-Pirates closer Felipe Rivero changed his name to Felipe Vazquez to honor his sister, who has been a huge influence in his life. Rivero has been a huge beneficiary to the Pirates' hot start.