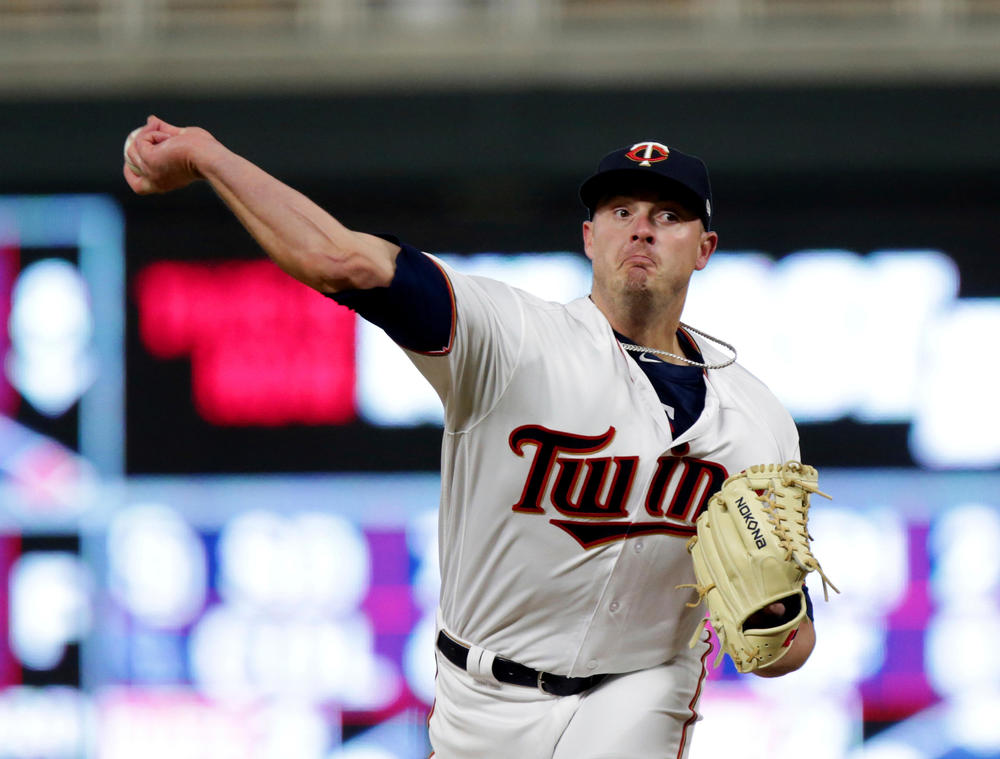 You can say it's early, but this is easily the least volatile April that I can remember in regards to closing situations around the league. We have yet to have a performance-related closer demotion and if you take a trip back to Opening Day, there's just one closer who was not their team's presumed stopper to begin the year (Hunter Strickland - Melancon injury). If April usually has the highest amount of turnover at the closer position (it does), then perhaps this might be a year of stability at the position after recent seasons that have seen teams consistently churn through over half of the original closers by the end of the year. I'm not holding my breath on that last statement, but I will say this feels a little ironic since this year's batch of closers has given me the least amount of confidence that I've had since I started writing this column five years ago.

-Just when Greg Holland was finally being trusted with higher leverage situations, he blows a three-run lead in the ninth inning in a loss against the Pirates on Friday night. Holland's sequence of at-bats went like this: double, single, error, and double. His final line read 0.0 IP, 3H, 3R, 2ER, 0BB, and 0K. I've said it all spring, but I'll say it again. Greg Holland wasn't actually good last season, he did it with smoke and mirrors. The underlying indicator stats screamed regression and unfortunately for the Cardinals, that regression seems to be hitting all at once in 2018. Bud Norris would seem to have the upper hand for the next save chance. He did, after all, pitch a clean 8th inning ahead of Holland in Friday night's game.

-The perpetual closer on the hot seat, Fernando Rodney, has now blown three of his first five save opportunities. This isn't the first time Rodney has been in hot water while serving as a closer, but he always seems to find a way to work through his struggles. At 41 years old, however, one must at least ask the question whether or not his age is catching up to him. Rodney's 3.98 xFIP and 6.75 ERA help tell a story of a guy who is, at least partially, suffering from some bad luck, which is supported by his 66% strand rate. His 25% HR/FB rate is a scary number, but in all actuality, he has only allowed 8 fly balls, meaning 2 of them went out of the park. It's small sample noise, but more concerning is his sharp drop in swinging strike rate this season down to 9.2% from 12.2% and his chase rate remains worse than league average. As I stated all spring, I hate the skillset, but it's hard to deny Rodney's experience and level of trust he establishes with his managers. Nonetheless, how much is too much when it comes to blown saves?

-Braves closer-in-waiting AJ Minter collected his first save of the season on Wednesday night after he was tabbed to pitch the 9th inning against left-handed Joey Votto and left-handed Scooter Gennett. The matchups were the primary reason Minter got the call over closer Arodys Vizcaino, but Minter made quick work of the Reds lineup, which should open the door to more opportunities down the road. Vizcaino' s current 16% walk rate is a recipe for disaster and when slightly lower velocity and significant losses to his chase rate, one has to wonder if Vizcaino is totally healthy. Minter should be owned, if he was dropped in your league.

-Brad Ziegler continues to struggle in non-save situations. With just two save chances to his name for the season, Ziegler has struggled mightily in his other eight non-save appearances, allowing a total of 10 earned runs in those outings. Ziegler remains a candidate the team will look to deal this summer, so speculating on Drew Steckenrider or Kyle Barraclough, if your roster has the flexibility, is a viable option given those two pitcher's massive strikeout upside. However, the lack of save opportunities will continue to be a drag on their overall value.

-Oakland closer Blake Treinen was hit by a line drive earlier this week, leading to the first save on the season by teammate Santiago Casilla. Treinen seems to have avoided major injury, but the situation did confirm the bullpen hierarchy, as we suspected. Casilla remains a good arm to keep stashed given Treinen's early season woes.

-White Sox's Joakim Soria continues to see the majority of save chances for Chicago, which makes sense since he's one of the other bullpen arms with a guaranteed contract. Soria was pitched well in the closer role and will likely be attractive to another team at the trade deadline. If that happens, Nate Jones would be the early favorite to take over as closer. For now, Jones is no longer a must-own given the limited number of opportunities Chicago generates and the uncertain established role.