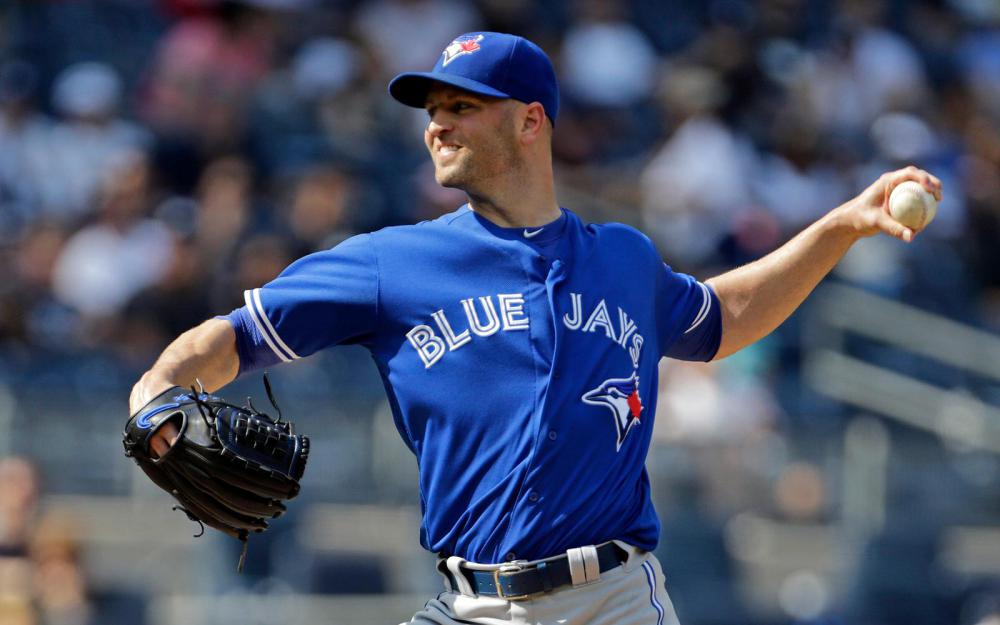 Did you pick up Davidson after his 3-HR Opening Day performance? Let's hope not. Since then, he has gone 10-62 (.161) with 2 HR's and 29 K's (39.1% K%) in 17 games, including an 0-4, 4 strikeout outing against the Mariners on Tuesday. His strikeout rate is pretty much in line with last season, so there's no reason to expect that he'll improve much on his .220 BA from last year. He'll still hit some homeruns, but probably not as many as people were dreaming about after seeing the opener. This is why we try not to make decisions based on one game.

Happ struck out 10 in 7 IP against the Red Sox on Tuesday, allowing just 1 ER on 4 hits without walking a batter. Happ has now struck out at least 8 in four consecutive starts, and although he has never finished a full season with over a strikeout per inning, his current K/9 is at 12.72! He has never before recorded a SwStr% over 10%; this year he was at 14.3% entering Tuesday's contest. Combine that with a career best 2.17 BB/9, and the 35-year-old's xFIP comes out to a shiny 2.70, nearly a run better than his previous career best. It's hard to expect the veteran to continue at this pace, but there's a chance this could be Happ's best season yet, and with a solid floor in place, he deserves to be owned in most fantasy leagues.

Simmons returned from a forearm injury to have a monster game, going 3-4 with 2 HR's and 5 RBI. Simmons currently leads the league with a 6.4% K% which should help him maintain a good BA, and while he doesn't hit a ton of FB's, his FB% and Pull% are right in line with last year's marks when he hit 14 HR's and he has upped his Hard% by about 10%, so he could easily challenge his career-high of 17 dingers. In addition, he stole a career-high 19 bases last season, and with 2 SB's already this season, there's no indication that he plans to stop running. With 5 category potential, Simmons has an excellent chance at finishing as a top-10 SS and should be considered in nearly all fantasy settings.

Triggs allowed 1 ER in 6 IP against the Rangers on Tuesday, striking out 6 while allowing 1 BB. Triggs' 4.70 ERA is a bit skewed by one awful outing; he has allowed 2 ER's or less in 4 out of his 5 starts. The most positive development however is that he has upped his K/9 from 6.89 in 2017 to 9.00 so far this season, which should be enough to put him on the fantasy radar. The increase in strikeouts has come with a slight bump in his walk rate as well, although it's still early enough to think that that will settle back into last year's range. Triggs has always posted excellent GB-rates, so if the strikeouts stick, he could become a very usable pitcher.

Gordon always has a chance to make a daily impact with his legs, and on Wednesday, he'll have a good opportunity to do so when the Mariners face off against CWS RHP' James Shields. Gordon hit .314 with a .352 OBP against RHP's in 2017. Shields meanwhile allowed a .375 OBP to LH-hitters in 2017, and that number is up to .429 so far this season, so Gordon should have an excellent chance to reach base multiple times. DraftKings Value Play Salary $4,100.