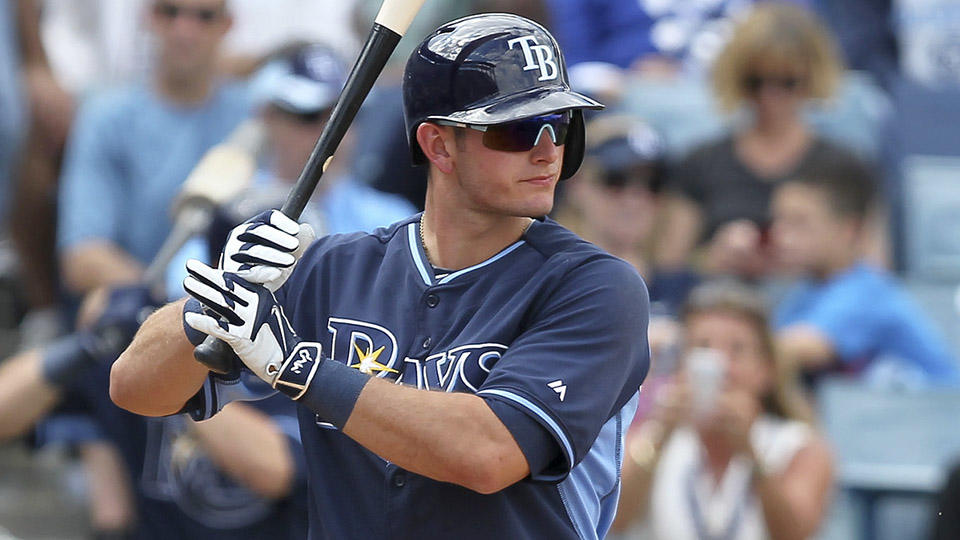 Daniel Robertson(INF-TB): Robertson went 2-for-4 against the Red Sox. Just three short years ago, Robertson was a consensus top-30 prospect, but after some struggles in the high minors and majors, Robertson had completely fallen off the radar until his hot start. I see it as legit. He may not offer a standout tool to make him extremely valuable in standard 12-team ROTO leagues, but his positional versatility and plate discipline give him enough value to warrant a pickup in all but the shallowest of leagues. I'd give him a few more notches in OBP and points leagues, and envision the Rays moving forward with a Wendle, Robertson, and Adames infield full-time by the end of May.

J.A. Happ(SP-TOR): Happ won after allowing two runs on five hits (one homer) and no walks with nine strikeouts over seven innings vs. the Rangers. Happ threw 67 of 99 pitches for strikes and induced six groundouts to continue what has been a breakout season for the (yes) 35-year-old. He now boasts a 50:7 K:BB ratio and a 48 percent groundball rate over 36 innings thanks to a heavier reliance on both his four-seam fastball (which has one of the highest spin rates in the game) and his two-seam fastball. He has picked on a few weaker offenses, so the K-rate may dip slightly, but make no mistake about it: Happ is the real deal.

Marco Gonzales(SP-SEA): Gonzales won after allowing two runs on six hits (one homer) and one walk with four strikeouts over six innings against the Indians. After a rough start to the season, Gonzales has allowed two runs over his last 12 innings with a 12:2 K:BB ratio. Kudos to our own Michael Waldo for advising fantasy owners to be patient with the lefthander, who still carries a .390 BABIP and a 68 percent strand rate. He's attacking the zone and missing more bats, so look for these two outings as a sign of things to come. Buy.

Trevor Cahill(SP-OAK): Cahill lost after allowing four runs (three earned) on four hits (one homer) and one walk with five strikeouts over six innings against the Astros. Cahill is enjoying a renaissance at age-30 and should be rostered in the majority of formats. Talk about a Kevin Brown quotient with a 55 percent groundball rate and a 30 percent strikeout rate! His swinging strike rate is once again on the rise and he's on pace to post the highest chase rate of his career. While many of the young guns are likely to garner the FAAB attention, don't forget about Cahill.

C.C. Sabathia(SP-NYY): Sabathia won after allowing one run on five hits and one walk with four strikeouts over seven innings pitched against the Angels. Sabathia threw 64 of 97 pitches for strikes and induced eight groundouts en route to his second victory of the season. While I'm buying into the gains with Cahill and Happ, I see some cautionary signs with Sabathia. He is benefiting from a .207 BABIP and a 79 percent strand rate, and is simply not missing enough bats (15 percent strikeouts rate). However, he looks rejuvenated after overcoming personal struggles, and I see no reason why he cannot approach last year's numbers once again.