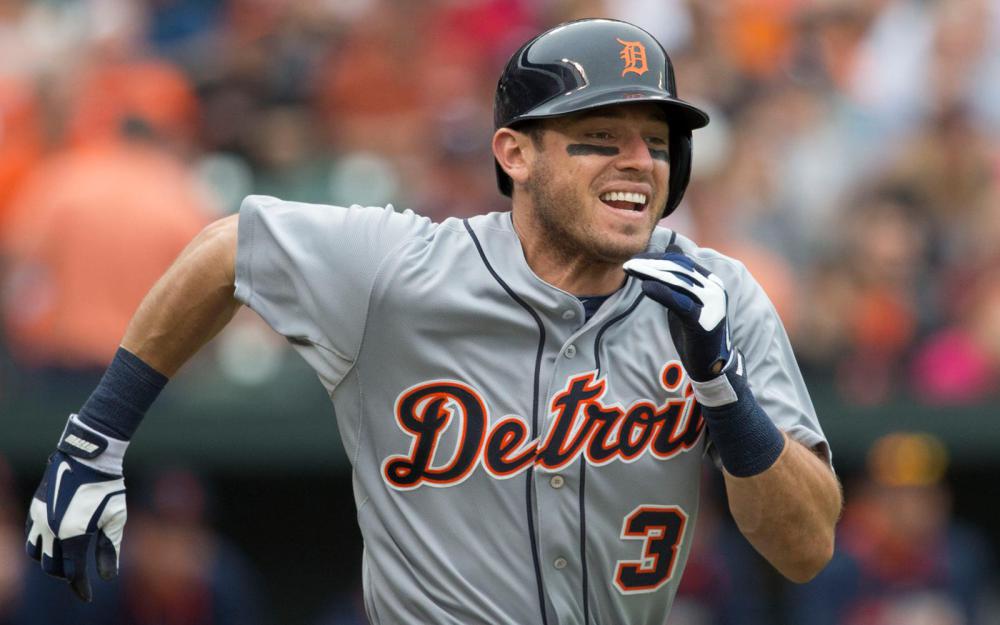 Luis Severino: Severino was solid on Friday as he allowed one run and eight baserunners (4 walks) with five strikeouts over six innings against the Angels. Severino had been fantastic entering Friday's start and had posted a 2.35 ERA that is likely sustainable. Considering his impressive pitch arsenal and solid batted ball profile, Sevy's BABIP along with his strikeout and walk rates are in line with it's expected value, and his only real red flag is his 0.8% home run rate. Severino's 2.8% HR/FB ratio will almost definitely rise over the course of the rest of the season, and his home run rate is also nearly a lock to rise considering the hitter friendly confines of Yankee Stadium, his 0.94 GB/FB ratio, and his solid but not elite 31.3% hard hit rate. Even so, Sevy will likely finish as a fantasy ace and boasts impressive potential considering his age and pitch arsenal.

Ian Kinsler: Kinsler went 0-4 on Friday against the Yankees. Kinsler had struggled prior to Friday, and his outing against the Yankees lowered his slash line to just .185/.285/.274. Despite his poor counting stats, Kinsler should improve significantly throughout the 2018 season as he's been unlucky so far this year. Firstly, Kinsler's .205 BABIP sits well below his .284 career average (and even his .244 mark from last season), and should rise substantially considering his solid 30.3% hard hit rate and 19.3% soft contact rate. Additionally, Kinsler has suffered from an unsustainably low 3.4% HR/FB ratio and 1.3% home run rate, both of which should improve as the season progresses. Add in that Kinsler tends to hit at the top of a strong Angels lineup and can still accumulate double digit steals, the 35-year-old is an intriguing buy low candidate and should finish the season as a solid option at second base.

Edwin Encarnacion: Encarnacion hit a pair of singles, scored a run, and struck out once on Friday against the Astros. Encarnacion has been off to a tough 2018 season so far, but he has posted encouraging peripheral stats and is likely to rebound during the rest of the season. Despite posting a solid batted ball profile in line with his career averages (36.9 percent hard hit rate, 18 percent soft contact rate in 2018), Encarnacion has suffered from an unsustainably low (and far lower than his .271 career average) .202 BABIP. While his home run rate is reasonable and unlikely to rise or fall much over the course of the rest of the season, Encarnacion should improve significantly in 2018 as his BABIP rises. Concerningly, Encarnacion has struggled with his batting eye so far this season and has swung at a career worst 30.5 percent of pitches outside of the strike zone, feuling his unsightly 3.47 SO/BB ratio. Even if Encarnacion continues to struggle with his plate discipline in 2018 though, he should rebound nicely as his luck likely turns around. Buy low if you can.

Andrelton Simmons: Simmons notched a single in four at bats against the Yankees on Friday, and it appears as though his bat is finally becoming as valuable as his glove has been for years. Simmons has been off to an uncharacteristically hot start to the season at the plate and now owns a .330/.399/.462 slash line following Friday's' contest. An apparent increase in Simmons' skills seems to be behind his increase in productivity, so he should be able to maintain his elevated performance over the rest of the season (though likely not quite to this extent). Starting with his impressive and career best strikeout and walk ratios (5.1% and 9.7%, respectively), Simmons has apparently developed his approach at the plate as he has supported career best numbers in those categories with a career best O-Swing% that puts him in the top 20 in the league. Additionally, while Simmons' .335 BABIP will likely fall, it should still land comfortably above .300 over the course of the rest of the season if he can maintain his career best 35.8% hard hit rate and 1.03 GB/FB ratio. Simmons' home run rate is in line with his batted ball profile and is unlikely to change, but he's never been relied upon for his power and his strong plate discipline, speed, and apparent relative power surge make him a likely candidate to continue his breakout season at the plate. Simmons will likely slow down from his torrid pace throughout the rest of the season, but he should still finish as a valuable fantasy asset at shortstop.

Mike Fiers: Fiers struggled against the White Sox on Friday as he allowed 12 baserunners (nine hits) and four runs over 5.2 innings of work. Fiers has not been a particularly useful fantasy option since his solid 2015 season, and the 32-year-old has again struggled to produce in 2018 having posted a 4.57 ERA entering Friday's start. Fiers may get even worse over the course of the rest of the season as his .267 BABIP is unsupported by his batted ball profile (35.6% hard hit rate, 17.1% soft contact rate), and his 3.8% walk rate will likely regress towards his 7.3% career average. On the bright side, Fiers' 5.5% home run rate will probably fall throughout the season and his 15.3% strikeout rate should rise. Even so, Fiers projects to be an unreliable fantasy option in 2018 and shouldn't be rostered in most leagues.