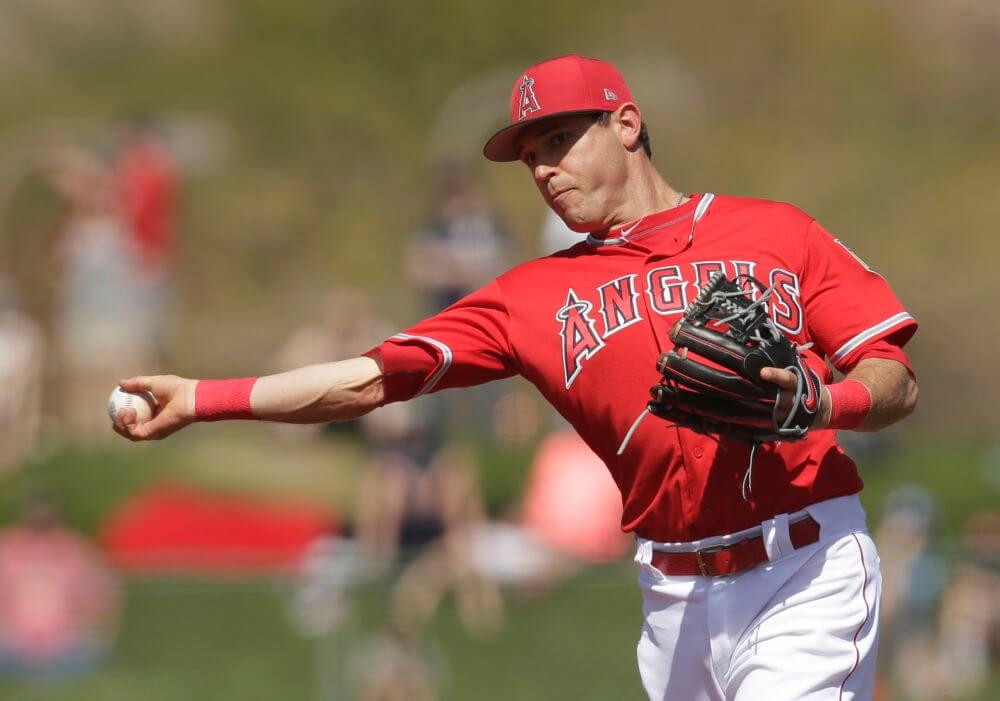 Ian Kinsler (2B-LAA) Kinsler had a monster game Tuesday reaching base all 4 times he came up to the plate adding a single, double, home run and walk while scoring 3 and driving in 3. Kinsler entered the game hitting just .179 and contributing 6 RBIs all season up until this point so the offensive outburst has been almost 2 months in the making. Considering Kinsler had just 4 hits over his past 11 games entering this one, expectations should be tampered until he can string a few solid performances together. That being said his K% of 10.4% would be his lowest in 5 seasons and his current BABIP of .188 is sitting about 80 points lower than his career, signaling that he may have had some bad luck during the first part of the season. The drop in BABIP may be related to an 8% drop in hard contact rate from last year (37% in 2017 vs 29.3% this season) so if Kinsler can keep demonstrating a solid eye and hit with more authority he may be able to bring his numbers back closer to his career slash line of .271/.339/.443.

Brett Gardner (OF-NYY) Gardner went 4-5 with two home runs and 3 RBIs Tuesday evening. Gardner launched his 3rd home run of the season leading off in the bottom of the 1st and then added the tying home run in the bottom of 9th, sandwiching 2 singles in between the longballs. The long tenured Yankee, Gardner has struggled a bit hitting just .240 and posting a .684 OPS entering the game, but was able to boost it all the way up to .741, more in line with his career mark with the 2-home run game. Across the board Gardner is posting numbers very similar to his career marks all around - his 13.6% BB% (10.4% career), .292 BABIP (.304 career) and 94 wRC+ (103 career) are all in line with what Yankees fans and fantasy owners should expect. In addition to posting as-expected numbers, Gardner has currently scored 35 runs and if he continues to hit atop a potent Yankees lineup could end up shattering his previous high in runs scored (97 in 2010) and surpassing the 100 runs scored threshold for the first time in his career.

Charlie Morton (SP-HOU) Morton tossed 6 innings allowing 3 runs on 8 hits while walking 1 and striking out 10, leaving with a no decision Tuesday. Due to Morton's completely dominating nature thus far this season, the 8 hits (a season high) and 3 runs allowed may be deemed a bad start by some but Morton was able to offset the hits by notching his 4th 10+ strikeout game of the season. If there is one thing to nitpick about he did allow 2 more home runs, which upped his total allowed to 9 compared to 14 allowed total last season in 146+ innings of work. His HR/9 will take a slight a hit, as he entered the game sitting at 1.02 home runs per game, a number that still had him in the top 20 for lowest HR/9 among qualified starting AL pitchers. He will now carry an 7-0 record and 2.26 ERA and 0.90 WHIP into second start of the week Sunday vs the Red Sox.

Vladimir Guerrero Jr. (3B-TOR/AA) Guerrero Jr. hit his 11th home run Tuesday in New Hampshire's 11-2 victory. At this point it would seem he has nothing left to prove at AA as he has destroyed Eastern League pitching putting up an insane .426/.474/.716 line along with 18 doubles, 11 home runs and 53 RBIs. Maybe most importantly his plate discipline has been on point as he has 18 BB vs 21 Ks. If it's even possible, he has been hotter over the past 10 days compiling a .500 average (19-38) with 4 home runs, 12 RBIs and 2 stolen bases. Blue Jays fans have to be wondering when Vlad Jr. will get the call to the big leagues, especially with Josh Donaldson banged up and veteran catcher Russell Martin getting the start at third base Tuesday evening.

Michael Brantley (OF-CLE) Brantley went 3-4 with a home run 2 RBIs and 2 runs scored to push his hitting streak to 18 games. After two injury plagued season in 2016-2017 where he played a combined 101 games, Brantley has come out swinging in 2018 upping his already impressive line to .343/.380/.573 all well continuing to show excellent plate discipline (11 BB to 16 k) that has always been a part of his game throughout his career. During the hit streak Brantley has 8 multi-hit games, 5 home runs and 19 RBIs. His .329 BABIP is in line with his career numbers and his .218 ISO would be the highest of his career, 40 points higher than his 2014 mark where he finished 3rd in the AL MVP voting.