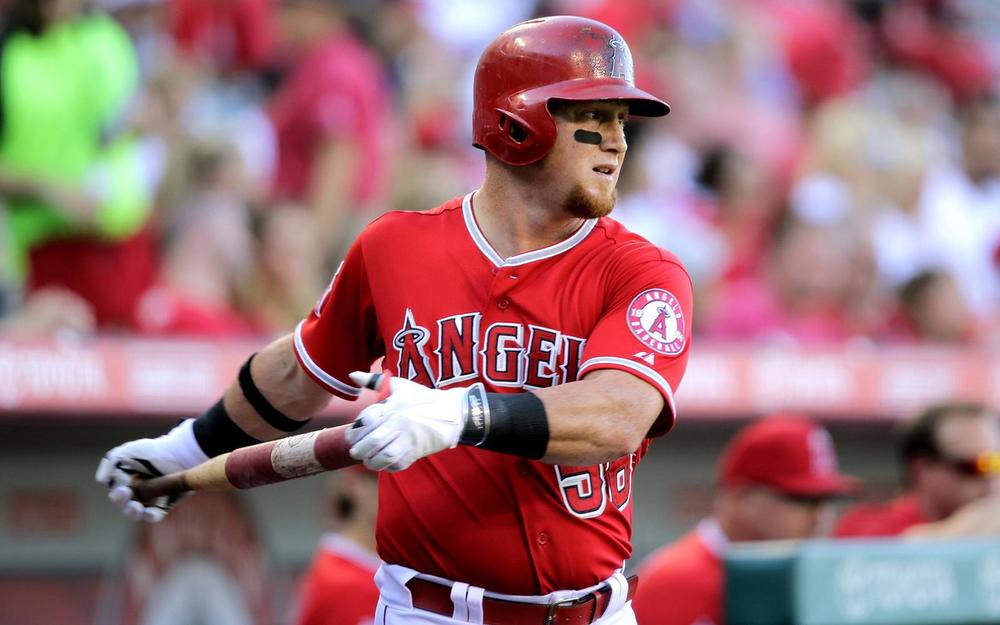 Tommy Pham: The Rays acquired Pham at a cheap price at the trade deadline on Tuesday, and fantasy owners should look to do the same as the 30-year-old appears poised for a monster finish to the year. After breaking out last season and slashing .306/.411/.520, Pham has been just as good if not better in 2018 -- even if his production hasn't shown it yet. Pham's contact quality (47.5% hard hit rate, 12.9% soft contact rate) and plate discipline skills (23.7% o-swing rate) are still elite, and his home run, extra base hit, strikeout, and walk rates should all be expected to improve accordingly over the rest of the season. Pham has posted a slightly below average contact rate (78.1%) and hits a lot of balls on the ground (1.09 GB/FB ratio), but all of his peripherals sit either basically in line with or better than where they sat last season. Look for Pham to get on a hot streak after settling in with the Rays, and get him while you can.

Masahiro Tanaka: Tanaka pitched six strong innings on Tuesday and allowed just five baserunners and no runs while striking out eight Orioles batters. Tanaka took a 4.09 ERA into Tuesday's start that represents a disappointing number for fantasy owners, but there's more to like about him than his 4.58 FIP suggests. Starting with the good news, Tanaka has improved his pitch mix this season to feature his effective sinker and slider more often, and his pitches have been just as nasty as they've always been as he's generated a 37% o-swing rate and excellent 71.9% contact rate that have carried him to a strong 24.9% strikeout rate. Tanaka's walk rate is up due to a near career low 40.6% zone rate, but at 6.2% it isn't too concerning. Additionally, Tanaka's 0.94 GB/FB ratio is in line with his career average and is significantly more ground ball heavy than the MLB average (0.83). Cracks start to show in Tanaka's performance when looking at his contact quality profile. Tanaka has allowed a career worst 36.3% hard hit rate (18.7% soft contact rate) that suggests that his .247 BABIP should rise over the rest of the season, and supports an elevated HR/FB ratio that gets to the heart of Tanaka's struggles this season. A 4.9% home run rate with Tanaka's batted ball profile seems high (and it is; he's posted a 16.2% HR/FB ratio despite an MLB average of 8.6% and a career average of 11.7%), but Tanaka's unusually high hard hit rate and focus on the top half of the zone this season (where he has a tendency to hang his slider) enables hitters to the ball well frequently -- playing home games at Yankee Stadium doesn't help either (still, Tanaka's home run rate should fall over the rest of the season) -- and he's allowed batters to barrel the ball at a staff worst 1.5% rate. If Tanaka can start focusing more on the bottom half of the strike zone and limit hard contact to reign in his hard hit rate, then he should be an ace over the rest of the season. Buying low could be a shrewd move, but Tanaka comes with plenty of risks so be careful not to overpay.

Edwin Encarnacion: Encarnacion went 1-3 with a strikeout but collected a trio of RBIs in Cleveland's win over the Twins on Tuesday. The 35-year-old had posted a relatively poor .235/.319/.479 slash line entering Tuesday's game but appears poised for a strong rest of the season with increases in nearly every meaningful statistical category. Encarnacion has been crushing the ball this season to the tune of an elite (and career best) 44.4% hard hit rate while putting the ball in the air frequently with a healthy 0.55 GB/FB ratio but owns an unsustainably low .245 BABIP that should sit over his .271 career average over the rest of the season. In addition to his likely improvement on batted balls, Encarnacion should be expected to see his worse than usual strikeout (23.1%) and walk (10.3% rates rise over the rest of the season as well based on his strong o-swing (28.7%) and decent contact (76.7% -- not great but in line with last season) rates. Encarnacion probably won't see his power numbers improve much, but expected improvements in his batting average and strikeout and walk rates make him an attractive buy-low option as many leagues' trade deadlines loom.

Tyler Skaggs: The Rays touched Skaggs up for 10 runs over just 3.1 innings on Tuesday. Skaggs had posted an impressive 2.62 ERA entering Tuesday's start, but he's unlikely to find much success over the rest of the season. Apart from owning one of the more difficult schedules over the rest of the season, Skaggs appears to have benefited from some luck and should regress as well. Skaggs has allowed a not great 38.1% hard hit rate and even worse 13.6% soft contact rate that (combined with his 0.91 GB/FB ratio) suggests that his .313 BABIP is about reasonable but that his 5.7% HR/FB ratio is highly likely to rise. Skaggs' solid plate discipline numbers (32.8% o-swing rate, 75.6% contact rate, 42.6% zone rate) indicate that he should be able to maintain his strikeout numbers (25.5% strikeout rate) but that his 6.9% walk rate will likely rise. Look for Skaggs to be productive over the rest of the season, but his extra base hit and home run rates should rise significantly and owners should consider selling high.

Kole Calhoun: Calhoun had a great night at the plate on Tuesday and went 3-4 with a walk, three RBIs, and his 13th home run of the season. Calhoun had posted a poor .201/.256/.365 slash line entering Tuesday's contest but he'd been red hot in July and slashed .301/.355/.723 over the last month. Every month of the season has seen improvement from Calhoun, and his overall numbers should continue to improve over the rest of the season. Calhoun has been hitting the ball very well so far this year (39.4% hard hit rate, 13.6% soft contact rate) but owns a .225 BABIP that will almost definitely continue to rise over the rest of the season. Additionally, though his 23.8% strikeout rate and 7.2% walk rate suggest a below average hitter, Calhoun has posted a better than average 29% o-swing rate and decent (but admittedly subpar) 74.7% contact rate (that has actually fallen over his recent hot streak but still isn't terribly concerning). Power isn't an issue for Calhoun either as evidenced by his strong hard hit rate, and he's posted a solid and sustainable 3.8% home run rate as well as a likely to rise 7.2% extra base hit rate so far this year. Calhoun probably won't replicate his July numbers over the rest of the season, but he appears poised to stay at least moderately hot through the end of the season and should be owned in most leagues (current ESPN ownership is just 37.2%). Jump on him if he's still available in your league.