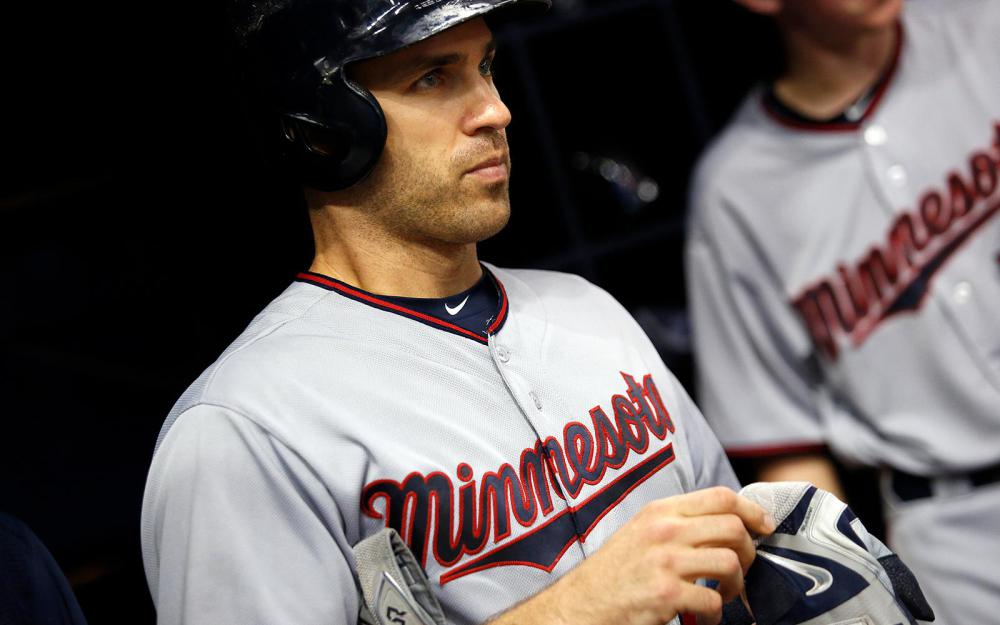 Jason Kipnis: Kipnis had a tremendous day at the plate on Sunday and went 4-5 with a stolen base, an inside the park home run, three runs, four RBIs. Though his overall numbers don't quite show it, Kipnis has actually had a pretty solid season at the plate and Sunday's game could be the start of a hot streak that stretches through the end of the year. Kipnis has posted a solid 36.3% hard hit rate for the season while maintaining an impressive 28.3% o-swing rate and above average 81.4% contact rate, and his hard hit and o-swing rates have both been trending in positive directions recently suggesting that a long overdue breakout of his season long slump could be imminent. Another interesting part of Kipnis' 2018 season are his splits; the 31-year-old has effectively switched his ability to hit against righties and lefties. For his career, Kipnis has struggled against southpaws and been solid against righties, but it's been the opposite this season. This change appears to be the result of a concentrated effort to hit more fly balls; Kipnis has posted a higher fly ball rate against lefties over each of the past three seasons while the same rate has remained largely flat against right handers (since Kipnis has underperformed his peripherals this season, expect his performance to start to even out between lefty and righty pitchers). With all of that in mind, DFS players looking for cheap options at second base or fantasy owners looking for a solution at the position would do well looking to Kipnis for the rest of the year.

Shane Bieber: Bieber escaped with the win after allowing four runs over 5.1 innings of work and struck out seven hitters against the Royals on Sunday. Bieber took a 4.36 ERA into Sunday's start, and although the rookie boasts an encouraging 3.02 FIP backed by impressive 24% and 4.7% strikeout and walk rates respectively, he has posted a number of red flags that fantasy owners should be wary of. Firstly, Bieber's impressive 4.7% walk rate is likely unsustainable based on his 30.5% o-swing rate, 46.3% swing rate, 48.7% zone rate, and (good enough to justify his strikeout rate but not his walk rate) 76.7% contact rate -- those numbers compare remarkably well with Rockies reliever German Marquez (30.3% o-swing rate, 46.3% swing rate, 50.5% zone rate, 76.7% contact rate) who has posted a more reasonable 7.8% walk rate in 2018. Additionally, Bieber has struggled to induce desirable contact this year (42% hard hit rate, 9.4% soft contact rate), and his 6.1% home run rate is likely to rise significantly over the rest of the season. Bieber should still be solid over the rest of the season, but don't expect him to improve like his FIP suggests he should.

Alex Bregman: Bregman went 1-3 with a walk and a run scored against the Angels on Sunday. Bregman has quietly become an elite MLB player and fantasy asset, and he's done so by having top tier plate discipline skills and making frequent, high quality contact. No player in the major leagues makes more contact while swinging at fewer pitches outside of the strike zone than Bregman has this season, and he's managed to do so while hitting the ball hard at a strong 36.8% rate. That combination allows Bregman to post a 0.92 SO/BB ratio (3rd best in the league) and above average 4.2% home run and 11.4% extra base hit rates -- a combination that only two other players have matched this season (Mike Trout, and Jose Ramirez have also posted SO/BB rates below 1.00 and a home run rate above 4%). Bregman also posts solid stolen base numbers (17 stolen bases last season, 10 so far this year), and has the athleticism and batted ball profile that suggests that his .286 BABIP is likely to rise over the rest of the season. Overall, Bregman is one of the best hitters in the MLB (with the potential to be even better over the rest of the year) and should continue to produce as such for this season and over his career.

Nathan Eovaldi: Eovaldi took the loss against the Rays on Sunday and allowed six runs (five earned) on eight hits. Eovaldi has been solid in 2018 but stronger since joining the Red Sox and had posted a 2.89 ERA over his first five starts with the club. Don't expect Eovaldi's recent hot streak to have much staying power though; over his last five starts, Eovaldi has seen his o-swing, contact, and hard hit rates all trend in undesirable directions, and his ERA will likely follow those trends if they maintain themselves. That being said, Eovaldi's arsenal that features a fastball averaging over 97 MPH and a newly developed cutter offers some exciting upside. Eovaldi broke out his cutter for the first time last season (save for 2012 when he threw it 3% of the time) and threw it just under 7% of the time -- a number that jumped up to 33% so far in 2018. While Eovaldi's fastball has always been strong, he had never fully developed reliable secondary pitches (all of his secondary pitches have been considered negative value per Fangraphs for most of his career) until now. As a result, Eovaldi used his fastball nearly 50% of the time last year and over 70% of the time at its peak in 2013. Predictably, hitters were able to jump on Eovaldi the more times they saw him, and opposing batters have hit .332/.386/.507 in Eovaldi's third time through the order for his career. The addition of an effective cutter has allowed Eovaldi to find more success deeper in games, and batters have hit .294 in their third time up against Eovaldi so far this season. Additionally, Eovaldi has done an excellent job getting hitters to chase pitches this season (his 34.3% o-swing rate would rank 14th in the league if he qualified) and has maintained a low (but likely to rise) 3.5% walk rate backed up by 50.7% zone and 54.5% swing rate that should help his value going forward. Ultimately (unless he can develop another pitch) Eovaldi might be best suited for a bullpen role where his fastball could routinely touch triple digits and he'd only face hitters once or twice each, but his likely (mostly) sustainable full season numbers (3.81 ERA, 8.4 K/9) should make him a solid fantasy asset over the rest of the year.

Joe Mauer: Mauer went 1-5 against the A's on Sunday. Mauer is slashing .276/.353/.374 for the season and although he's posted fairly unimpressive power numbers, he could be a player who pushes fantasy teams over the top in the playoffs. The problem for Mauer this season hasn't been his contact quality -- Mauer has actually been hitting the ball very well in 2018 (his 43.1% hard hit rate, 4% IF/FB ratio, and 28% line drive rate are extremely desirable), so his 3.5% HR/FB ratio and 6% extra base hit rate are likely to rise over the rest of the season even if his plate approach isn't changing -- but his tendency to hit the ball on the ground, and his 1.11 GB/FB ratio has held his power potential back. Fortunately for Mauer owners, the 35-year-old has significantly increased his fly ball rate over the past two weeks and has seen a corresponding jump in his HR/FB ratio. Combine his impressive contact quality profile with his incredible plate discipline (20.2% o-swing rate, 87.4% contact rate, 1.42 SO/BB ratio) and a higher rate of fly balls, and Mauer becomes an intriguing candidate to be an impact fantasy player down the stretch.