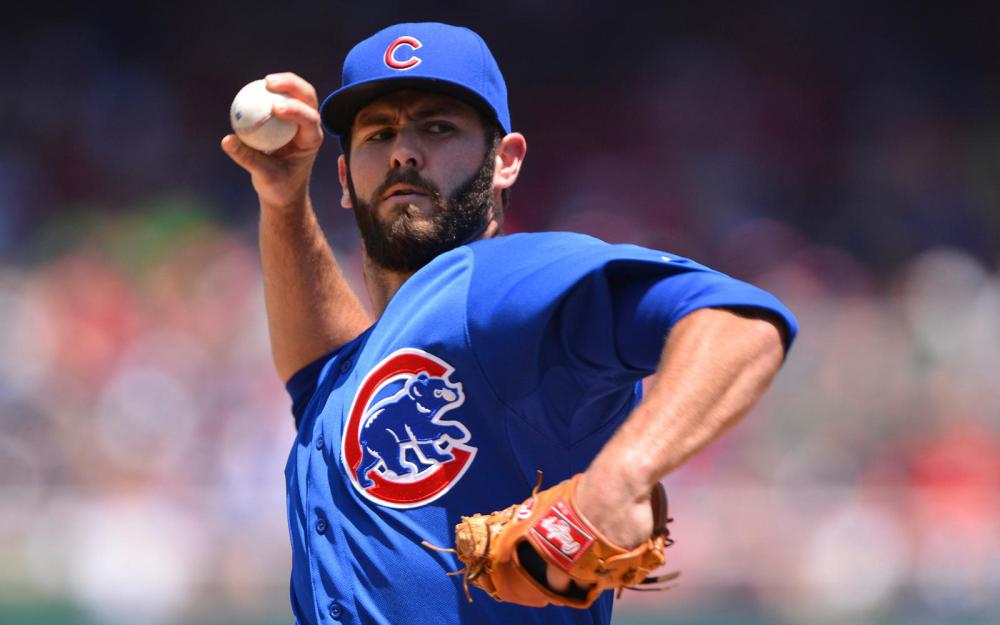 Jake Arrieta went 3 IP and gave up 4 ER on 4 H, 3 BB, and 3 K's against the Nationals. Arrieta has pitched well this year for the Phillies with above average surface numbers (3.37 ERA). The concern is that the underlying skills have eroded such as his strikeout rate dropping from 23% to 18% and his swinging strike rate has fallen to 7.4%. He is doing an excellent job of inducing weak contact with 54% GB and 27% hard contact which are both above average. His SIERA of 4.31 represents the downside to Arrieta but he has shown that he can be successful without swing and miss stuff. The concern long term is that this is not a sustainable strategy but he should be fine for the rest of this year but tonight represent the downside of his underlying skills.

Jeff McNeil was 0-4 with a walk and 2 R against the Cubs. On the year, McNeil is hitting .319 with 2 HR, 17 R, 10 RBI, and 3 SB in 34 games. The plate skills have been excellent with 9% K and 7% BB. He is also doing a good job of making hard contact as well with 38% Hard. McNeil does have a center/oppo approach which is going to help his batting average and hinder his power potential somewhat. This partly explains his 6% HR/FB despite 38% hard contact and 33% FB. He most likely has more real life value than fantasy due to his contact oriented approach but eligibility at the second base makes him at least league average with upside for more in terms of fantasy.

Joey Lucchesi went 6.2 IP and gave up 1 ER on 6 H, 2 BB, and 9 K's against the Mariners. Lucchesi has been a pleasant surprise for both the Padres and fantasy owners. He has a 3.59 ERA with a 1.29 WHIP over 105.1 IP. His strikeout rate is 25% with 10% swinging strikes. The concern for Lucchesi is that hitters will adjust to his funky delivery and his strikeout rate regresses to meet his swinging strike rate. He also gives up a lot of hard contact (40%) which has resulted in 1.46 HR/9. With that being said his advanced ERA indicators (3.79 SIERA) like him to continue doing what he is has been doing. He is an above average starter who pitches in the NL and in a pitchers park.

Brian Anderson was 0-4 with two runs scored against the Red Sox. Anderson is hitting .276 with 10 HR, 73 R, 56 RBI, and 2 SB. The Marlins lack of production is dragging down his counting stats but Anderson has held his own in his first major league season. He has very solid plate skills with 17% K and 9% BB. There is also hope that he can use his contact skills to change his launch angle slightly to hit more fly balls increasing his power. Anderson has the skills to hit for power (40% Hard and 39% Pull) but his fly ball rate is just 28% with 55% GB. He isn't going to be a superstar but Anderson is just a slight change away from being an above average third baseman.

Sean Newcomb went 4 IP and gave up 6 ER on 8 H, 2 BB, and 7 K's against the Rays. Newcomb has exceeded expectations this year with a 3.85 ERA with a 1.29 WHIP over 145 IP. His SIERA of 4.57 is nearly a run higher than his ERA which signals that he is due regression. The main concern is that his strikeout rate is around league average at 22% but his walk rate is below average at 11%. He is also giving up 34% hard contact which is up from 27% a year ago. He has been fortunate with his batted balls with a .267 BABIP. The regression isn't going to totally set in this year if it does at all. Just don't expect a sub-four ERA the rest of the way with average strikeouts and poor command.