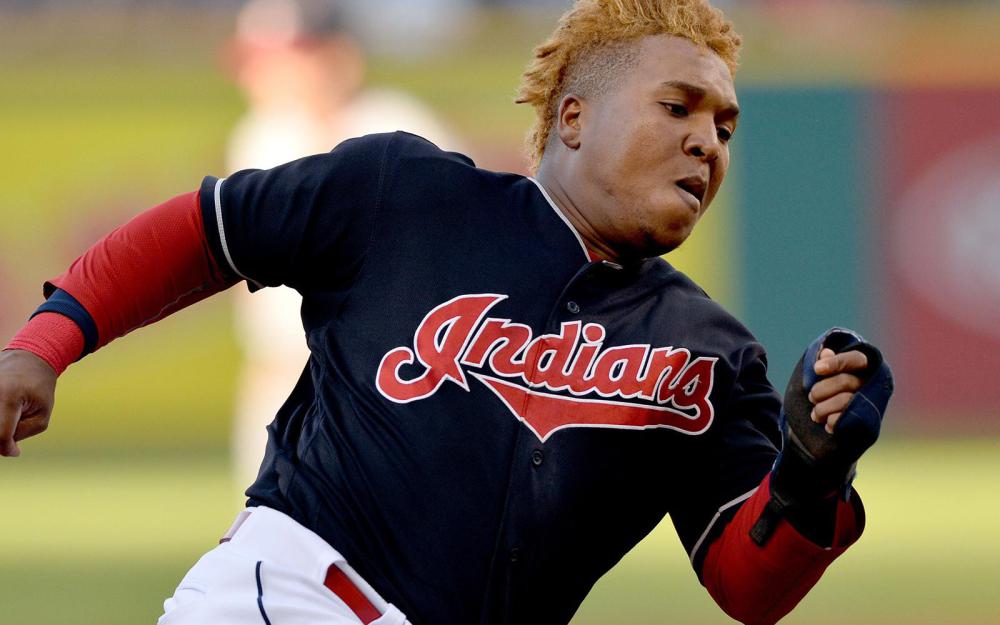 There have been rumors throughout the offseason that the Indians may trade one of their top pitchers in order to cut payroll. Well, so far that hasn't happened, but the Tribe has lost more than half their starting lineup from 2018 through either trade or free agency. But at least they still have Lindor and Ramirez. And now that Lindor is hurt, at least they have Ramirez. To be honest though, the current Indian's lineup doesn't look like that of a team that expects to win their division. Anyways, while others have discussed how Lindor's injury affects his fantasy value, it's also time to take a look at some of the players who may replace him, if he isn't ready to start the season. Let's just say it doesn't look promising. The current in-house options consist of minor leaguers and major leaguers who haven't yet had much success at the big-league level. Here's a look at a couple of those players and some other Indians notes:

Flaherty signed a minor-league contract with the Indians, and if Lindor is forced to miss the beginning of the season, Flaherty has an increased chance of making the team and seeing playing time. He was terrible offensively in his six seasons with the Orioles, before sizzling out of the gate with the Braves in 2018. He slashed .362/.464/.500 with 8 runs, 8 RBI, and 3 SB's through his first 17 games with Atlanta, but you wouldn't know it from his final season stat line. He finished at .217/.298/.292, and his career numbers aren't much different. He's worth nothing in fantasy.

Moroff was traded to Cleveland this winter from the Pirates, and is certainly a candidate to see expanded playing time early in the season if Lindor's injury lingers. His major league career has been quite underwhelming to say the least; in parts of three seasons with the Pirates, he slashed .193/.293/.331 with 6 HR's and a 33.0% K% across 209 PA's. He never really hit for average in the minors either. He did show some power at AAA, with 21 HR's in 125 AAA games over the past two seasons. He did that by hitting a lot of FB's, something that he has continued to do at the big league level so far (43.2% FB%). So perhaps there's potential there. That doesn't mean the Indians shouldn't be looking for better options.

With Lindor potentially missing the start of the season due to a strained calf, Ramirez looks like an easy choice for the first Indian off the draft boards. Right now, he's going on average 3rd overall following two MVP-caliber seasons in which he slashed a combined .294/.380/.567 and averaged 34 HR's, 26 SB's, 109 runs, and 94 RBI per season. He also walked (11.8%) more than he struck out (11.1%) over the two year period. But it's still hard to ignore the fact that he hit just .218 with 10 HR's in 279 PA's after the all-star break last season, and was even worse over his final 40 games, slashing a disturbing .166/.307/.290 with just 3 HR's. So what should we make out of this late season slump? Ramirez's 11.5 K% in the 2nd half was still elite and identical to his first half number, while his BB% actually increased after the break. Rather it was his BABIP that plummeted from .280 to .208 in the 2nd half. This may not have been just pure bad luck, as his Hard% dropped from over 40% to 28.5% after the break, but you still wouldn't expect a BABIP that bad. Considering the larger body of work and the consistently excellent contact rate, it's understandable that people are still comfortable taking Ramirez at #3 overall. All that being said, it was a long and brutal enough slump to make me hesitate taking him over someone like Nolan Arenado, but that's just me. More than likely, J-Ram will put another excellent fantasy campaign.

Bauer won his arbitration case against the Indians on Wednesday, and will get a salary of $13 million for the 2019 season. That's still quite a bargain for a pitcher who finished with a 2.21 ERA and 30.8% K% last season. 2018 was a career year for Bauer, who had never before posted a season with an ERA under 4.00. But last year, he upped his K% more than 4% over his previous career high, and his 13.3% SwStr% was way better than his previous career best of 9.6%, propelling Bauer into the upper-echelon of pitchers in MLB. He did benefit from some luck with a 6.2% HR/FB, but even if he regresses closer to his 3.14 xFIP from last year, he can still be considered an ace.

Perez has never done much offensively at the big-league level with a career .205/.298/.340 slash line, and last year may have been his worst year yet, as he hit .168 with 2 HR's and a 33.3% K% in 62 games. (At least he's been good in the postseason though with 4 HR's in 19 career playoff games!) Nevertheless, with the trade of Yan Gomes, Perez will have a chance to battle for the starting catcher job in Cleveland for 2019. He shouldn't however be battling for a spot on any fantasy team.

Plawecki is battling Roberto Perez for the starting catcher job in Cleveland this season, but like Perez, Plawecki's career offensive numbers thus far haven't been very impressive. One promising thing about Plawecki is that his FB% in the 2nd half last season rose to 43.7% (career 32.9%) and it's no coincidence that he saw the biggest "power surge" of his career (5 HR's over his last 40 games) during that time. He should also see improvement to his .210 BA as his 23.5% K% jumped nearly 10% from 2017 without any significant change to his SwStr% and will very likely regress. If he becomes the regular catcher, he could reasonably hit .240 with 15 HR's. Is that enough to be a fantasy catcher these days?

Are the White Sox going to sign Manny Machado? Sorry, I can't answer that question. But we can talk about some other White Sox players, including his brother-in-law, Yonder Alonso, who also says he doesn't what Machado is planning on doing:

As long as Alonso keeps hitting fly balls, his power numbers should remain respectable. Over the past two seasons, his FB% was at least 40% each year and he hit 28 and 23 HR's in those two seasons after never reaching double-digits in that category through his first 7 seasons. There's no reason to think he won't continue his recent trend in 2019, and hit 20+ HR's with a BA that won't hurt you. That still doesn't make him anything more than a late-round selection though.

Nola signed a 4-year, $45 million extension with the Phillies on Wednesday, following a season in which he went 17-6 with a 2.37 ERA. While his tradition numbers last season were easily his career best, Nola has actually been a consistent ace for a few years now, posting an xFIP between 3.00 and 3.30 and a K/9 over 9.00 in each of the past three seasons. His xFIP ranks in the top-10 over those three years and he should be drafted confidently near the top of drafts in 2019.

After years of being a regular in the first round of drafts, Goldy has dropped on average to the end of the 2nd round this season. This is despite hitting .290 with 33 HR's in 2018, numbers that are mostly line with what he's done throughout his career. So why the drop? It could be because of his horrific two months to start last season when he hit .209 with 7 HR's through April and May. But he was exceptional after that, slashing .330/.420/.602 with26 HR's from June 1 onwards. His K% bloated to 25.1% last season, but again that was only because of the terrible two months; after June 1, he was back to his career average. So does it make sense to look at a two month stretch at the beginning of the season compared to the last four months of the year and everything else he's done in his career? I know he's 31, and the SB decline is probably real, but he still seems like an excellent option in the 2nd round.

For your daily Bryce Harper report, Harper apparently is not interested in signing a short-term contract this offseason. There had been rumors that the Giants were hoping to sign Harper to such a deal, but apparently that's not happening. That doesn't mean the Giants still can't potentially sign Harper, which, as others have noted, would not be particularly good for Harper's fantasy value.

Rizzo had a down year by his standards in 2018, hitting .283 with 25 HR's and 101 RBI. It was a down year because he had hit 31 or 32 HR's in each of the past 4 years. His FB% did drop a tad from previous years, but his HR/FB also dropped about 3% from the previous two years, and that could very well go back up. I would say he has a pretty decent chance to get back to the 30-HR plateau this season and provide excellent fantasy value.

Victor Robles, OF, WAS

It seems that the Nationals are planning on having the 21-year old Robles as an everyday player this year after having played 34 MLB games over the past 2 seasons. He made very good contact and showed good speed in the minors, and he's had a decent 19.4% K% in his brief taste of the majors. He didn't show tons of power in the minors, but he has hit a lot of FB's which is a good sign. It's interesting to me that he's cracking the top-100 overall in drafts considering he has so little MLB track record, but I guess people like to take gambles.

Smith was lights out as the Giants closer last season; 2.55 ERA, 2.76 xFIP, 12.06 K/9, and 14 saves. Stll the Giants aren't committing to him as the closer next season because Mark Melancon is making a lot of money. Keep an eye on this situation as Smith's fantasy value has a lot of variance right now.