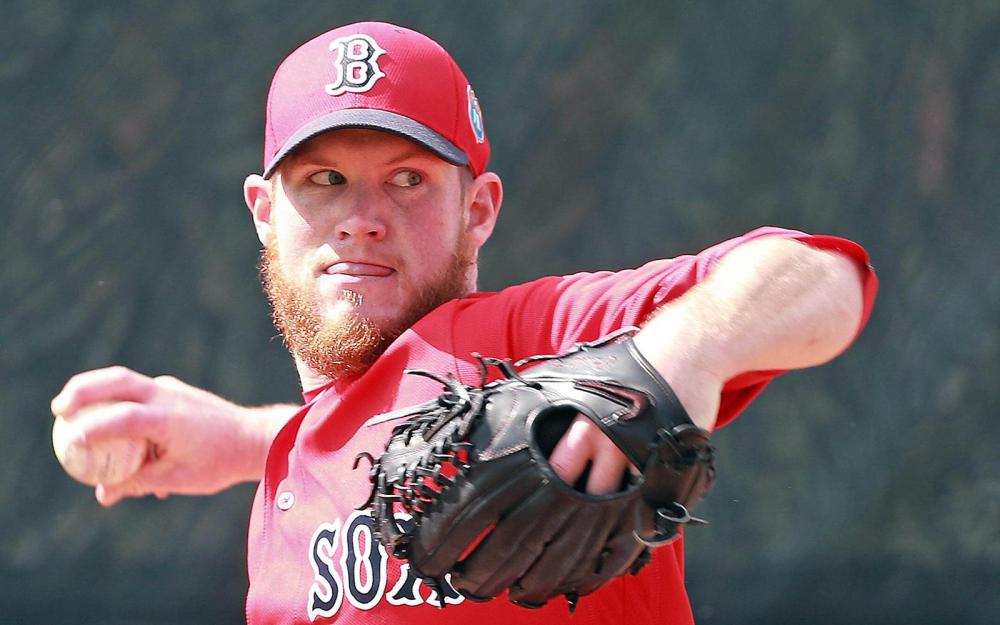 Yesterday marked the first NFBC Main Event drafts of the 2019 season. If you're unfamiliar, the Main Event is a high stakes 15-team, 5x5 rotisserie league that has both a league prize and an overall prize. There are 540 participants in the main event and the winner takes home a cool $150K. With such a large amount of money on the line, analyzing the draft results from this format offers an inside look of some of the sharpest minds in the fantasy baseball industry, who are putting their money where their mouth is and drafting for more than just bragging rights.

Since there is an overall aspect to the payout structure, it's important for teams to be balanced between the ten different scoring categories. As such, we often see closers valued slightly more in these drafts than drafts with simply a league prize where it's a little more feasible to punt one category and still compete for a league title. As we've seen the last several seasons, MLB teams have been trending towards more closer committees, meaning there are fewer closers that we can count on as the sole source of saves for their teams. In a 15-team league like the Main Event, that means that not every fantasy team will have two dedicated closers. Take a look at the table below to visually see how these save sources are disappearing, essentially making saves more scarce since they're coming from multiple sources within one team:

There were seven Main Event drafts yesterday, three of which were live in New York, one was live in Chicago and the other three were online. Below are the average draft positions for all relievers drafted in the top-400. I added a column on the right that splits the closers based on my own desire to "buy", "sell", or "hold" each reliever relative to their draft position. While I won't deep dive into my analysis of each player, you can read my entire closer draft guide published earlier this pre-season at this link.

Keep in mind, this list isn't necessarily an indication of players I'm targeting or a list of players I'm necessarily avoiding, it's simply an application of real data we have from one of the biggest industry benchmarks. The players that fall into the "buy" category are those who I feel comfortable owning in a similar format and at a similar price point. You'll notice that not all players on the list below are closers, so I'm simply evaluating them based on my own opinion on their projectable contributions to any mixed league team in a standard 5x5 scoring environment. For the players in the "hold", thery're either players that I feel were drafted right at their value point or have underlying concerns that make their value unstable (i.e. rumors of Craig Kimbrel signing with the Nationals, Raisel Iglesias being used in roles outside of the 9th inning, etc). Finally, players in the "sell" category are those who I view as extremely risky based non their current price. 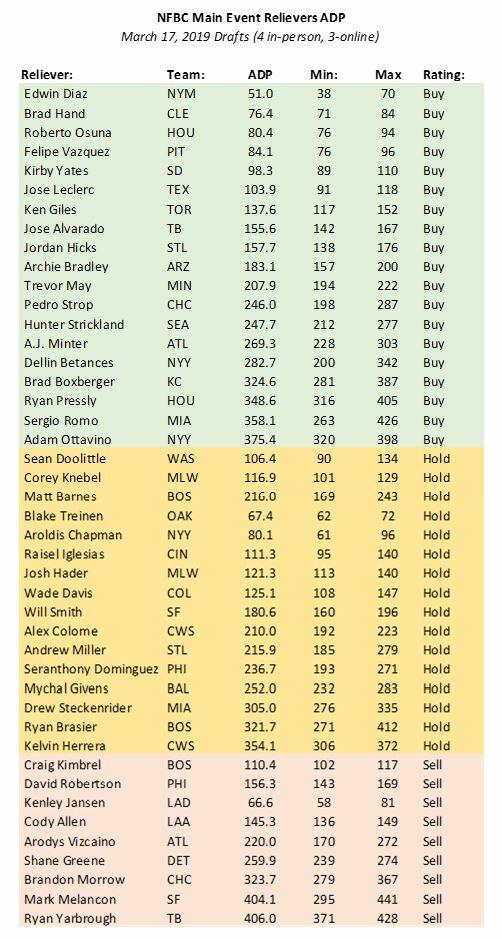 If you'd like to hear more about this topic, catch the Fantistics show on SiriusXMFantasy Radio (XM 87 / Sirius 210) on Sunday March 17th from 9AM-10AM ET as Lou Blasi and I breakdown the players below and begin applying some of these principles.