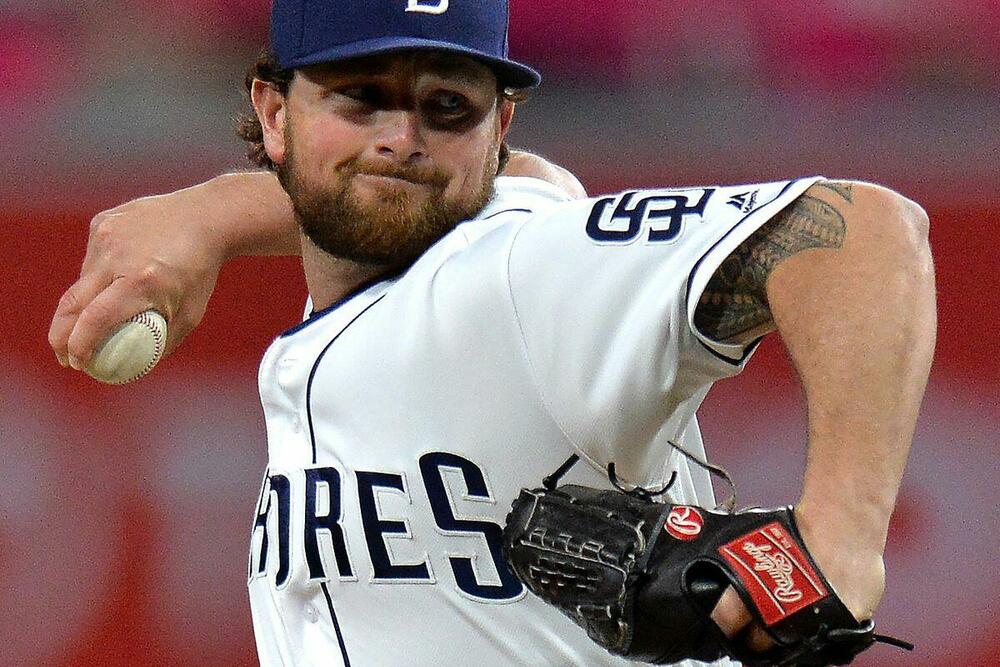 Have any of you every looked up the definition of a closer on the MLB.com website? If not, here it is:

"A closer is often considered the best relief pitcher that a club has in its bullpen. Closers are most often deployed for the final inning of a game when a narrow lead -- three runs or less -- needs to be protected. Closers almost always excel against both right- and left-handed batters and are more often than not capable of striking out batters at high rates. Most closers are right-handed, although there are typically a few left-handed closers in baseball each season."

Talk about outdated. A number of teams are already using their best relievers in roles outside of the closer role and over the course of the next few seasons, that number will likely only grow. Additionally, for the teams that are using their best pitcher in that role, oftentimes they're being called upon to get more than 3 outs for their teams. Some of the best closers in baseball are left-handed and the number of closers that are successful by getting weak contact over strikeouts are growing each year. The only thing that remains true from the definition above is that the best closers typically excel at getting both right-handed and left-handed batters out.

The closer landscape has been changing for the last several years, but 2019 the position has been completely revolutionized. Perhaps in the future we will see radical changes to the way to value and score closers from a fantasy perspective, but for now, all we can do is navigate the waters to the best of our abilities.

Here's what you need to know from around the league.

-The Angels officially gave struggling Cody Allen a break from the closer role early this week, vowing to use a "committee". So far, that committee seems to consist primarily of Ty Buttrey and Hansel Robles. Buttrey is the more enticing fantasy option of the two pitchers with a 14% swinging strike rate and just a 71% contact rate, but sticking with the general theme around major league baseball, that skillset puts him at risk to be used at the team's primary option in high leverage situations mutually exclusive from the ninth inning. Even in Buttrey's first outing, he nearly pitched three innings. Robles is a flyball pitcher and in fairness, has seen a big uptick in his swinging strike rate this season (13% vs 10%) and he's been getting more players to chase. Buttrey seems to have a leg up, but Robles is likely be had for a fraction of the price in FAAB this week and is worth a token bid in case he somehow sneaks away with the job.

-Jeremy Jeffress is back for the Brewers and he has tossed four clean innings, allowing just one hit and a pair of walks entering Friday. The Brewers bullpen is infinitely more dangerous when Josh Hader is freed up to be deployed in the 7th and 8th innings, so look for Jeffress to continue to see his role grow with the team and pitch in more high leverage situations upcoming.

-The carousel in Minnesota might be slowing down, but it's still too early to name Blake Parker the outright closer, at least not with Taylor Rogers still getting save chances on nights off for Parker. Parker has a hideous 20% strikeout rate to his 17% walk rate and he's giving up hard contact on nearly half the batted balls he allows. Rogers has a much more impressive skillset and would absolutely be a more valuable closer, if he saw the lionshare of chances. Rogers doesn't have overwhelming underlying metrics, yet he still manages to strikeout batters at a better than league average clip, largely because he pounds the strike zone and gets ahead in the count (74% f-strike%), but his in-zone contact% remains better than the league at just 57%. Rogers remains only speculative, but he's more interesting than Parker at this point.

-The Cubs announced last weekend that Brandon Morrow would remain out indefinitely, providing an update later in the week saying that he may start a throwing program in a couple weeks. It's been injury after injury for Brandon Morrow throughout his career. Pedro Strop has been very good when called upon for the Cubs and does get a bit of boost with this news. Strop has seen his groundball rate bounce back to 60% this season, closer to the levels he was at in 2017 and prior, all while maintaining an excellent 15% SwStr%.

-Jose LeClerc was also given a break from the closing role for the Rangers, but even in a low-leverage situation earlier this week he struggled, loading the bases and then allowing a double. Shawn Kelley seems like the man to own in Texas and has managed to strikeout 9 batters over 10 innings pitched without walking a single player. It's possible LeClerc figures it out and reclaims the job, but he's a tough one to hold in leagues with limited bench space. He's probably droppable in most mixed leagues since his underlying metrics remain a mess.

-We got some clarity in the Yankees bullpen after Zack Britton got the save opportunity on Thursday, allowing Aroldis Chapman to have the day off after a heavy workload. Britton is enjoying an absolutely insane 78% groundball rate this season, but he's still not generating strikeouts at the same rate he was prior to his injury-filled 2018 season. He seems to be the primary handcuff to Aroldis Chapman and would hold substantial value if the Yankees closer went down with an injury.

-Raisel Iglesias has settled down considerably after his rough start to the season, wheeling off five straight scoreless appearances, three of which ended with him striking out the side. With his job no longer in question and the experiment of his pitching in non-save situations over, Iglesias is a big mover in the rankings this week.

-Mychal Givens notched his first save of the year on Thursday. The Orioles situation should still be avoided for fantasy purposes. For that matter, so should the Marlins despite Sergio Romo saving his 4th game of the year earlier this week. He's just too unreliable to start in weekly formats where he must stay rostered the entire week.

-Despite seeing a 3% decrease in his swinging strike rate, Kirby Yates has managed to repeat his elite 38% strikeout rate in 2019 and currently leads the MLB with 12 saves for the surprise Padres. He's emerging as a top-tier closing option.

-Kenley Jansen hasn't blown a save, but he certainly hasn't been recording clean innings. Jansen has allowed solo home runs in 3 of his last 4 games and runs in 5 of his last 7 games. Interestling, his xFIP of 3.28 remains relatively in line with his 3.55 ERA, although his 53% LOB% should regress closer to his career 80% mark. His stuff still looks sharp, but it's possible he's just have a bit of bad luck to begin the year. No need to panic yet, but he does get bumped out of the top tier of closers.

-Earlier this week, Ken Rosenthal reported that the Giants are likely willing to trade some of their veteran relievers this season, including closer Will Smith. While no trade is imminent, Smith, Mark Melancon, and Tony Watson would all be candidates, so someone like Reyes Moronta could be the one tapped to get saves later this season. Moronta has an extremely live arm, averaging 97 MPH on his four-seamer, while mixing in his 84 MPH slider. Moronta already has mixed league appeal in leagues with daily roster moves as a high-strikeout middle reliever that can be started on days when your starting pitchers are not scheduled to throw. His price of acquisition is also very low, making him an attractive target to stash now before the trade talks really pick up in San Francisco.