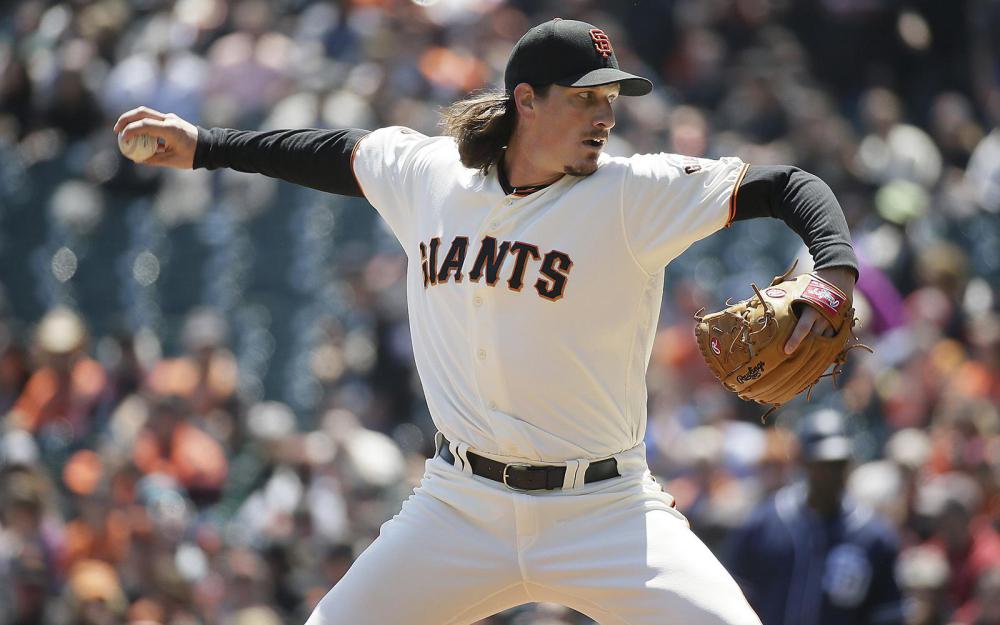 Pirates righty Trevor Williams projects to be a strong fantasy play Saturday against the Reds at home. Dating back to July 11 of last year, he is 9-3 with a 1.20 ERA and a 1.06 WHIP over his last 14 starts (11 quality starts), making him one of the best pitchers in baseball during that span. Williams did not allow any runs in nine of those outings. He's also posted strong peripherals with a 64:24 K/BB ratio over 82 2/3 innings. The 26-year-old has fared especially well against Cincinnati during that time, holding them scoreless in 12 2/3 innings over two starts, including his season debut on March 31. Put it all together, and Williams is a must-start in all fantasy leagues on Saturday.

Although he'll be on the road Saturday, Nationals lefty Patrick Corbin looks like a strong fantasy play at Citi Field against the Mets. Corbin has quietly been one of baseball's top arms since the second half of 2017, posting a 3.17 ERA and a 1.15 WHIP with a 10.2 K/9 rate over his last 54 appearances (53 starts). He's also demonstrated great control during that time with a 4.2 K/BB ratio and yielding just 0.8 HR/9. While the Mets are off to a hot start, their offense has looked very anemic aside from Wilson Ramos and Pete Alonso, so if Corbin can neutralize them he should have no problem posting another quality start on Saturday.

Phillies righty Jake Arrieta has been a trusted name in fantasy circles for the last half decade, but fantasy owners may want to seek other options when he takes the hill at home against the Twins on Saturday. While he opened his season on a high note with six innings of one-run ball against the Braves on March 31, his command was incredibly shaky. In addition to throwing just 55 of his 104 pitches for strikes, he issued six walks -- his most since June 27, 2017. It was an alarming outing coming on the heels of a terrible spring in which Arrieta posted a 5.79 ERA in four spring training starts, which could be an indication that his ERA will rise for the fourth consecutive season in 2019. While the Twins haven't shown much power yet, they've been great at putting the ball in play and drawing walks, which could prove troublesome for Arrieta if his control problems continue.

A strong fantasy option for a period earlier this decade, Samardzija has been more bad than good lately. Since the start of 2017, he's 10-20 with a 4.65 ERA over his last 43 starts. But while his traditional stats have been terrible, his peripherals have been quite strong, yielding a 1.23 WHIP, a 3.95 FIP and a 3.8 K/BB ratio. Samardzija posted similar numbers in spring training, compiling a 3.97 ERA and a 1.28 WHIP over six starts. He also started 2019 on the right foot by yielding just one unearned run to the Padres over five innings during his season debut on March 31. Based on his recent performance, the 34-year-old appears to be trending up and could be a sneaky fantasy play at home against the Rays on Saturday.

Dodgers righty Walker Buehler was excellent last year, going 8-5 with a 2.62 ERA and a 0.96 WHIP in 137 1/3 innings as a rookie. He should be avoided on Saturday, however, when he takes the mound against the Rockies at Coors Field. The 24-year-old has struggled at Coors in his brief career with a 4.29 ERA, a 1.43 WHIP and an 18:9 K/BB ratio in 21 innings there, which makes it hard to be optimistic about a rebound from his poor season debut when he allowed five earned runs in just three innings. While Buehler is typically a strong fantasy option, he carries too much risk to justify using him on Saturday.