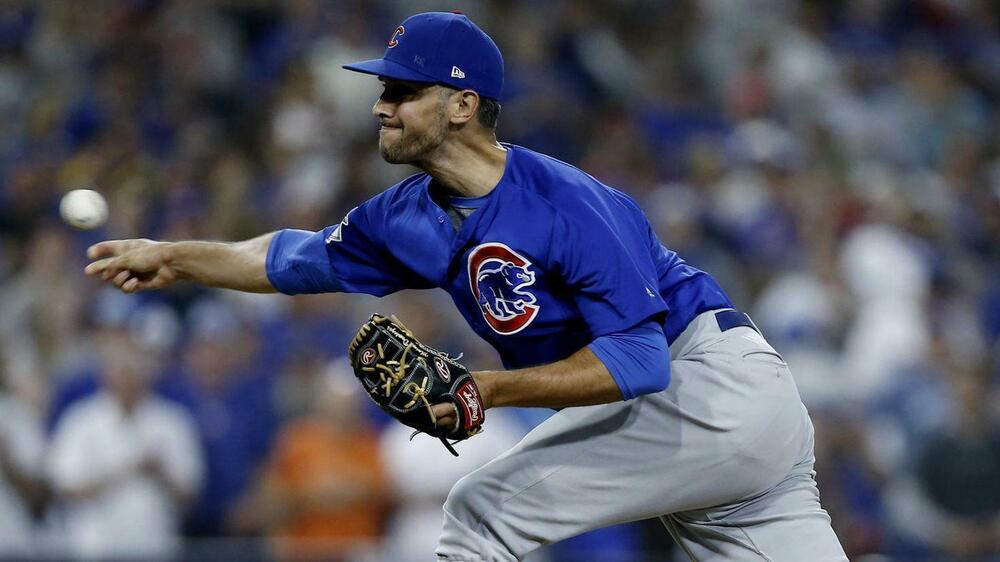 The art of the handcuff.

Teaching the strategy behind identifying handcuffs in fantasy baseball used to be an easy task. Find the pitcher with the best skills in the bullpen, roster him, and wait for the current closer to falter. Unfortunately, with the newfound bullpen creativity displayed by the Tampa Bay Rays and numerous copycats, this strategy is no longer as foolproof as it once was considered. Make no mistake, rostering quality relievers is always a viable strategy depending on your format, but more teams are embracing bullpens-by-committee and using their best reliever in high leverage situations beyond the 9th inning.

Identifying handcuffs in 2019 has become a much more laborious task. Tracking bullpens almost requires a degree in psychology to get inside each manager's mind to track and study his usage and tendencies. Knowing which relievers need a day off between outings and which relievers can go three days in a row is a whole different aspect of this strategy that can be leveraged.

Further, as we enter the maturity stages of the high velocity era, we're also seeing a shift in the type of skillset required to be an effective reliever. Oftentimes pitchers that can offer a "different look", whether by a top notch off-speed repertoire or a distinct delivery, have emerged as viable candidates to close games. Pitchers like Will Smith or Steve Cishek fit into each category, respectively. This is logical because the game is changing. As more starters flirt with triple digits, a change of pace with a "junk" reliever often messes with the hitter's timing.

This brings up to our final point about targeting handcuffs, which is to always consider the context. Does a team have a lot of fireballer pitchers? If so, the best handcuff might be the reliever who is cut out of a different mold. Similarly, knowing whether the current closer displays extreme splits (lefty or righty) is another indication that rostering a pitcher with opposite splits from the same team could result in maximizing a timeshare situation.

There's no surefire way to guarantee you'll be targeting the right handcuff and using skillset as your basis continues to be relatively applicable today. Just make sure you mix in the other factors, as well.

-We're getting more clarity around the closing situation in Chicago where Steve Cishek closed each of the Cubs first two save opportunities since Pedro Strop hit the disabled list. Cishek, you may remember, was a closer for the Marlins several seasons ago and was a very effective arm at the time. He's been serving as Joe Maddon's "fire fighter" for most of the last two seasons and is certainly worth a short-term addition as he seems locked in as the primary closer on a very strong Cubs team. Yet, if there's one thing we know about Joe Maddon, it that once we detect a pattern of behavior, he switches it up, so don't panic is Brandon Kintzler or Mike Montgomery see a save chance here or there in Strop's absence. Strop is likely to miss at least several weeks.

-In a fascinating development to the Texas Rangers bullpen saga, Jose LeClerc served as the opener in Friday's game. It was an interesting decision considering LeClerc walked three batters in just his second-to-last appearance and typically the point of the opener is to shut down the top of the order for the opposing team. Nonetheless, it's a sign the team still has faith and while it's certainly possible Chris Martin holds onto the job, the Rangers have 15 millions reasons to try to let their recently extended reliever earn his way back into the closing mix.

-It was Pat Neshek, not Hector Neris, who got the call in the 9th inning for the Phillies earlier this week, but Hector Neris once again found the ninth inning on Wednesday. Phillies are 6-4 over the last 10 games, but have just three saves over their last 14 days. It's probably just Gabe Kapler doing Gabe Kapler things, but this is certainly a situation to monitor moving forward. We're still going to consider Hector Neris the lone wolf to own.

-Luke Jackson continues to prove he's more than capable of handling the closing role for the Braves and looks locked into the job, pending a blowup. Jackson's incredible 68% ground ball rate is a big reason why his HR/FB rate looks inflated at 20%, but in all actuality, it shouldn't be overly concerning. Right now his ERA and xFIP are both sparkling at 2.05 and 2.46 respectively.

-We have a new saves leader in Tampa and he goes by the name Diego Castillo. Over the weekend, myself and Lou Blasi had Josh Tolentino from The Athletic on our SiriusXM Fantasy Show to talk Tampa Bay Rays. In the interview (which you can catch on-demand on the app), the beat writer suggested there would be no end in sight for the ninth inning committee. It's impossible to know for certain which reliever will get the save on any given night, but given recent usage, it does seem like Diego Castillo has the edge, saving 4 games to Emilio Pagan's 3 games and Jose Alvarado's none. Castillo also has the team's only two saves over the last two weeks. Castillo checks the boxes across the board for reliever skillset, especially his 50%+ groundball rate, 14.2% SwStr%

-Hunter Strickland began a throwing program on Monday this week, although he remains a long way from actually returning to the Mariners bullpen after suffering a significant lat strain at the end of March. Strickland is currently on the 60-day disabled list and is technically eligible to return by June 5th, although more realistically, that's probably closer to the date he will start throwing bullpen sessions and/or rehab assignments. More than likely, plan on him being out at least another month in a best case scenario. With that said, Roenis Elias is just about the only reliable arm in the Seattle bullpen, so Strickland stands a pretty good shot at reclaiming his job.

-Hansel Robles seems like the primary closer in LA, granted, the club has had just two saves over the last two weeks. Nonetheless, he's the best bet to own moving forward even if Ty Buttrey is a more talented reliever. Robles is no slouch, but depends heavily on flyball outs, which could eventually get him into trouble in smaller parks. His 12% SwStr% is a tick above league average and pretty run-of-the-mill among today's relievers.