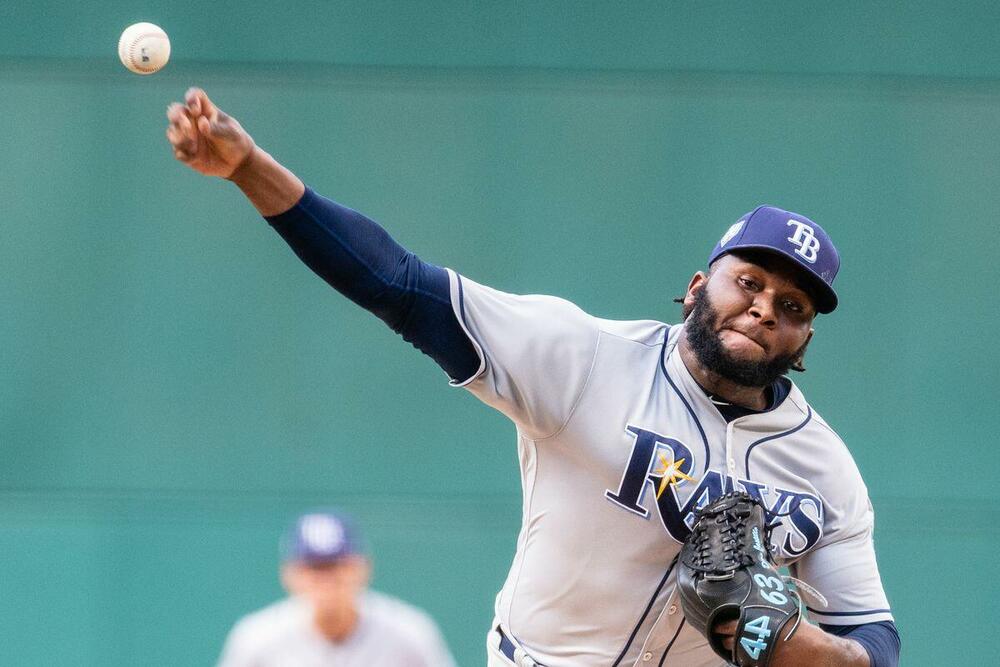 What makes a good reliever?

Is it his mental makeup, his approach to the game or is the most important aspect his talent? Maybe you'll take the side that it's all the above. There's really no right answer, the best we can do is merely use statistics to help us find the ones that actually do have the right combination.

Maybe the question we should be asking is what is a good reliever?

As we've talked about all season, the role of the reliever is changing, but the expectation from fantasy owners seems to be largely the same. We expect the relievers we roster and start in the designated relief pitcher slots in our starting lineup to come in, get us good ratios, add a strikeout or two and ideally tally a save. Right?

But there's only so many saves to go around, why does it matter where they come?

That's the mantra that has been beaten into our heads for years. At the core of this argument is that every team will need a closer at some point, so saves will always be plentiful and available, so why pay up for a closer? The wrinkle in all of this analysis is how does the "juiced, but not juiced" ball play into it? The last time we saw a massive spike in homeruns was in 2017, the same year the accusations of a juiced ball reached a fever pitch. Perhaps not coincidentally, the leaguewide total of saves in2017 dropped to the lowest total since 2000. This seems logical since more power could lead to inflated runs scored, pushing many save opportunities out of reach.

The weird thing through 2019 is that there were 244 saves in all of baseball in March/April regular season games. That's the highest total ever by 38 total saves. Part of this can be blamed on earlier Opening Days, but we're talking 18% more saves in 2019 than the next highest season. That's more than a little random variance. Something is different and while we can start jumping to conclusions, we probably won't be able to totally wrap our minds around it until the season is over.

So what's the real impact of the juiced ball on saves?

Is it the 2017 version where saves were down or the 2019 version where saves are up? Perhaps it's none of the above. If saves are indeed up around the league, then it's possible we buck the trend of the disappearing 30 and 40 save seasons. As I pointed out earlier this spring, high volume closers have been disappearing, as seen in the chart below.

Keep in mind, the chart above displays the last 5 seasons, including 2014 which was the previous MLB record for season with the most league-wide saves. If the current pace continues, fantasy owners should expect to see a breakdown of saves closer to that of 2014 than 2018.

Does this devalue dedicated and elite closers?

It's important not to take the numbers in the table above in a vacuum. During the last spike in total saves, most teams had a single, dedicated closer. In today's game, many teams are using a full-blown committee, while others are giving their regular closers more rest. That means that while there are more saves in the economy, it remains difficult finding a consistent source of the saves and the closers at the top of the leaderboard almost hold more value because they're also experiencing the same spike in save opportunities. In 2019, we had three closers finish March/April with double-digit saves - Kirby Yates, Shane Greene and Kenley Jansen. Curious when the last time that happened? You guessed it - 2014!

But Michael, Shane Greene was one of the last closers off the board!

Yes, Shane Greene has been incredible, there's absolutely no denying that. I challenge you, however, and ask you how well have others drafted around Shane Greene performed this year? Andrew Miller, Matt Barnes, Trevor May, Mychal Givens, Seranthony Dominguez, Archie Bradley, and Alex Colome were all drafted around Shane Green in NFBC leagues this spring. Shall I keep going or are you already experiencing PTSD? How has that group worked out for you? Still feeling strong about waiting on closers? Meanwhile, if you take a look at the top-10 closers off the board, all but 1 have 5 or more saves and together the group averaged 7.6 saves in March/April. In case math intimidates you, that means that over the course of the entire season, they're on a pace for over 45 saves.

It's remains too early to start drawing conclusions of about draft implications heading into 2020, but in the meantime, it's evident that fantasy owners have to stop buying the stale argument that drafting closers early is reaching. It's not, it's called winning.

Here's a look at some news you need to know from around the league this week:

-Jose LeClerc was officially "given a break" from closing games earlier this week. Shawn Kelley has the previous closing experience and has a bit of a more enticing skillset. The area of concern for Kelley is his near 60% flyball rate paired with his 52% hard hit rate. That type of profile is like a ticking time bomb for blown saves. Meanwhile, Chris Martin has been LeClerc's primary set-up man most of the season and has a less flammable 47% ground ball rate with marginal strikeout numbers. Martin certainly has less upside and is a contact pitcher. Ultimately it's going to come down to whether the Rangers want to change up two roles in their bullpen (by removing their primary set-up man in addition to their closer) or just the closer (by inserting Kelley into the role).

-After starting the season's first two weeks with 4 saves for Tampa Bay, Jose Alvarado hasn't recorded a save since April 7th and Diego Castillo tied him this week for the team lead at 4, while Emilio Pagan has also recorded 3 saves. The Rays are at the cutting edge of the modern bullpen revolution, so it shouldn't come to much surprise they aren't employing the dedicated closer strategy. Pagan has the most mouth-watering stuff (19% SwStr% & 41% chase rate), but Castillo also pairs a nice missed bat potential with high groundball rates. Good luck.

-Kansas City's Wily Peralta had an eventful week having his manager effectively name him the team's primary closer before the game on Monday and then subsequently posting back-to-back outings with two earned runs and at least one hit and one walk per game. Sandwiched between the outings was a converted save for Ian Kennedy. For fantasy owners, this was the worst possible outcome since this week will only prolong the uncertainty in the 9th inning for the Royals.

-Seeing his first save chance in nearly 2 weeks, Ryan Brasier was tagged with the blown save and the loss against the White Sox on Thursday. Brasier probably has a little more leash, but the Red Sox have no shortage of interesting arms that could be closing games for them. Matt Barnes is the obvious choice and got a save earlier this week.

-It seems like the Angels are going with full committee approach in the absence of Cody Allen in the 9th inning, giving Ty Buttrey many of the high leverage situations and Hansel Robles the opportunities when Buttrey has already been burned. Both are worth owning in case one runs away with the job, but at this point, it seems like any opportunities will be shared.

-Andrew Miller picked up a save on an off-day for Jordan Hicks this week. Miller now has 3 straight scoreless (and hitless) appearances and seems to be turning the corner. Hicks isn't in any risk of losing his job, but it does look like Miller has reclaimed his "next in line" role.

-AJ Minter continues to have an up-and-down season, getting blown up by Colorado and taking the loss on Saturday, but bouncing back with two back-to-back scoreless appearances. Meanwhile both Luke Jackson and Jacob Webb have seen save chances for the Braves recently. Nonetheless, AJ Minter remains the preferred man to own here.