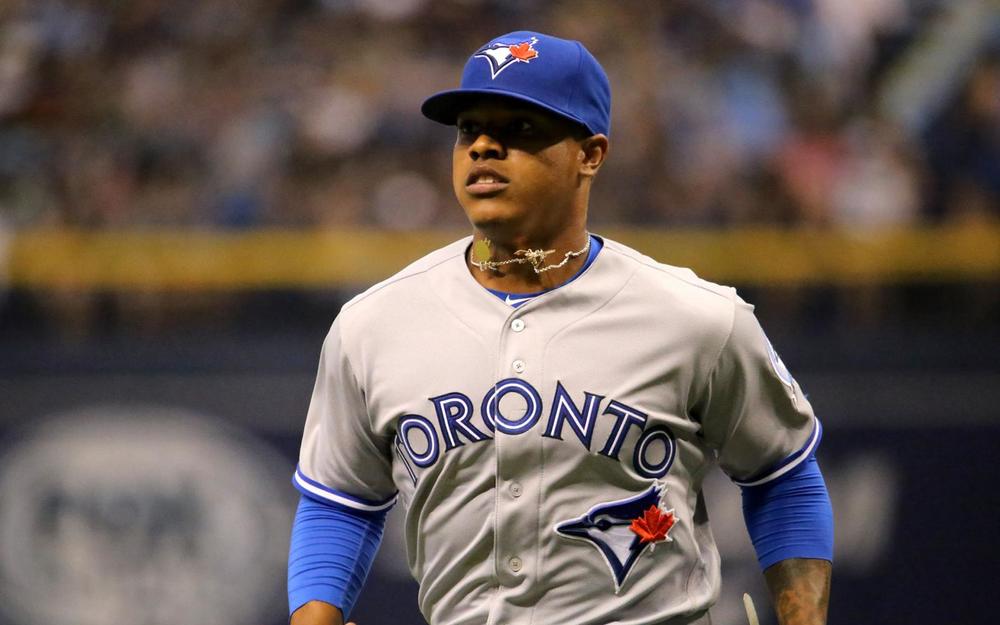 Calhoun made his season debut for the Rangers on Wednesday, and went 2-5 with a HR in a win over the Royals. Calhoun struggled both in the majors and minors last season (11 HR's in 143 games), but has gotten 2019 off to a good start, hitting .304 with 8 HR's in 32 AAA games plus another HR with Texas. Calhoun has had very good contact rates throughout his MiLB career and hit 59 total HR's in 2016-17, so the offensive potential is clearly very high. There's obviously risk with him considering his struggles last season and his limitations defensively could limit his playing time, but he could be an option for those who need to take a chance right now.

Brian Goodwin just won't go away. He had been scuffling badly in the month of May, producing a measly .209/.227/.256 with a 36.4% K% through his first 12 games this month, but then went 4-4 against the Twins on Wednesday to up his BA back up to .315 for the year. So how do you maintain such a high average when you strike out so often (25% K%)? By having a .404 BABIP of course. So you would think he must be hitting the ball really hard to have such a high BABIP, right? Nope, actually his Hard% was a weak 28.1% entering Wednesday, and his 85.1% Avg. Exit Velo. was in the bottom 8% of the league. He does have an extraordinarily high 31.8% LD% which has undoubtedly led to his high BABIP, but few players are able to consistently maintain such a high LD-rate, and Goodwin has never shown to be one of those players. So I hate to say it, but I don't see this keeping up.

Morales was traded from the A's to the Yankees on Tuesday after struggling to the tune of a .204 BA an 1 HR in 34 games in his brief tenure with Oakland. The move from Oakland to New York would seem to be a good thing for Morales' outlook, as Oakland Coliseum is one of the worst park for hitting dingers and Yankee Stadium one of the best. Morales will likely get at least semi-regular at bats out of the DH spot for the Yankees, at least until some of their other bats are ready to return from injury. While Morales hasn't produced yet in 2019, he has hit over 20 HR's in each of the past 4 years and his 42.7% Hard% this season would actually be the highest of his career. We can expect his 3.4% HR/FB% and .239 BABIP to rise as the season goes on. Morales is still far from a must-own as the playing time isn't guaranteed and he doesn't offer much outside of HR's, but joining the Yankees lineup somehow always seems to make everyone more productive.

Odorizzi improved to 6-2 on the season, allowing 3 ER's in 5.1 IP against the Angels, although he did allow 2 HR's and only struck out 3. His 2.63 ERA through 9 starts is great, but the underlying numbers paint a different picture. His 8.63 K/9 and 3.19 BB/9 are far from elite and as usual for him, his FB% is hovering around 50%. So far, he's benefited from a 6.7% HR/FB% and .244 BABIP, both numbers which are sure to regress throughout the season. His xFIP currently sits at 4.64, and his ERA has finished in the 4.00's in each of the past two seasons. That's about what I would expect from him for the rest of this season too.

Turnbull has been quite a surprise for the Tigers this season as he currently holds a 2.42 ERA for the season and a 1.21 ERA over his past 5 starts. Regression will probably get to him eventually, but on Thursday, he has a nice matchup against an A's team that ranks in the lower half in wOBA and wRC+. He comes at a very reasonable price on a somewhat shallow Thursday slate. DraftKings Value Play Salary $8,000.