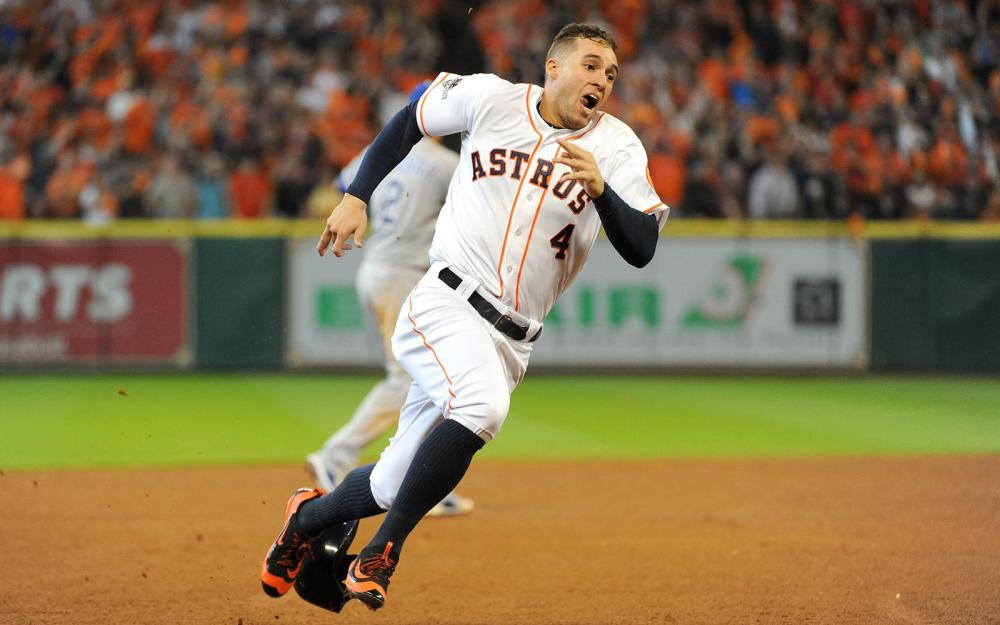 David Fletcher recorded his fourth consecutive two-hit game as the Angels leadoff hitter yesterday afternoon. He has four extra base hits in that span (2 HR, 1 3B, 1 2B) and is now hitting .310 with a wOBA of .353 across 122 plate appearances this season. The Angels have seemingly been in search of a leadoff hitter ever since the Mike Trout era began and this speedy contact hitter is making a strong case to fill that role for the time being. Actually, calling Fletcher a "contact hitter" is really a massive understatement...Fletcher should be considered a "contact hitter extraordinaire" or maybe even be referred to as the "King of Contact." So far in 2019 Fletcher leads the majors in just about every contact stat that there is. His Z-Contact% of 98.1% is 2.0% better than anyone else's, while his Contact% of 95.1 is an astounding 3.6% better than the next guy's. Fletcher just doesn't swing and miss; his SwStr% is the best in the big leagues and currently sits at 1.5%...the next best rate across the majors is 3.3%, which belongs to his teammate Mike Trout. Of course Fletcher lacks pop (just .105 career ISO), but does have 3 homers and 10 XBH on the season. If he were to entrench himself as the Angels everyday leadoff man, Fletcher could have some real value for the rest of the season.

Springer went 3 for 5 with a home run in Thursday night's game against the Rangers. The Stro's outfielder is now amidst a nine game hitting streak and has his season average up over the .300 mark (.301). During the streak Springer has 14 hits, including 5 homers, and 11 RBI; he has also walked more than he has struck out (5 BB vs 4 K) during that span, which is especially impressive as Springer owns a career .48 K/BB ratio. On the whole he is still striking out a lot (22.3 K%), but he has vastly improved his eye at the plate (20.8% O-Swing% in '19 compared to 25.0% career) and is making less contact with bad pitches (53.7% O-Contact% in '19 compared to 59.3% career), so he is hitting the ball much better as a result. Thursday's home run was Springer's 13th of the season which ties him with Eddie Rosario for the AL lead. Springer has been a solid hitter for a few years now, but it looks like he might be in store for his best season yet here in 2019 as he is currently touting an impressive .416 wOBA and 169 wRC+.

Carrasco evened his record (3-3) on Thursday afternoon with five shutout innings against the White Sox. He surrendered just two hits, no walks, and struck out six on the day. Luckily for Carrasco the game was called due to rain after the bottom of the 5th inning so he didn't have to see the White Sox line up for a third time; which is where he has really struggled this season. Batters are hitting .412 and slugging .882 off of Carrasco the third time through the order. His ERA is a solid 3.86 during the first two times through the order, but when batters see him for a third time his ERA in an absurd 12.86. Of course it's typical for hitters to find more success off of starters as the game goes along but the ability to stay affective late in games has been a strength of Carrasco's over the course of his career. In the past five seasons Carrasco has posted an 'ERA the 3rd time through the order' over 4.00 just one time, so his current 12.86 is certainly atypical. Carrasco's season ERA is an unsightly 4.91, but his xFIP is just 3.17 and his K/BB rate is a ridiculous 7.14 (3rd in the league). So the Indians veteran should be just fine going forward, especially if he can rediscover some of his late inning success.

LeMahieu went 2 for 4 and extended his hitting streak to 11 games on Thursday evening against the Mariners. The Yankees have been trying out leMahieu as their leadoff hitter as of late and he seems to be thoroughly enjoying it. He has batted leadoff for each game of his hitting streak and has eight multi-hit games across those 11 games. He has 20 hits and 5 walks during the streak, and has brought his season average to a stellar .344 across 138 plate appearances. So far in 2019 the Yankee 2nd baseman is doing his very best to prove that his impressive career numbers are not just a byproduct of playing for the Rockies the past few seasons. LeMahieu hasn't been hitting for much power this season (.107 ISO and 1 HR), but he has been getting on base with great regularity (.399 OBP and .366 wOBA), and could be a very productive player setting the table for the Yankee lineup...especially once they get healthier.

Bassitt gave up a pair of home runs and was strapped with his first loss of the season against the Reds on Thursday afternoon. Overall it was a pretty good outing for Bassitt as he went 7.2 innings, giving up three earned runs and striking out nine. Bassitt has been quite impressive in his four major league starts this season after starting the year in Triple-A. His ERA sits at 2.55 and his xFIP is at 3.18. Bassitt has struck out at least six batters in each of his outings and boasts an 11.31 K/9 ratio. He has had a problem with the long ball (1.82 HR/9), but really, who hasn't in 2019? Bassitt is pitching much better so far this season than he ever has before in his big league career; his 32.1% O-Swing% and 12.7% SwStr% are almost five percent higher than his career marks. Bassitt is rostered in just 24.9% of ESPN leagues and is slated to go up against the Detroit Tigers next week.