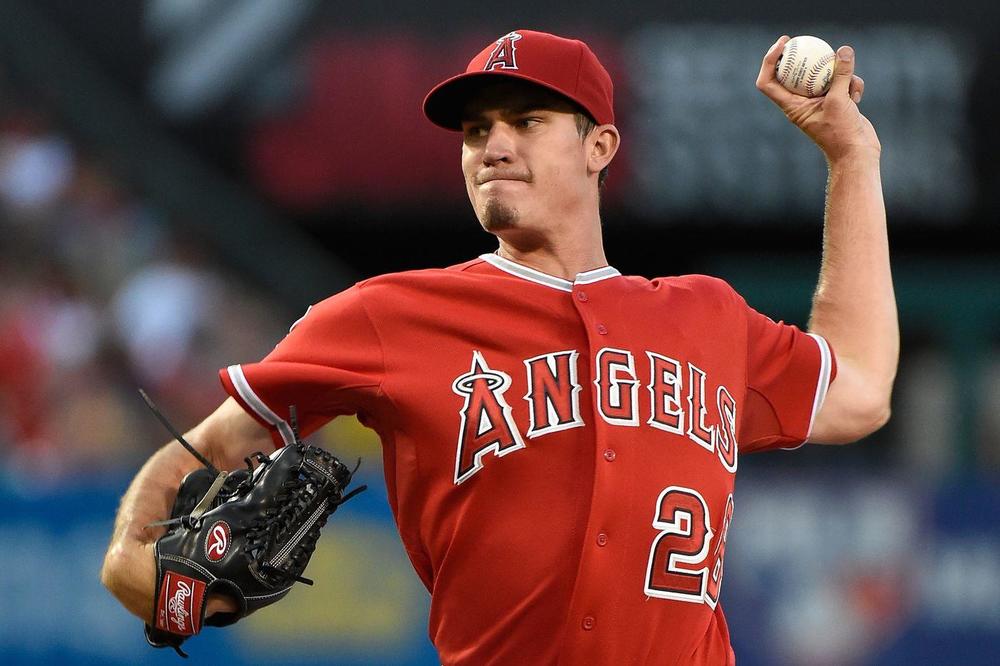 SS Andrelton Simmons has a grade 3 ankle sprain and is going to be out multiple weeks. The Angels called up 2B Luis Rengifo to take his spot on the roster. He was hitting .273 with 5 HR/3 SB in 26 games at Triple-A. He is worth an add due to his speed but there is a chance that he is overmatched at the major league level. C Kevin Smith was placed on the 7-day concussion IL after taking a foul ball to the mask. C Jonathan Lucroy is expected to see the lion share of the at-bats while Smith is out. OF Justin Upton has been doing some running but isn't expected back until the end of June. 2B Jose Altuve (hamstring) has started a rehab assignment and should be back early next week. Hopefully, his lower body is completely healed and he can start stealing bases again because he has only 1 SB and that is what you drafted him for. OF George Springer sat out May 20-23 with lower back stiffness and left Friday nights game early. DH Khris Davis had been in and out of the lineup due to a left hip injury that he suffered in Pittsburgh and he was finally placed on the 10-day IL on Saturday. The Blue Jays called up SS Lourdes Gurriel Jr. and 2B Cavan Biggio while sending OF Billy McKinney down. It will be interesting to see how the Blue Jays configure their infield. 3B Vlad Guerrero Jr. and 1B Justin Smoak are going to play every day with SS Freddy Galvis playing most of the time but then that leaves 2B to rotate between Gurriel Jr., Drury, Biggio, and Sogard. The one to pick up would be Cavan Biggio. He ha the ability to play any infield or outfield spot which should allow him to get the most at-bats and he was highly productive at Triple-A (.307 AVG with 6 HR/5 SB). OF Oscar Mercado had to leave Thursday's game after a nasty collision with OF Leonys Martin. 2B Dee Gordon was placed on the 10-day IL with a right wrist contusion. The Mariners called up 2B Shed Long to take Gordon's spot. 3B Ryan Healy was placed on the 10-day IL with lower back inflammation. This means that the Mariners current infield is 3B Tim Beckham, SS J.P. Crawford, and 2B Shed Long. 3B Kyle Seager is expected to return to the Mariners lineup on Saturday. OF Mark Trumbo is getting close to a rehab assignment as he recovers from knee surgery. SS Elvis Andrus has started a rehab assignment and could be back Saturday. This means less playing time for SS Logan Forsythe. OF Willie Calhoun was placed on the 10-day IL with a left quad strain. He is likely out multiple weeks which is awful news for fantasy owners as he had finally got his chance and was hitting well. 3B Yandy Diaz was placed on the 10-day IL with a left hand contusion. This means everyday at-bats for 3B Daniel Robertson. C Mike Zunino is making progress as he recovers from a left quad injury and could be back before the end of May. OF J.D. Martinez sat out May 20-23 with an illness played Friday and then was out again on Saturday. 1B Steve Pearce is expected to fill in for Martinez while he is out. DH Nelson Cruz is hitting off a tee as he tries to recover from a left wrist strain. C Mitch Garver has started taking some swings and light jogging. The Twins are going to have a playing time situation once both Cruz and Garver are back. The most likely scenario is that C Willians Astudillo and UTIL Marwin Gonzalez share the utility role unless 3B Miguel Sano isn't hitting/fielding. SS Didi Gregorius has been playing in extended Spring Training games at SS. He could be back sometime in June but the timetable is not clear at this point. OF Giancarlo Stanton played one rehab game before getting shut down to a calf injury in addition to his bicep and shoulder issues. It is likely that he is going to need a couple of weeks to allow his whole body to recover. C Welington Castillo was placed on the 7-day IL with a concussion after taking a foul ball to the head. OF Derek Fisher was called up from Triple-A presumably to take George Springer's spot after he left Friday nights game with an injury. Fisher is not the outfielder we wanted to be called up but he is who we got. He was hitting .314 with 8 HR/6 SB in Triple-A. SS Elvis Andrus was activated on Saturday and inserted into the two spot in the lineup.

Andrew Heaney (elbow) was dominant in his first rehab start. He went 4.1 IP for Triple-A Salt Lake City and struck out 10. The Angels decided that he was healthy enough to start and activated him for Sunday's start. Jharel Cotton (TJS) has been sent on a Double-A rehab assignment. He is someone to keep an eye on his performance but does not need to be rostered in any format. Sean Manaea (shoulder) has started throwing bullpens as he recovers from shoulder surgery but is not expected back until the end of the year if at all. Mike Clevinger (lat) is close to a rehab assignment which would be a major boost to the Indians and fantasy owners. Corey Kluber had his cast removed on May 23 but is still without a timetable for a return. Nathan Eovaldi was able to throw bullpen sessions on Tuesday and Friday. James Paxton (knee) threw a simulated game on Friday and could start sometime next week either against the Padres or Red Sox despite experiencing pain in his knee. C.C. Sabathia was placed on the 10-day IL with right knee inflammation. David Price (elbow) left Saturday's start after .2 IP with an injury. We should know more after the game. Matt Harvey (back) was placed on the 10-day IL.

Collin McHugh was placed on the 10-day IL with right elbow discomfort. This could explain the drop in velocity on his fastball. McHugh looks destined for the bullpen for the rest of the season so he does not have much fantasy value. Shawn Kelley who was activated from the IL this week picked up his fifth save of the season on Friday night. It seems like the Rangers are going to give Jose Leclerc another shot at the role but we're not sure when that will be so it seems like Kelley is the guy until then. Jose Alvarado has struggled mightily this month with a 6.43 ERA and 1.71 WHIP. The Rays are more likely to turn to Diego Castillo and Emilio Pagan until Alvarado figures things out.

2B Cavan Biggio (TOR)- Cavan Biggio made his major league debut on Friday night. He is someone that needs to be owned if the Blue Jays are going to play him every day. At Triple-A he was hitting .307 with 6 HR and 5 SB and this is coming off a year in which he hit 26 HR and stole 20 bases at Double-A albeit with a .252 AVG. He played multiple positions in the minors but started at 2B Friday and Saturday but could also see time in the OF. The average is likely to going to be a problem at the major league level but he does have a power/speed combo and will play multiple positions.

SS Luis Rengifo (LAA)- Luis Rengifo was called up to take SS Andrelton Simmons spot while he is out with a Grade 3 ankle sprain. Rengifo offers speed which is a skill set that is rare in today's game. In Triple-A he was hitting .275 with 5 HR/3 SB. Rengifo isn't going to provide much outside of speed so just keep that in mind when deciding to pick him up.

OF Derek Fisher (HOU)- Derek Fisher was recalled from Triple-A when George Springer was put on the 10-day IL. Fisher had been performing well at Triple-A (.314/.379/.555 with 8 HR/6 SB). He offers a power/speed combination that raises both his floor and ceiling. The concern here is that this is most likely a short term add as Fisher is likely to go back down when Springer is healthy. So this is mostly an AL-only and deep mixed league play.

SP Andrew Heaney (LAA)- Andrew Heaney is going to start for the Angels on Sunday. This will be his season debut as he has missed the start of the year due to an elbow injury. In his last Triple-A rehab start he struck out ten batters over 4.1 IP. Last year, Heaney posted a 4.15 ERA, 1.20 WHIP, and 24% K over 180 IP. He is worth an add if he is still on the wire.

SS/OF Lourdes Gurriel Jr. (TOR)- Lourdes Gurriel Jr. was called up with Cavan Biggio. Gurriel Jr. was hitting .273 with 4 HR/0 SB in 128 PA at Triple-A. He showed some power a year ago (11 HR) with a decent average (.281) but the underlying skills were not great (22% K, 3% BB, .165 ISO). His aggressive approach leads to strikeouts and poor contact. There aren't many options on the wire in AL-only leagues so he is worth a shot there.