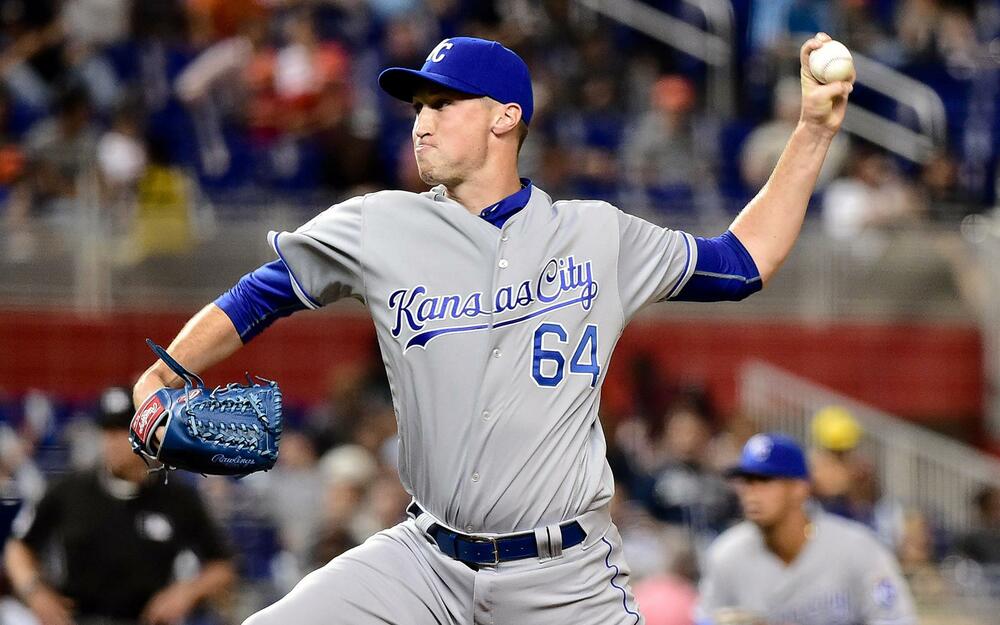 Gray continues to have a solid rebound season for the Reds as he allowed just 1 ER in 6 IP with 7 K's against the Pirates on Monday. Gray now has a 23:6 K:BB in 17 IP over his last 3 starts, and is up to a career-high 10.29 K/9 this season. It's been quite a turnaround for Gray who was pretty bad in 2 of the last 3 seasons, but his 3.31 xFIP indicates that his 3.54 ERA is legitimate. Gray looks like a valid fantasy starter once again.

Kershaw posted a QS against the Mets on Monday, allowing 3 ER's in 6 IP, but he allowed 10 hits while striking out 5. He has managed to avoid any really bad outings so far this year, but his 8.48 K/9 is, like last year, unremarkable. Also for the second year in a row, he has been giving up hard contact at a much higher rate than previously in his career. That could be part of the reason that his 1.38 HR/9 would easily be a career-high. Kershaw's 3.46 ERA and 3.28 xFIP are both still very good, but this is a pitcher who has incredibly posted a sub-3.00 ERA ten years in a row, and that streak is quite likely to end this season.

Russell went 3-4 with a HR against the Astros on Monday, his second HR and second 3-hit game in the past 3 games. Russell got a late start to the season, but now has 3 HR's in 49 PA's this year. That may not sound like a big deal, but consider that he only hit 5 HR's in 465 PA's all of last season! He's still hitting a ton of ground balls though (56.7% GB%) and his Hard% isn't much higher than usual, so for now, we'll call the small sample of power an anomaly.

Strahm struck out a season high 10 batters against the Yankees on Monday allowing 3 ER's in 6 IP. The double-digit strikeouts were quite a surprise from a guy who entered the game with a mediocre 7.38 K/9 for the season. Strahm has been pretty impressive thus far in his first year as a starter for the Padres, as he currently owns a 3.21 ERA across 10 starts. However, his 4.44 xFIP indicates that he has been a bit lucky, and that has mostly come in the form of an elevated 82.4% LOB%. It's hard to believe he can keep his ERA in the low 3.00's - unless he starts racking up double-digit strikeouts on a regular basis.

Walker went 0-5 against the Giants on Monday as he continues to slump dreadfully since a breakout start to the season. He's now just 8-66 (.121) over his last 18 games, and has just 1 HR and 3 RBI over his last 26 contests. His Hard% has dropped from 69.1% in April to 38.3% in May which explains the drop in power. But more importantly, his K% is up to 31.2% for the year which is why he's hitting just .245 despite a .330 BABIP. The power may come back a bit but his average doesn't look like it's rising anytime soon. Don't pay for his hot start.