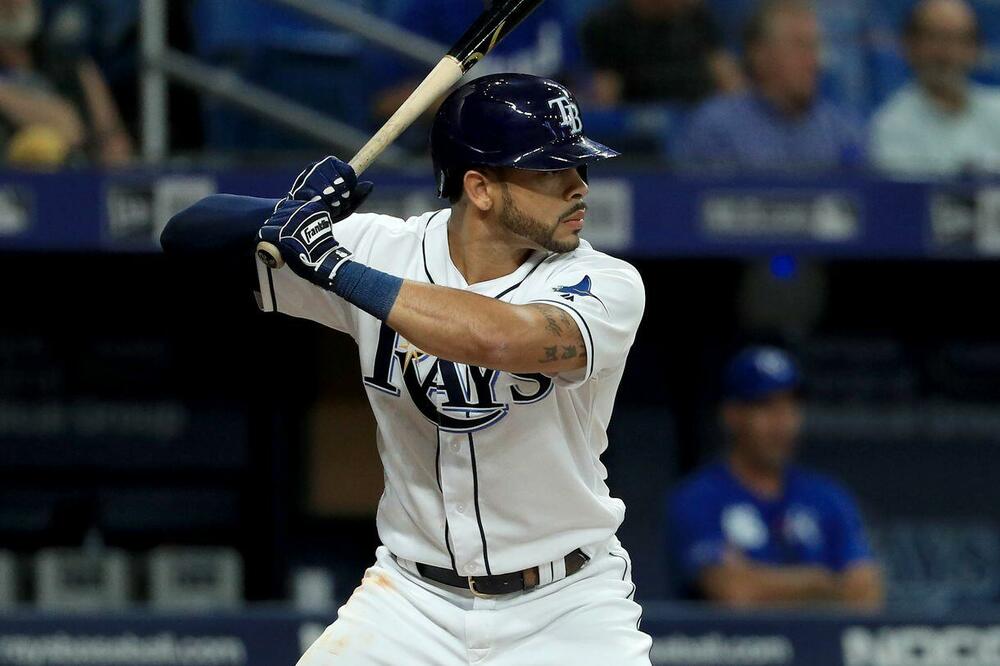 Tommy Pham (TB) - Tommy Pham walked two more times on Wednesday, giving him a perfect 1.0 batting EYE. Entering Wednesday, only 8 qualified hitters had a batting EYE of 1.0 or better. Pham has always had great plate discipline, but this season he has made great strides in cutting down his strikeout rate, primarily because his 5.8% swinging strike rate. With a hard hit rate approaching 49.5% and a zone contact approaching 90%, Pham's breakout is legit.

Joey Gallo (TEX) -Joey Gallo hit his American League league-tying 12thhomerun and continues to post surprisingly solid all-around numbers, particularly in the batting average category. Gallo is currently on pace for a career high in on-base percentage and batting average and has managed to significantly improve (albeit to a still below league average) contact rate and swinging strike rate. His 61% hard hit rate has likely been the primary driver of his batted ball success, but Gallo remains a powerful fantasy option, but don't expect the batting average to continue with just a 60% contact rate.

Jose Ramirez (CLE) - Jose Ramirez enjoyed the brightest spot of his season on Wednesday, hitting a walk off grand slame for the Indians. Despite nearly no power, there are plenty of positive indicators that Ramirez is about to shake off all the ropes holding him down. His SwStr% remains elite at 6.8%, while his contact rates and hard hit rates remain well above league average and his batting EYE is strong at .73. On top of it, Ramirez is nearly leading the American League in stolen bases with 9. Buckle up, Ramirez owners, redemption is coming.

Mitch Haniger (SEA) - Mitch Haniger finally stuffed the box score on Wednesday against the Yankees, going 2-for-4 with a home run and a stolen base. These types of days have been few and far between for a player who was drafted as a "safe" option this spring. Haniger's SwStr% has risen, as has his strikeout rates, which has made his once strong batting EYE looking pretty poor at 0.32. Haniger's hard hit rates haven't budged much from last year, but they remain near league average. Haniger seems to be pressing at the plate, hitting more flyballs and pulling over half his batted balls.

Shelby Miller (TEX) -Over the weekend, Rangers manager Chris Woodward hinted that Shelby Miller could be moved to the bullpen. Miller drew the start against the Pirates on Wednesday, but lasted just 73 pitches despite posting a line of 4IP, 4H, 2 ER, 1BB and 6K. Miller has struggled mightily this season, walking well more than he has struck out and posting an ugly 7.59 xFIP and even uglier 7.99 ERA. There's not anything remotely intriguing with Miller, as shown by his 5.5% SwStr%, his 20.2% chase rate, and terrible 87% contact rate. Miller is nearly two years removed from Tommy John surgery, but it's evident he's a shell of his former self.