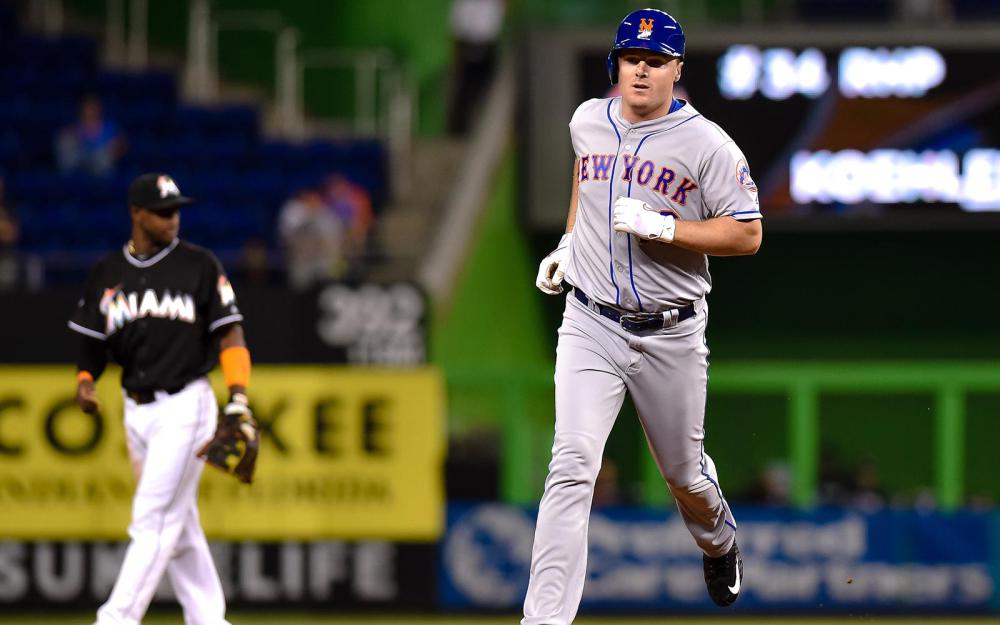 Bruce was on the bench to start his first game with the Phillies on Monday but ended up entering the game after Andrew McCutchen left with a knee injury, and went 1-3 in the contest. With Odubel Herrera out for the time being and now McCutchen suffering this injury, it looks like Bruce could be getting pretty regular playing time for the Phillies, at least in the immediate future. But his playing time will ultimately come down to how well he plays. Bruce has always been a big power/mediocre average type of guy, but he has taken that to an extreme this season with a career-high 28.3% K% that has contributed to a unsightly .214, to go along with 14 HR's in 48 games. Playing in Philadelphia is a far better situation for Bruce in terms of a home park, but there's a possibility that his playing time will end up taking a hit.

Buehler struck out 11 Diamondbacks in 8 IP on Monday, allowing just 1 ER on 2 hits and 0 BB's in the Dodger's victory. After a mediocre start to the season, Buehler has picked up the pace recently and this was probably his most dominant performance yet. Since the start of May, Buehler has an insane 45:3 K:BB in 39 IP covering 6 starts, and has compiled a 2.54 ERA over that span. This is more like the pitcher who dominated to the tune of a 2.62 ERA and 3.21 xFIP as a rookie last season.

Franmil Reyes just won't stop hitting HR's! On Monday, he hit his 17th bomb of the season in just 202 PA's, and for those who don't want to do the math, that's a pace of 50 HR's in 600 PA's. Reyes' 34.0% HR/FB% will probably regress at least somewhat, but with a 49.2% Hard%, his power is for real. He won't help you much in other categories, but Reyes is certainly a strong option if you're looking for power off the waiver wire.

Samardzija allowed just 1 ER on 3 hits in 6 IP against the Orioles on Sunday, lowering his ERA to 3.61 for the season. Unfortunately, Samardzija had allowed at least 3 ER's in 4 of his previous 5 starts, while allowing 6 unearned runs in the other outing. Despite the solid overall ERA, his xFIP sits at 5.05 and his low K% (7.36 K/9) and high FB% (45.7%) don't inspire a lot of confidence, and he should probably only be used in choice matchups like the one against the Orioles. And on an interesting note, Samardzija has a 5.18 ERA and 1.40 WHIP the 1st time through the order compared to 1.29 and 0.93 the 2nd time around. It's too bad he's against the whole opener strategy because he may stand to benefit from it.

Schwarber is having a typical Schwarber season with decent pop and a good walk-rate, but not much else. He's currently hitting .220 (career .227), which makes sense when you have such a high strikeout rate (27.8%). But the interesting thing about Schwarber is that he doesn't get many counting stats with HR's. Over the past two seasons, he hit 30 and 26 HR's and didn't reach 70 runs or RBI either year. This year has been similar, as he has 10 HR's with 28 runs and 22 RBI through the team's first 58 games. This is mostly because he doesn't play much against lefties and for good reason; he's a career .198/.314/.340 hitter against southpaws with a 35.5% K%. He's hit lefties better this season (.303/.400/.545 in 40 PA's), but that still comes with a 35.0% K% so it probably won't last. Batting leadoff regularly may allow Schwarber to reach a career high in runs, but he's still mostly a one-trick pony in standard leagues and is more fit for use in daily leagues when the Cubs face a right-hander.