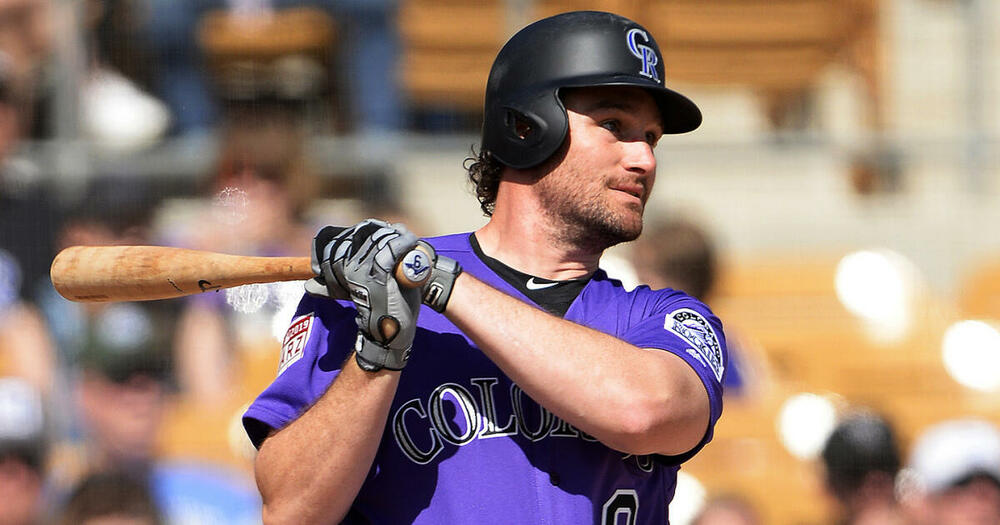 Murphy had 2 hits in 5 at bats Friday but made both count hitting his 11th home run, a 3-run shot in the first and bookending his day with a 3-run double in the 9th. Murphy missed most of the month of April and was sluggish in May, hitting just .224 but has hit above .300 each of the past 2 months to bring his line back up to a solid .289/.339/.495, while adding position eligibility at 1B and 2B. His numbers are a little disappointing despite playing half of his game in Coors Field but his contact first approach with a low strikeout rate (15%) and evenly distributed FB/GB ratio is up to his standards; he could hit above .300 with a shot at his 3rd 20 home-run season of his career.

McNeil went 1 for 4 with his 10th home run of the season. The hits continue to fall for the MLB hit leader who bumped his average to .340. In a season dominated by the longball McNeil continues the throwback style hitting for a high average with the 7th lowest K rate (12.9%) in the NL. While he doesn't always make the hardest of contact, he has a low 11% soft-contact rate and still has a strong .513 slg% driven by 27 doubles and the 10 home runs. Considering he hit .329 last year, and .368 in the minors in 2018 - McNeil has a shot to be among the best average-hitters in the game for years to come.

Alonso hit his 34th home run of the season Friday night. The slugger has really struggled since the All-Star Break hitting .125 entering play Friday. He has been a recipient of some bad luck as his .091 babip will surely shoot up as most of his other batted ball splits are very similar to his first half numbers. One encouraging sign is that Alonso seems to be bit more patient as his walk rate has more then doubled to 20% including an 8:3 BB:K in the past 4 games. Alonso will not hit this low for the entirely of the second but a final average in the .250s in a good expectation - with 50 HR potential as he enters the final 2 months of the season.

Castillo had one of his rougher outings Friday, surrendering 6 ER over 5 IP, while striking out 6. Despite the poor outing, Castillo has elevated his game to the next level racking up Ks (10.53 K/9) at a career rate while inducing groundballs at an elite 56% clip. While he has dialed up the strikeouts his walk rate has also ballooned to 4.35 BB/9 - although this has not hurt him as the groundballs have helped with his 84% strand rate and he leads qualified starters with a meager 65% contact rate. He was among the league leaders in HR allowed last year but has cut hi HR/9 rate nearly in half this year to 0.84. Castillo is still an elite fantasy options and will take a 2.71 ERA into his next projected start Wednesday vs Pittsburgh.

Soroka last just 4 and 2/3 innings, despite allowing just 1 run on 8 hits; he struck out 5. He was cruising along until he got in a jam in the 5th and with his pitch count at 88 the decision was made to remove him. He was in a bit of a bumpy patch since the beginning of June and especially lately having coughed up 4 runs in 2 of his past 3 starts - so despite the abbreviated start it is still encouraging. Since June 1 his ERA has grown to 2.44 from 1.07 - a number that certainty could not stay that low all season. Soroka is by no means a strikeout artist with his fastball averaging 92 mpg but has induced groundballs at a great 56% rate thanks to generating soft-contact 20% of the time. Despite being just 21 years old he has been the Braves most consistent starter this year - although it will be interesting to monitor if the Braves impose an innings limit for the youngster. Overall the Rookie has a 7.45 K/9 on the season.