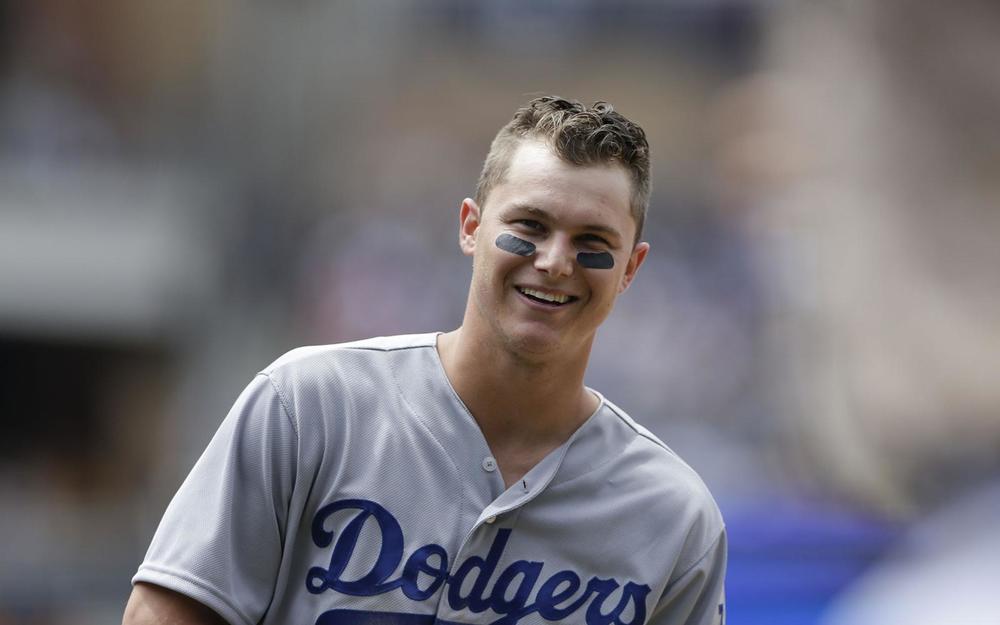 Voth allowed four runs over 4.1 innings against the Royals on Friday. Voth was once a top prospect for the Nationals before struggling in 2017 and 2018, but the 27-year-old has been solid so far this season. While many of Voth's underlying numbers are very encouraging and look far better than his 4.35 ERA, his limited arsenal has capped his potential and led to some struggles this year. Voth throws his four-seamer about 2/3rds of the time, followed by his curveball (21.12%) and cutter (6.21%), and Voth's heavy reliance on few pitches has made him predictable for batters who've seen him before. As a result Voth owns a 1.571 OPS when facing a batter for the third time in a game -- a sharp contrast to the .347 mark when batters see him for the first time (.804 OPS second time through the order). If Voth can develop a strong third pitch to go with his fastball and curveball, then he could be a reliable fantasy starter. Until then, leave him on waivers.

Pederson has mashed his way into a Home-Run Derby invite with 20 home runs entering Friday's game, and the 27-year-old appears bound for a career season. With a 30.2% o-swing rate and 69.3% z-swing rate, Pederson's plate discipline is arguably the best it's been since he entered the league in 2014, and his contact rate sits at a career best 78.6% (with a 10% swinging strike rate). While his plate discipline has improved, Pederson's power has remained strong with an impressive 91.5 MPH average exit velocity, 10.7% barrel rate, and 44.4% hard hit rate, indicating that his production should stay strong through the season. Although Pederson's 18% line drive rate and 17% IF/FB ratio aren't good, he should see his .246 BABIP rise somewhat over the rest of the year, though it is worth noting that he owns a career average of .231 in the category. Overall, fantasy owners should expect Pederson to maintain much of his first half production going forward, and expect an OPS around or above .850 with above average strikeout and walk rates.

Velasquez allowed two runs over five innings against the Mets on Friday, striking out three and walking none. Velasquez has struggled this season and even spent some time coming out of the bullpen, but the 27-year-old has looked deceptively solid since returning to the Phillies' rotation a few starts ago and is worth a look for fantasy owners looking for cheap starting pitching. Crucially, Velasquez has upped his slider usage significantly, resulting in more whiffs and more strikeouts, and pushing him towards fantasy relevance. Problematically, when hitters do make contact, they hit it hard, and Velasquez owns a 90.4 MPH average exit velocity that hasn't been much better lately. Still, Velasquez's slider and fastball each allowed an xBA around the Mendoza line in June, and if he continues emphasizing his slider while cultivating a usable third pitch (Velasquez's curveball currently falls below that standard), then he should be a fantasy contributor down the stretch this year.

Castro went 1-4 with a double against the Braves on Friday Castro was never a model of consistency, but his .585 OPS would be the worst of his career, and his 59 OPS+ is worse than every starting on the Marlins position player. Castro has been far from good, but he hasn't been quite this bad either; the 29-year-old has been hitting the ball decently hard with an 88.8 MPH average exit velocity and 40.4% hard hit rate, and he's struck out at a strong 17.6% rate with an 82.7% contact rate. The good pretty much ends there though, as Castro has been hitting the ball into the ground frequently with a 1.12 GB/FB ratio and rarely barrels the ball with a 4.3% barrel rate and 20% line drive rate, leading to a .279 xwOBA that ranks among the bottom 8% of batters. If you need a cheap singles hitter who rarely strikes out or walks then Castro is a solid option, but his value doesn't extend much beyond that.

Teheran shut the Marlins out over six innings and allowed seven baserunners (two walks) with six strikeouts. Teheran's lack of strikeouts and high walk rate make him rely on soft contact (and defense) to find success, but even indicators that consider batted ball quality expect a substantial decline from the 28-year-old over the rest of the season. Although the gap between Teheran's ERA and SIERA has narrowed over the last month (over a seven start stretch between May and June, Teheran owned a 0.70 ERA and 5.37 SIERA), his ERA has moved up towards his SIERA, and will likely continue to do so over the rest of the year. With Teheran's ERA at 3.99 and his SIERA at 5.26, this means more negative regression for Teheran, who's benefited from somewhat favorable batted ball outcomes despite less than impressive underlying numbers including an 88.1 MPH average exit velocity, 7.7% barrel rate, and 8% IF/FB ratio. While Teheran's ERA probably won't rise over 5.00, don't expect him to be a valuable fantasy asset this season, especially as his strikeout numbers remain underwhelming (though his strikeout rate should rise slightly over the rest of the year).