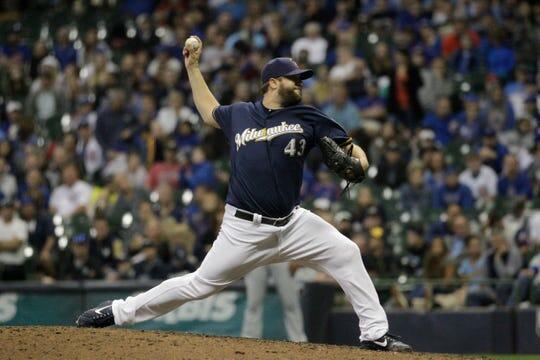 It's August....that means back-to-school, end of summer sales and the prep for fantasy football. If you're still reading this article, it probably means you take fantasy baseball pretty seriously. Sure, you might play fantasy football, but fantasy baseball remains a priority if you're reading closer columns in mid-August. That's a good thing and it's something to be proud of. Luckily, there are still opportunities to shore up your bullpen, although time is definitely running short. Focusing your attention on Atlanta or the New York Mets handcuffs will probably result in the best bang for your buck since both teams are fighting for playoff spots and should provide ample opportunities moving forward.

-The New York Mets closing saga continues to have the plot thicken. After Edwin Diaz suffered through another challenging outing on Sunday (non-save), speculation continues to mount that the team would look to make a change in the 9th inning in the save change. That change, it had been assumed, would be Seth Lugo, who has served as the team's most consistent high leverage man in recent weeks. Interestingly, when faced with a one run lead in the 7th inning on Wednesday, Mickey Callaway chose to put Lugo in the game. The is potentially an indication that the Mets will continue using Lugo in the same fireman role, regardless of inning, and the other arms in the bullpen could see time in the 9th. The next best arm is probably Justin Wilson, and he could be grabbed in the most save-desperate leagues, but it's unlikely he takes over the job full-time. Wilson has really increased his ground ball rate this year (56% from career average of 47%), most likely because of a larger reliance on his cutter (thrown 38% of the time in 2019 vs 19.7% of the time in 2020). For what it's worth, when a save situation presented itself on Thursday, the team did give it to Diaz, so he's not on the fritz quite yet.

-For all the big moves the Braves made at the trade deadline to bolster their bullpen, the closer situation remains a bit of a mess. After a few Shane Greene missteps, the team moved Mark Melancon into the closer role last weekend. He proceeded to melt down in his first opportunity to end the game (non-save), loading the bases before Shane Greene came in and put on bow on it, allowing the tying runner to score. Melancon got another chance on Wednesday, beginning the 9th inning, allowing a walk and four hits before he was pulled for a lefty-on-lefty matchup with Jerry Blevins. Long-time readers know I'm not the biggest fans of the skill sets for Melancon or Greene. Based on recent usage, it also seems like Brett Snitker is more than willing to play the matchups in the 9th inning. As a result, this bullpen should be considered one of the more volatile in the league right now.

-The Cubs nightmare bullpen woes continued on Thursday when three relievers combined to allowed 6 runs in the 9th inning, spoiling a fantastic start by Yu Darvish and blowing a 3-run lead. With Craig Kimbrel and Steve Cishek both on the disabled list, we're leaving David Phelps on top of the committee for now. Kimbrel is close to returning, but it sounds like he may need a rehab assignment.

-Thanks to a regularly scheduled day of rest (both for physical and mental reasons given his recent usage and struggles), Josh Hader watched from the dugout as teammate Matt Albers recorded the save for the Brewers. It's nice to get clarity and confirmation of the bullpen hierarchy and while we aren't suggesting a change is imminent, Milwaukee has struggled recently and Albers has notched three saves over the last two weeks.

-The Nathan Eovaldi closer experiment appears to be over before it even started. The first year BoSox pitcher is slated to start on Saturday. Meanwhile, earlier this weekend Andrew Cashner was called up and converted his first save of his career. This bullpen situation is probably just one to avoid, but Brandon Workman remains the best player to own.

-A handful of our presumed handcuffs got saves this past week, confirming the hierarchy and maintaining the handcuff grades we show below. Those pitchers include Andrew Miller, Adam Ottavino, Luke Jackson, and Sergio Romo. There were also a few pitchers who we do not have as the top pitcher in the saves speculation. Of that group, Luke Jackson seems positioned for the best opportunity for future saves in the short-term given Mark Melancon and Shane Greene's struggles.