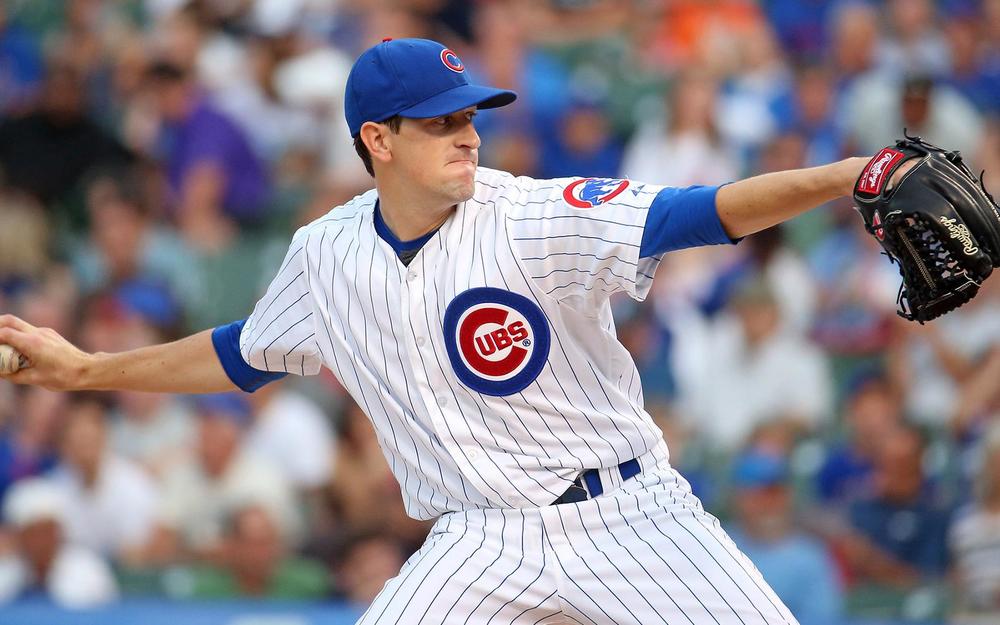 Smith went 1-4 and walked against the Cardinals on Monday. Smith has mashed for the Dodgers when given a chance to play this year, and the 24-year-old took an impressive 1.198 OPS into Monday's game. As a hitter, Smith looks somewhat similar to fellow Dodger Max Muncy as he pairs a patient but solid plate approach with mediocre contact skills and impressive power -- a profile that bodes well for Smith's future. Although Smith's extremely patient approach (his 39.4% swing rate would rank among the lowest fifteen qualified batters) and less than impressive contact skills (72% contact rate, 46% o-contact rate) result in a high strikeout rate (currently 29.1%), when he does make contact he more than makes up for the strikeouts. Smith owns an impressive batted ball profile that features a 17.6% barrel rate, an 89.4 MPH average exit velocity, a 0.36 GB/FB ratio (32% line drive rate), and a whopping 55.9% hard hit rate. As a result, Smith owns an elite .549 xwOBA on contact that should excite fantasy owners. Smith isn't flawless -- he struggles to hit breaking and offspeed pitches and rarely makes contact on pitches outside of the strike zone -- but his patient approach and strong power make him a fantasy asset and someone who should be owned in all leagues.

Hendricks was red hot in July with a 2.25 ERA over 32 innings while allowing two or fewer earned runs in each of his six starts, and the 29-year-old kept it going on Monday, allowing two runs over 6.1 innings. Hendrick's increased success can largely be traced to an adjusted pitch mix and an improved fastball, though it's not clear that the fastball's success will carry through the rest of the season. Hendricks has cut his sinker usage in favor of his four-seamer since the end of May (he started only three games in June), and it paid off in July as his fastball had its best performing month of the year by a significant margin while helping drive an increasing soft contact rate for Hendricks. Though the location of the pitch has been slightly different than where it's been most of the year, Hendrick's fastball hasn't meaningfully changed in July, and there isn't much (besides some improved command) to suggest that it'll revert back to being a poor pitch for the starter (as it has been over his career). Another red flag surrounding Hendricks is his predictability; even with his pitch mix adjustment, Hendrick's z-swing rate has continued to climb and has averaged 65.5% over his past fifteen starts -- his worst mark in the category since the beginning of 2015 (his o-swing rate is generally in line with his career numbers). Expect Hendricks to take a significant step back compared to July, and although he may still be a usable starter over the rest of the year, capitalize on his recent hot streak by selling high if you can.

Suzuki went 0-3 with a walk and a strikeout against the Giants on Friday. Suzuki has played well for the Nationals this season, but he's been mired in a bit of a slump lately (.654 OPS over the past two weeks). Suzuki's slump has largely been driven by an increased ground ball rate that's suffocated his BABIP, and he should be expected to return to form over the rest of the year. For the season, Suzuki has maintained impressive contact skills with a strong plate discipline profile that combine to limit his strikeout rate (12%), and his modest but serviceable power (38.2% hard hit rate, 86.4 MPH average exit velocity) makes him fantasy relevant at a shallow position. One notable aspect of Suzuki's performance this year is his platoon split; he's hit lefties far better than righties this year -- a contrast to his near even career platoon split. This isn't new (it's been a trend for the past couple of years), but it is worth noting and should be capitalized on by daily players. Let Suzuki's ground ball rate fall, then feel comfortable using him against southpaws as a solid fantasy option.

Lockett allowed four runs over 4.2 innings against the Marlins on Monday. Lockett has struggled so far in his brief major league career, but the 25-year-old possesses an intriguing arsenal that makes him worth keeping an eye on long-term. It's a small sample size, but Lockett has managed to generate whiffs with his curveball and changeup at strong rates, though both pitches do get hit hard when batters make contact. Another encouraging sign from Lockett this year has been his command; Lockett has struggled with his command in the past, but his edge and zone rates are both up significantly this year, signaling that he's likely improving his control. Don't expect Lockett to be immediately valuable -- he likely still needs to work on his command and would do well to add another pitch -- but he has more upside than his 8.78 career ERA might suggest.

Peraza went 1-4 and was caught stealing against the Angels on Monday. Peraza has disappointed at the plate this season, but the 25-year-old appears primed for a strong rest of the season. Although Peraza has been cold recently (.418 OPS over the past two weeks), his underlying metrics look to be heating up, making Peraza a strong buy low candidate. Over the past couple of weeks, Peraza has seen his hard hit rate spike while his z-swing rate has stayed high and his o-swing rate has fallen. Additionally, Peraza's line drive rate has risen while his IF/FB ratio has declined (both numbers that had lagged behind Peraza's career numbers this year). As a result of his recent trends, Peraza should see his .260 BABIP rise towards his .307 mark from last season, and his extra base hit rate should rise significantly as well. Getting on base should help Peraza's stolen base total rise as well (23 in each of the past two seasons, five so far this year), further boosting his fantasy value. Peraza's recent trends may reverse, but as of now he looks like an ideal buy low option who could reasonably (though perhaps somewhat optimistically) post an OPS around .750 over the rest of the year.