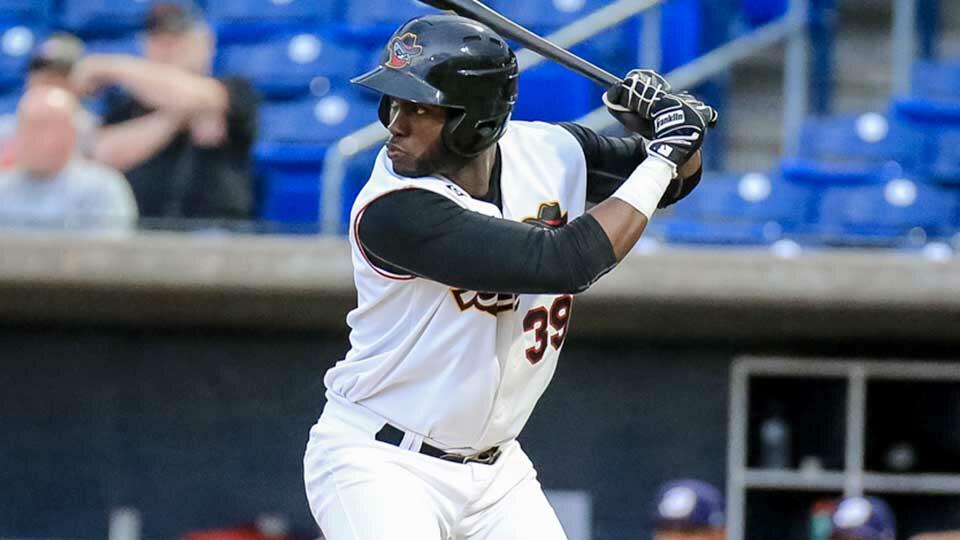 Yordan Alvarez (OF-HOU) should be a hot commodity in 2020 fantasy drafts. Although he's just 22, he broke into the majors in a big way this season by batting .315 with 24 homers and 72 RBI in just 320 plate appearances entering the weekend. Before his promotion to Houston, he hit .343 with 23 longballs and 71 RBI in just 253 Triple-A plate appearances. There's really nothing in his profile to suggest that he's not legit, as his hard-hit rate is an elite 52%, he hits plenty of liners (24.5%), and enough flyballs (36.7%) to do some real damage. For a slugger, his 24.7% strikeout rate is acceptable, and he has extra value in leagues that count OBP and/or OPS, as his 13.4% walk rate contributes to a .409 OBP. His track record of producing in the minors underscores that Alvarez should be able to sustain some level of what he's done so far in his major-league career. My main concern is position eligibility, as he's largely served as a DH in Houston, logging only 10 appearances (9 starts) in the OF there. He'll be an asset as a UTIL-only guy, but it would help his value if he maintains OF eligibility going forward.

Rougned Odor (2B-TEX) may be coming back from the fantasy dead... for now at least. Entering the weekend, he was batting just .204 with 26 longballs, 79 RBI, and 10 stolen bases through 525 plate appearances on the year, but since the calendar turned to September he had gone 12-37 (.324) with 5 homers, 11 RBI, and a pair of steals. After striking out at a clip greater than 30% in every month except June (25%), he's slashed his strikeout rate to just 19% this month while kicking his hard-hit rate up to an insane 66%. To be fair, his hard-hit rate sits at 51% since the All-Star break, so the key to his recent success has been fanning less often... go figure. If he's been dropped in your league and you could use a spark at 2B down the stretch, Odor is worth considering.

John Means (SP-BAL) is scheduled to take the hill against the Tigers on Monday. The 26 year-old southpaw has been a pleasant surprise in 2019, as he owns a 3.47 ERA, 7.1 K/9, and 2.2 BB/9 through 137.1 innings of work. His 4.34 FIP suggests he's been a tad lucky, though, and opposing batters have logged a .252 BABIP against him. Sure, his 9.8% swinging-strike rate and K/9 are nothing to write home about, but does it matter when a guy has been effective regardless and he lines up to take on the worst offense in the majors? The Detroit lineup has scored the fewest runs in the majors this season, hit the 2nd fewest dingers, and struck out the most. Means faced this squad back in late May and the results were what you'd expect - 6 innings, 1 run, 3 hits, no walks, and 7 punchouts. Sign me up.

Nick Madrigal (2B-CHW) could make an impact in 2020. The 22 year-old cruised through 3 levels this season, ultimately landing at Triple-A, where he batted .311 in 134 plate appearances while walking at a 10% clip and striking out just 4% of the time. Those numbers line up with what he did in High-A and Double-A before that and, in fact, he walked at an identical 7.8% rate and struck out at the same 2.8% clip at both of those levels. His 4 total homers in over 500 plate appearances this season highlights his very modest power, but his on-base skills paired with 70-grade speed (he swiped 35 bags this season) should make him an attractive fantasy option at a time when power can be found anywhere and speed is far more scarce. He's one to watch as Opening Day 2020 approaches.

Logan Gilbert (SP-SEA) is another prospect name to jot down for 2020. The 22 year-old lefty ranks as the #48 overall prospect and showed why he was a first-round pick out of Stetson last season as he ascended from Low-A to Double-A over the course of the 2019 campaign; Stetson, of course, produced both Jacob DeGrom and Corey Kluber. Gilbert performed well at every level, logging 50 innings at Double-A in which he recorded a 10.1 K/9, 2.7 BB/9, and 2.88 ERA that compared favorably with a 2.87 FIP. In addition to possessing a heater that sits in the mid-90s, Gilbert throws 3 solid secondary pitches and has a strong track record of good command with all of his pitches. He was shut down after he hit a limit of 135 innings this season, so he should be primed for a bigger workload in 2020 that could include some big-league action. Make sure he's on your watch list.