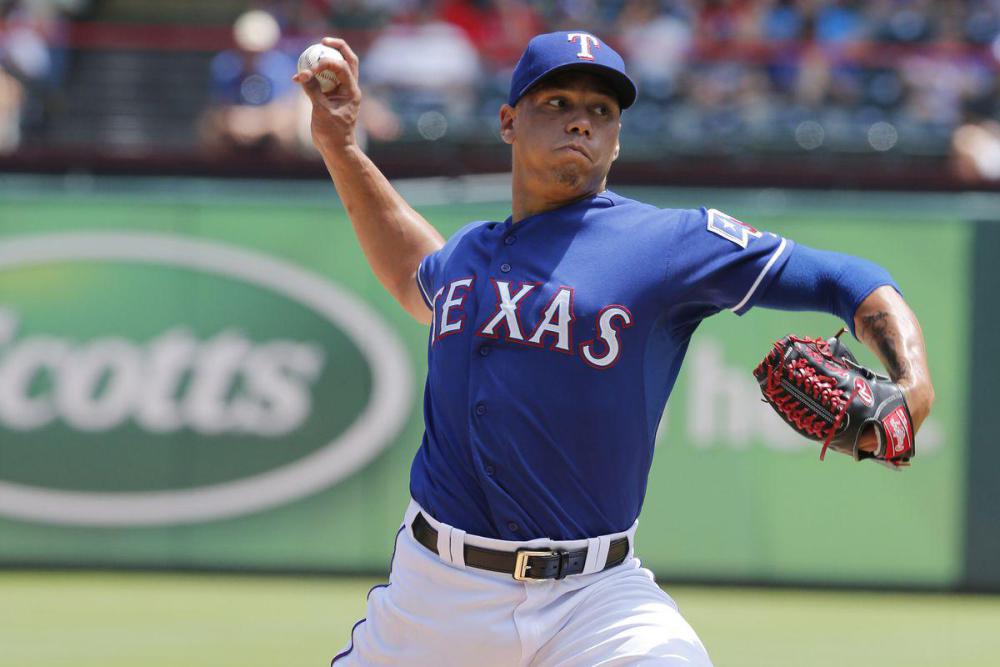 OF Ender Inciarte could be back next week. He has been able to do some running. Inciarte is unlikely to return to an everyday role which severely limits his fantasy appeal. 1B Anthony Rizzo was able to play both Thursday and Friday after it looked like he would struggle to make it back at all. SS Addison Russell (concussion) is doing some light baseball activities and even if he does return soon it looks like SS Nico Hoerner has earned the playing time. OF Ketel Marte (back) may be shut down due to lower back inflammation. Marte has had a breakout 2019 season (.329 AVG with 32 HR, 97 R, 92 RBI, and 10 SB). 3B Justin Turner (ankle) has not played since September 7 due to an ankle sprain. The Dodgers hope to have him back before the end of the year. OF Garrett Cooper (knee) has been shut down and is looking unlikely to return this year. C Kurt Suzuki (elbow) has resumed baseball activities and is close to returning. OF Jay Bruce (elbow) still has not been able to throw which makes it very unlikely that he plays again this year. OF Corey Dickerson was placed on the 60-day IL with a fractured foot. This means that OF Adam Haseley has been playing every day in centerfield and OF Brad Miller and UTIL Sean Rodriguez have been getting more playing time. SS Jean Segura is dealing with a hamstring injury but he was in the lineup on Friday and Saturday after leaving Thursday's game early. 1B Josh Bell (hamstring) still has not played since Sept. 13. The Pirates have no reason to rush him back into the lineup so it is unknown when he will be back. OF Starling Marte (wrist) is in the same position as Bell in that the Pirates have no incentive to get him back in the lineup which really hurts our fantasy teams because steals are extremely valuable at this time of year. 1B Wilmer Flores has been getting the majority of starts in Arizona and is someone that you could pick up. 2B Garrett Hampson is not getting everyday at-bats but he has performed well in the second half with a .292 AVG and 4 HR/8 SB in 50 GP. The speed is the intriguing part of his game. OF Ramiel Tapia has seen his playing time decline drastically in favor of Desmond, Hampson, and Hilliard. 2B Kolten Wong is dealing with a hamstring injury and is considered day-to-day. 2B Max Muncy sat out Saturday due to what the Dodgers are calling a minor quad injury. This is worth watching over the next couple of days. OF Nick Senzel (shoulder) is going to have season-ending shoulder surgery.

Luke Weaver (elbow) is scheduled to start on Saturday. Weaver had a 3.03 ERA and 1.11 WHIP with 21% K:BB prior to today's game. It will be nice to see him on a mound heading into 2020 to get a read on how healthy his elbow is. Rich Hill (knee) was able to throw a bullpen with no issues and faced live hitters on Thursday. He is hoping to return next week. Jordan Yamamoto (forearm strain) threw a simulated game on September 16. Garrett Richards (TJS) returned to a major league mound last week. He went 3.2 IP with 3 ER, 0 BB and 5 K. The right-hander isn't going to go deep in games but he does have strikeout upside and it is nice to get a glimpse of his stuff heading into 2020. Chris Archer (shoulder) has been shut down for the year and his 2020 value is up in the air. We will not know how healthy he is until Spring Training and Archer is coming off a terrible year in terms of results (5.19 ERA and 1.41 WHIP). The Rockies activated Kyle Freeland on Saturday but he shouldn't be considered for fantasy purposes.

Craig Kimbrel (elbow) was able to throw a simulated game on Tuesday and was activated on Thursday. He promptly blew a save against the Cardinals. Keone Kela is now the closer in Pittsburgh so he needs to be added as such.

1B Jose Osuna (PIT)- Jose Osuna is playing regularly between 1B and OF with both Josh Bell and Starling Marte dealing with injuries. Osuna has hit for power in a limited sample this year (10 HR, .211 ISO). He has shown the ability to put the bat on the ball (17% K) which has helped him to get more of that power and maintain a respectable batting average (.263). He isn't going to provide any speed and it's not a great hitters park but when he is in the lineup he is hitting in the middle of the Pirates order.

RP Keone Kela (PIT)-Keone Kela is now the Pirates closer. He has the skills to be a closer with a 2.36 ERA and 1.01 WHIP. The underlying skills are also strong with 30% K and 7% BB. He has also shown that he can keep the ball in the yard (1.01 HR/9). The only thing that has prevented him from being a closer in the past has been his attitude which remains a problem but as long as he is successful when on the mound that issue gets pushed out of sight.

2B/SS/OF Garrett Hampson (COL)-Garrett Hampson is not playing every day but he is getting enough at-bats to be fantasy relevant. He has picked it up in the second half with a .292 AVG with 4 HR and 8 SB. The speed is what makes him extremely valuable down the stretch.

SP Vince Velasquez (PHI)- Vince Velasquez gets a prime matchup against the Marlins this week. Velasquez has not been great this year (4.89 ERA and 1.39 WHIP) but the Marlins offense is not good and he has shown the ability to miss bats (26% K, 11% SwStr). This is only if you need to streamer to pick up some strikeouts with a good shot at a win.