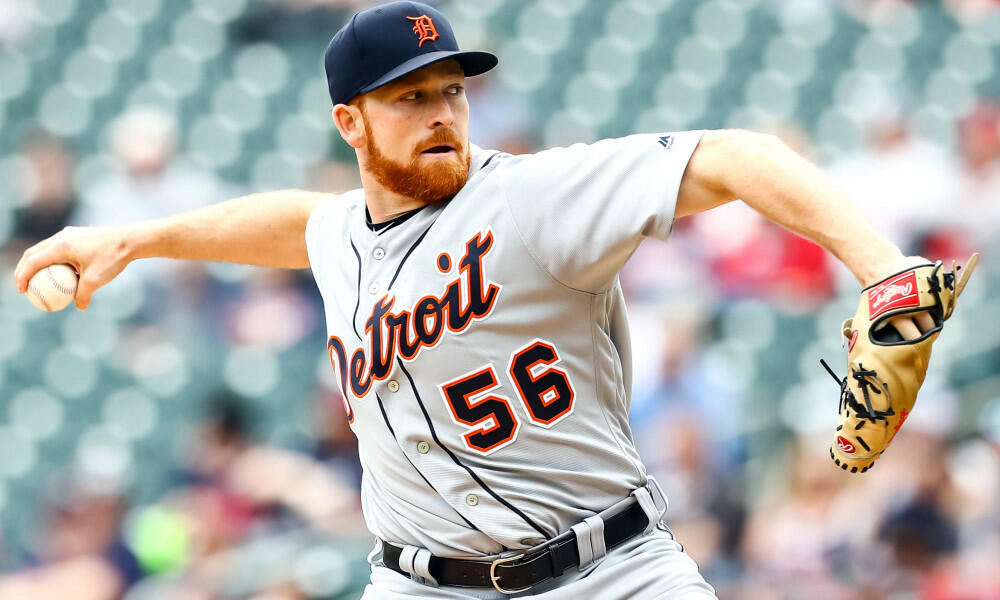 Turnbull threw 6 strong innings Friday allowing 2 ER on 3 hits while striking out 6 to pick up his first win of the 2020 season. He no-hit the Reds through 4 innings before giving up his 2 ER. Turnbull struck out 8 with 4 walks over 5 innings in his first start of the season and Friday was a nice follow up performance as he only issued 1 walk and generated 7 groundballs. Despite an ugly 3-17 record and 4.65 Era last season, there are a lot of positives. His 48.3% groundball rate (20th in the AL) and 10.1% HR/FB rate (5th in the AL) among starters with 140+ innings suggest there is a lot to like here. His control was the biggest concern last year as he continued the high walk trend he exhibited in the minors (3.58 BB/9) while hitting a league high 16 hitters which led to continually early exits from ballgames - he only managed 148 innings over 30 starts. Accuracy and pitch count are key for Turnbull this year and if he can reel in the walks and HBP The Tigers may have found themselves a gem.

Chavis went 1 for 3 with his first home run Friday night. After hitting 18 home runs and posting a .765 OPS during his Rookie campaign last year he had struggled in 2020 entering play Friday (2-13, 7 Ks) so the power display was good to see. He showed good power in the low minors smashing 31 home runs in 2017. Despite suiting up only at first base thus far this year, Chavis should have his 2B eligibility maintained from last year which is a nice bonus to be able to plug him in your middle infield spot. I did find it interesting that despite him hitting about 40 points lower career vs lefties (.219) then vs righties (.264) his home run Friday was his 9th career shot off of southpaws in 119 PAs compared to 10 over 277 PAs vs righties.

Montgomery made his 2020 debut Friday night tossing and looked sharp limiting the Red Sox to 1 run on 5 hits over 5 and 2/3 IP, while striking out 4. After showing some flashes as a Rookie way back in 2017 (3.88 ERA, 8.3 K/9) Montgomery underwent Tommy John Surgery in mid-2018 and only threw 31 Major League innings over the past few seasons. The Yankees will most likely limit his innings early and it will be interesting to watch his pitch repertoire as the season unfolds. During his Rookie season he had a fastball sitting in the lows 90s which but was most effective with a curveball that averaged just under 80mph and baffled opposing hitters to the tune of a .136 avg in 2017. Of course, with Tommy John there is usually an adjustment to pitches so it will be interesting to see the effectiveness of his curveball this year.

Bubic made his MLB debut Friday throwing 4 innings of 3-hit, 3-run ball, striking out 3. He only made one bad pitch with was taken deep for a 3-run homer on what overall a good debut. He generated 7 groundball outs but was a little erratic at times hitting 2 batters and throwing just 45 of 76 pitches for strikes. It has barely been 2 years since Bubic was a Late 1st round draft Pick, and his ascension to the majors probably wouldn't have happened in an otherwise shortened season as he hasn't pitched above A ball yet. Bubic had a 11.1 K/9 across 148 minor league innings last year but doesn't throw particularly hard - featuring a fastball in the low 90's and a changeup in the mid-80s but as a lefty with a unique pitch delivery he may be able to keep hitters off balance. The Royals may continue to test young starters from within their farm system but there is still a ton of unknown from guy with as limited minor league innings as Bubic.

Madrigal made his major League debut, playing second base and hitting 9th going 0 for 3. The 5'8 Top Prospect for the White Sox flew through the Sox Minor League system playing in only 163 games across multiple stops where he hit .309 and had a ridiculous 51:21 BB:K rate in the minors. This contact first approach leads to a lot of singles and not much power as he made up for it with 43 steals (in 62 attempts) in the minors as well. We've seen other hitters in the past few years (Luis Arraez last year) make this approach work and Madrigal has a stronger pedigree then most that fall into this category. He figures to hit down in the Sox order but should see regular at bats and could contribute runs and steals if he can figure out major league pitching.