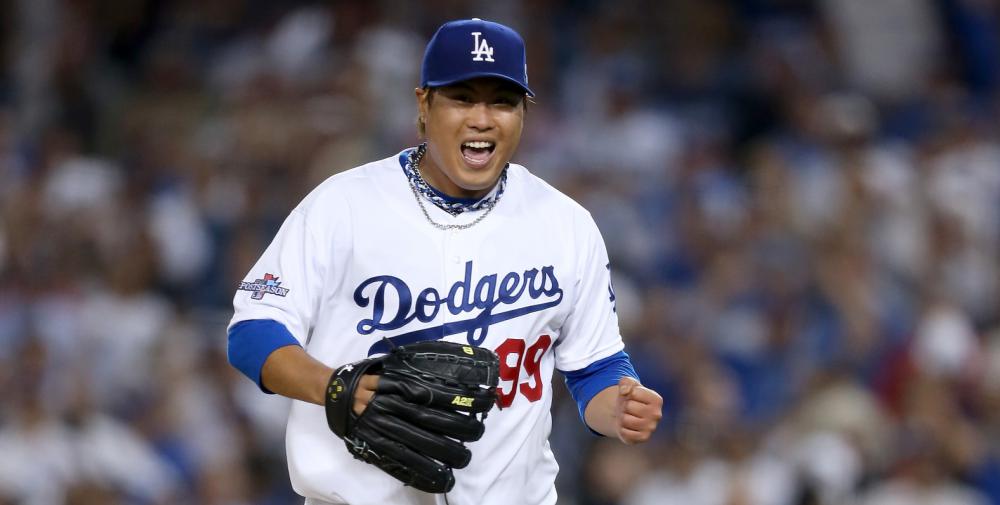 Ryu rode elite batted ball quality and control to a 2.32 ERA last season but pitched poorly on Friday, allowing three runs and seven baserunners over 4.2 innings. Ryu's reliance on defense might worry some fantasy owners with the shaky Toronto defense, but Ryu allowed a .364 xBA on Friday, so defense was not a major issue in Friday's start. Plus, Vladimir Guerrero Jr.'s move to first base should alleviate some of those concerns for the remainder of the season. In addition to relatively poor contact quality, Ryu walked three batters on Friday; last season, Ryu walked more than one batter in a game only three times all year. Still, Friday wasn't all bad for Ryu. Half of Ryu's 14 allowed batted balls had average exit velocities below 85 mph, and eight were either popouts or groundouts, so his ability to induce desirable contact appears to remain intact. Fantasy owners should expect Ryu to bounceback this season, and he should post an ERA around 3.50.

Tellez went 0-3 with an RBI and a strikeout against the Rays on Friday. Tellez will have to fend off Derek Fisher for playing time at DH once Lourdes Gurriel returns to the lineup, but I like Tellez as a breakout candidate this year and he's someone to pick up quickly with a hot start to the season. With a 90.2 mph average exit velocity, 41.2% hard-hit rate, and 13.2% barrel rate, Tellez boasts impressive contact quality that helped him post a .430 xwOBA on contact last season -- just one point below Nolan Arenado. The biggest problem with Tellez is his 28.4% strikeout rate, and his 81.1% z-contact rate and 14.4% swinging-strike rate from last season aren't encouraging in that regard. With that in mind, Tellez reworked his swing and improved his conditioning this offseason to increase his contact rate, and even relatively small gains could allow Tellez to post an OPS above .800 this year. That makes Tellez worth picking up with a strong start to the season, especially for fantasy owners chasing cheap power.

Boyd was roughed up on Friday, allowing four runs over five innings with only two strikeouts against the Reds. Boyd is typically a slow starter from a velocity perspective, and that trend continued this season with his fastball topping out at 93.6 mph. Still, Boyd's relatively low velocity hasn't impacted his performance historically, as he owns a career 3.08 ERA in April -- the best of any month. And even though Boyd only picked up two strikeouts on Friday, his slider's 21% swinging strike rate was in line with last season's mark, and his 11% overall swinging-strike rate wasn't too bad. Even Boyd's contact quality was decent on Friday, with an 88.7 mph average exit velocity and a 29% hard-hit rate. Given that strikeouts tend to stabilize early for pitchers and that Boyd was better on Friday than his surface-level numbers suggest, Boyd should bounce back in his next scheduled start against the Royals and should be a useful DFS option as a result.

Martinez got off to a strong start to the season on Friday, going 3-5 with two doubles, three RBI, and two runs. Impressively, Martinez's first two hits of the season came on balls with exit velocities over 100 mph, but that's not out of character for the 32-year-old. Martinez's Baseball Savant page is a sea of red, emphasizing his elite power and contact quality that combine to consistently push Martinez to an OPS north of .900. The relatively unimpressive Red Sox lineup will likely keep Martinez from leading the league in RBI for the second time in the past three years, but Martinez is likely to post a home run rate above 5%, a batting average above .300 and an OPS above .900 for the third consecutive season this year. That level of production makes Martinez a safe, elite fantasy asset, and fantasy owners should feel comfortable plugging him in every game this season.

Morton struggled on Friday, allowing six runs over four innings against the Blue Jays. It's important to avoid overreacting to just one start, but Morton's velocity was concerningly low with his fastball averaging 92.2 mph, and the pitch didn't get over 94 mph all night. Morton's fastball velocity averaged over 95 mph last season, and losing velocity on the pitch could cost Morton points on his 30.4% strikeout rate from last season. Morton should post an ERA below 3.60 even with somewhat diminished velocity and it's only one start, but Morton's velocity is something to keep an eye on this season.