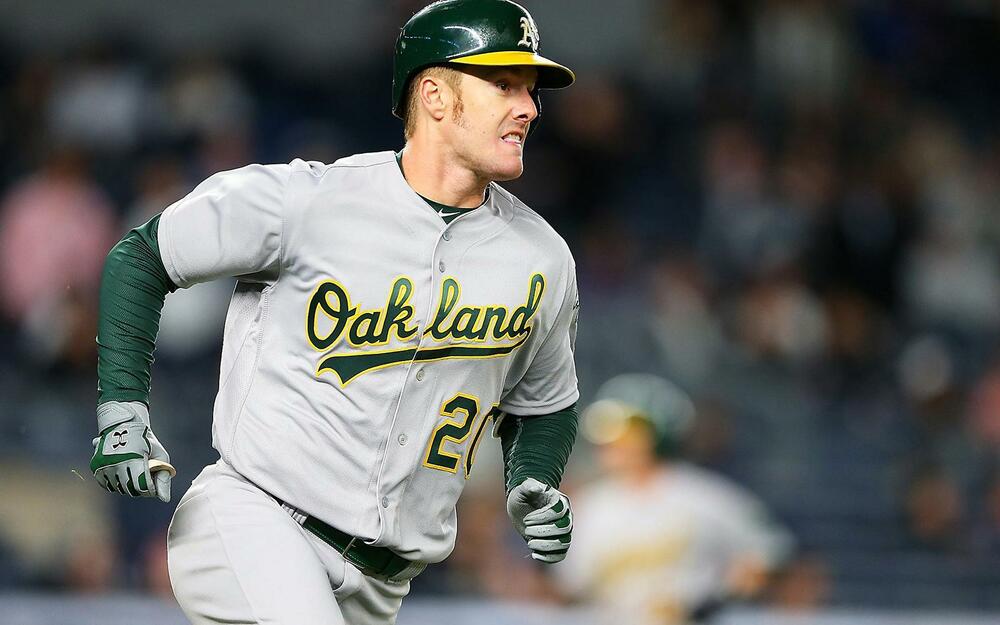 Canha hit his first home run of 2020 on Monday afternoon against the Angels. He is now batting .333 and has recorded at least one hit in each of his three starts this season. Canha isn't the sexiest name in fantasy circles, but he quietly had a very solid season in 2019, and is currently owned in just 44.7% of ESPN leagues. The 31-year-old made great strides with his approach at the plate a season ago which lead to him having a breakout season. Canha's 25.0% O-Swing%, and 13.5% BB%, were both significantly better than his career marks (30.6% OSwing%, 8.6% BB%). This helped him become an on-base machine with an OBP of .396 which was 9th best in the league (amongst batters with at least 450 PA). He also finished the season with a career high 26 homers and an impressive .386 wOBA. If someone in your outfield started the season sluggish, Canha is an undervalued player that you should be considering.

Merrifield went 3 for 5 with a homer and a double out of the leadoff spot for the Royals on Monday evening. The versatile 31-year-old has recorded at least one hit in each of his four games this season and is currently batting .400 with a .513 wOBA. Merrifield wasn't quite the fantasy darling last season as he was in 2017, and 2018, but it wasn't because of his bat. He hit just over the .300 mark (.302) and poked out 16 dingers in 2019. However, he stole just 20 bases, which isn't bad, it's just a far cry from the 45 he swiped in 2018 that made him so valuable. Now in his thirties, Merrifield doesn't figure to be a base swiping stud anymore, but he is an incredibly consistent hitter that will play every day (played in 158 games in '18 and all 162 games in '19).

Glasnow struck out nine batters, while giving up one run, in just 4.0 innings of work on Monday against the dangerous Atlanta Braves. The 26-year-old missed the middle three months of the season in 2019 due to a forearm strain and was sidelined for two weeks during 2020 camp after testing positive for the CoronaVirus. There appeared to be no ill-effects for Glasnow as picked up right where he left off last season. Glasnow threw just 72 pitches and will likely have a stiffly monitored pitch count for most of the season. That being said, if healthy, he should still be a productive fantasy starter. Across 60.2 innings last season for the Rays he went 6-1 with a stellar 1.78 ERA, and 2.94 xFIP, while toting a hefty 11.27 K/9 ratio and a solid .59 HR/9 ratio. He may not get to pitch very deep into games but he should still provide strikeout numbers on par with most other middle of the road fantasy pitchers.

Martinez went 2 for 4 and hit his first homer of the season on Monday night against the Braves. The Rays new addition came out of the gates slow, going 1 for 8 in his first two games, but came out swinging on Monday. He drove in three runs, scored a pair more himself, and also walked in the contest. Martinez is a career .296 hitter and has posted a .352 wOBA across nearly 1,300 career plate appearances. His lack of defensive skill, and team depth, kept Martinez from getting a real go as an everyday player for the Cardinals. Now that he has come over to the AL he should have a chance to prove himself as an everyday player. The big man isn't likely to produce gaudy home run numbers but that is mainly because he is a line drive hitter that uses the middle of the field; which is also why he is such a good hitter. Martinez's career LD% is 25.7% and his Pull%/Cent%/Oppo% percentages are remarkably even (32.3%/36.5%/31.3%). He is rostered in just 2.4% of ESPN leagues.

White hit his first career big league home run on Monday night with a three-run shot off of Houston starter Josh James. He later added a single and finished the night 2 for 5. The big night for the 24-year-old was slightly marred by his three strikeouts; he has now struckout nine times this season. White showed promise in Double-A last season (18 HR, .371 wOBA), but it's difficult to predict how productive he will be in the majors in 2020. He is now 4 for 17 on the season, and has stuck out in exactly half of his 18 plate appearances, while walking just once. There are plenty better options at first base right now; 2020 is probably not the season to be considering this youngster for your fantasy baseball roster.