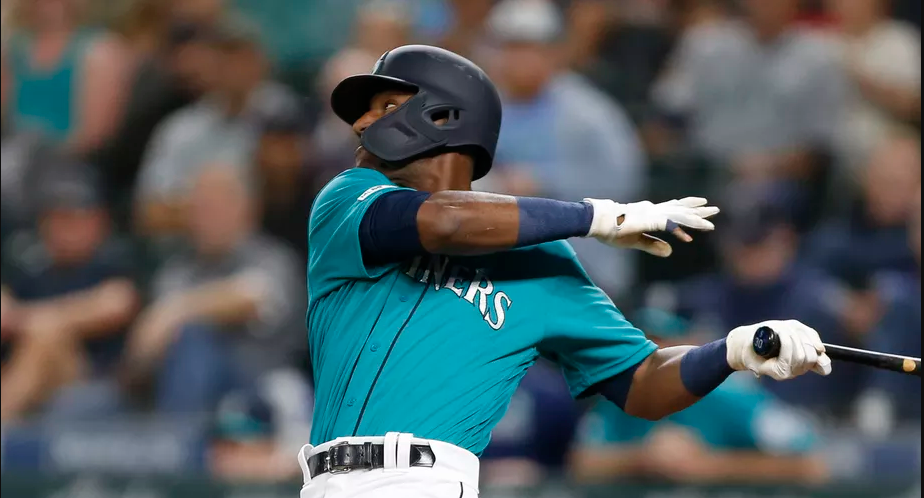 Kyle Lewis, Seattle Mariners - Kyle Lewis was the talk of summer camp for the Mariners and he's continued his hot streak into the regular season with homers in each of the first two games, with the one Saturday coming on an opposite-field shot. Lewis made his major league debut last year and hit six homers in 18 games while posting a .268/.293/.592 slash line, but did strike out in just shy of 40% of his at-bats. Lewis has struck out in four of his eight plate appearances to start 2020, but strikeouts weren't a glaring issue for Lewis in the minors running anywhere from a 22-29% K%. Some of his prospect lusters wore off going into 2019 after suffering a knee injury very early into his minor league career, but just a few years ago Lewis was a top 5 pick in the draft after being one of the most dominant players in college baseball. He's likely to set to hit in the middle of the lineup for the Mariners all season, and he's going to be one of the most actively sought out players in FAAB bidding this weekend.

Brady Singer, Kansas City Royals - Brady Singer made his MLB debut on Saturday, striking out seven batters over five innings and allowing two earned runs. Singer threw only two pitches in the outing, 50% fastballs, and 48% sliders with a pair of changeups sprinkled in. On those 38 sliders, he generated an outstanding 10 swinging strikes and he had four whiffs on his fastball as well. On Fangraphs' Prospect Report, Singer was given a 50 grade for his fastball and a 55 grade on his slider, so it makes sense that he primarily focused on the two pitches in this outing. Singer's heat map looks excellent with fastballs up and into righties and sliders low and away, and it'll be interesting to see how much of the changeup we'll see in future outings from him. Assuming the Royals stick with a typical five-man rotation (no way to know what any teams will do in the shortened season) Singer has a much tougher task with the White Sox next Friday.

Jesus Luzardo, Oakland A's - Jesus Luzardo made his 2020 debut for the A's with three shutout innings out of the bullpen. Luzardo was penciled into the A's rotation back in March but a battle with COVID got his summer camp start delayed and now the team is going to work him up in the bullpen before likely moving him into the rotation. The fact that the team feels confident in him enough to last three innings without the same work that others got earlier this month is a good sign. Luzardo didn't have his typical swing and miss stuff though in the outing with just five whiffs on 44 pitches he did generate 10 foul balls which could just be baseball being baseball and some of those could turn into whiffs in the next outing. Five of his foul balls came with two strikes on the batter, so even if two of those five can get whiffs next time out it would make his line look significantly different. He's still worth starting every day in an RP slot in the lineup, especially if he can turn in a few more three-inning outings because that will help ratios significantly.

Dylan Bundy, Los Angeles Angels - Dylan Bundy is one of the more intriguing arms entering 2020 as there's a lot of hope that he will be able to unlock some of the promise he had as a prospect now that he's out of Baltimore. Saturday was a good start at showing that. Bundy allowed just one run over 6.2 innings and he struck out seven batters without walking anyone. Bundy's slider usage in this outing jumped to 33%, up from the 22% that he used it last year. This is what we needed to see. Bundy's fastball is a bad pitch, there's no way to sugar coat it, but his slider has always been an above-average offering and the Orioles haven't exactly excelled in recent years at getting arms over the hump at the major league level. We need to see a larger sample (which may just be around two starts this season) before we can make concrete observations about him, but this piques my interest I had coming into the season.

James Paxton, New York Yankees - James Paxton was roughed up by the Nationals Saturday allowing three runs in the first inning on five hits and a walk. This was the only inning that Paxton threw as Aaron Boone turned the game over to the bullpen after that. Every pitcher is going to have bumps, and Paxton is no stranger to the dud game now and then, but the concerning this here was that Paxton's fastball averaged just 92 MPH after sitting around 95MPH last season. The Nats hitters were on him early as they fouled off a ridiculous 14 of his 41 pitches, most of which were balls over the heart of the plate that could have caused even more damage. This is where fantasy is going to be tough this year, how long of a leash do we give players with just 60 games to work with? Especially pitchers with maybe get 10 starts at the most. Paxton's velocity will be the biggest thing that I'm watching heading into his next outing, and it could determine how comfortable I'd be sending him out there for his third trip through the lineup.